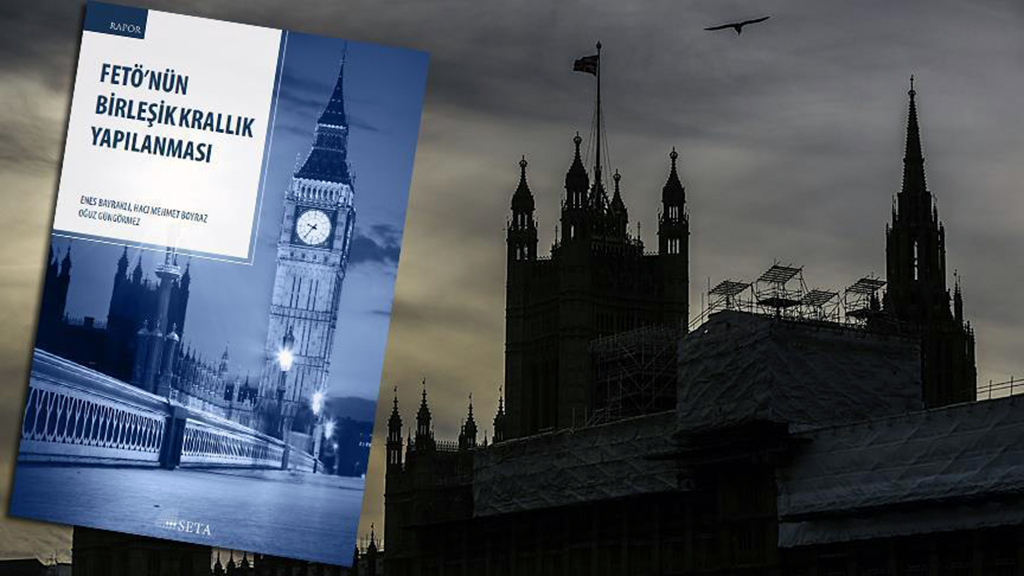 Foundation for Political, Economic and Social Research report says FETO structure in UK dates back to 1993

A Turkish think tank revealed on Saturday the organizational structure of Fetullah Terrorist Organization (FETO) in the U.K.

In its report, the Foundation for Political, Economic and Social Research (SETA) focused on the activities of the terrorist group in media, education, economy and civil society in Britain.

According to the report, FETO activities in the U.K. date back to 1993 when the leader of the terrorist group, Fetullah Gulen, visited the country.

“The organization has spread its activities to the whole country during the 2000s,” the report said.

In 2004, Anatolian Muslims Association was established in the country and later the Mevlana Mosque and Rumi Cultural Center was inaugurated to reach more people.

In 2013, FETO pooled all its institutions under a platform called “Voices in Britain”.

“It has been found that FETO has a very high income in the United Kingdom,” the report added.

The report also said Koza Company established by fugitive Akin Ipek had more than £60 million ($84.82 million). The terrorist group also maintains more than £100 million ($141.37 million) across the country, it added.

FETO and its U.S.-based leader Fetullah Gulen orchestrated the defeated coup of July 15, 2016, which left 250 people martyred and nearly 2,200 injured.

Ankara also accuses FETO of being behind a long-running campaign to overthrow the state through the infiltration of Turkish institutions, particularly the military, police, and judiciary.

Turkey and the Middle East's emerging geopolitical void
Next
Loading...
Loading...
We use cookies to ensure that we give you the best experience on our website. If you continue to use this site we will assume that you are happy with it.Ok