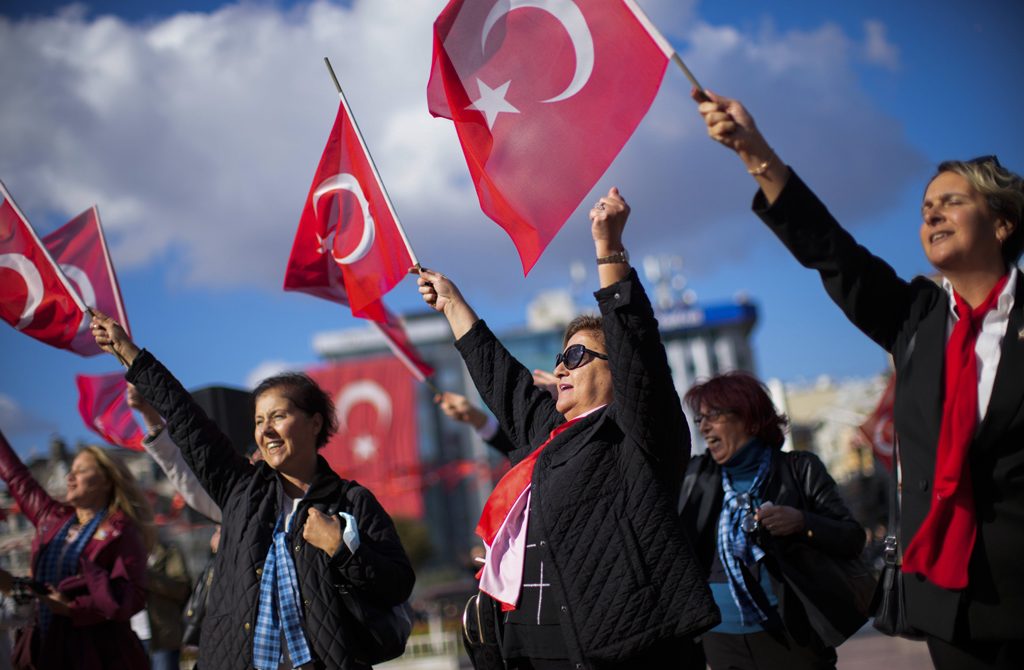 'As the government prepares to take additional steps as part of its positive agenda, much more will be said about the opposition’s delayed unveiling of its program – the Republic’s future – not to mention its continued inability to endorse a joint presidential candidate'

Hardly anyone was surprised to see the opposition criticize “Türkiye’s Century” – President Recep Tayyip Erdoğan’s vision for the future unveiled on Friday.

In truth, that vision was welcomed for invoking a new national consensus, a participatory democratic identity for the republic, positive freedoms, social justice, escaping echo chambers, enrichment through diversity, and the state promoting virtue and justice. However, pro-opposition commentators objected to Türkiye’s Century because they did not consider it believable.

Those critics claimed that the Justice and Development Party (AK Party) could not get anyone to believe in its vision at this point, claiming that the movement’s two-decade track record did not comply with its call for “replacing the politics of polarization with the politics of unifying.”

Some of the more compassionate pro-opposition commentators opted to wait and see what happens.

I believe that the political strategists that invited pro-opposition journalists to Erdoğan’s “vision speech” expected all those reactions.

At the end of the day, being in power entails a burden and responsibility. That the initial reaction from the opposition focused on “credibility” must not weaken the ruling AK Party resolve.

All voter blocs, starting with young people, expect inclusive rhetoric and the replacement of polarization with unification, peace and togetherness.

In this regard, the AK Party should utilize the useful parts of the opposition’s critique to consolidate its inclusive discourse. It must not allow the rivalries and wars of words, which are part of everyday politics, to get in the way of inclusive rhetoric.

Moreover, Erdoğan wrapped up his address with a call on all social groups to “discuss Türkiye’s Century by Oct. 29, 2023” to create a new platform that incorporates, among other things, the opposition’s critique.

That is why the new agenda, which the AK Party helped usher in, focuses on “talking about the Republic’s next century – the future – together.” Ahead of next year’s elections, who comes up with which proposal(s) and how that debate plays out will represent a litmus test.

Keeping in mind the Republican People’s Party’s (CHP) inclination to use the concept of “the republic’s second century” on the campaign trail, “a republic of all” should be the common ground of Turkish politics.

Embracing the republic’s ideals may be the shared value in politics, just as the political debate ought to focus on which captain shall steer the ship (that is Türkiye) in the dangerous waters of today’s world. The question is which vision, principles, group and policy would best secure the country’s future.

For the record, that discussion has to be about the future, not the past. Over the last 20 years, Türkiye experienced a process of normalization for religious people, Kurds and the Alevi community. That process requires the nation to address its remaining problems with an eye on the future.

Anyone that fixates on the past and uses reactionary rhetoric is bound to lose that race. Whoever highlights hope, welfare, development, freedom, participation and justice shall win.

The People’s Alliance gained a significant advantage by selecting its presidential candidate and unveiling its vision without delay. Erdoğan’s vision of Türkiye’s Century, which he should be expected to highlight with new and concrete steps every week, shall help the government maintain its momentum.

If the government chooses to use inclusive rhetoric as it publicizes anything from TOGG, Türkiye’s electric car, to the Black Sea natural gas reserves and the Akkuyu nuclear plant, the opposition’s lack of focus, internal strife and tardiness will become more and more evident.

At this rate, the opposition bloc, popularly known as the “table for six,” is highly likely to face significant crises that will make it harder for them to manage their contradictions and rivalries.

As the government prepares to take additional steps as part of its positive agenda, much more will be said about the opposition’s delayed unveiling of its program – “the republic’s future” – not to mention its continued inability to endorse a joint presidential candidate.

Greece 'not sincere and honest' on Aegean, East Med: Turkish foreign minister
Next
Loading...
Loading...
We use cookies to ensure that we give you the best experience on our website. If you continue to use this site we will assume that you are happy with it.Ok