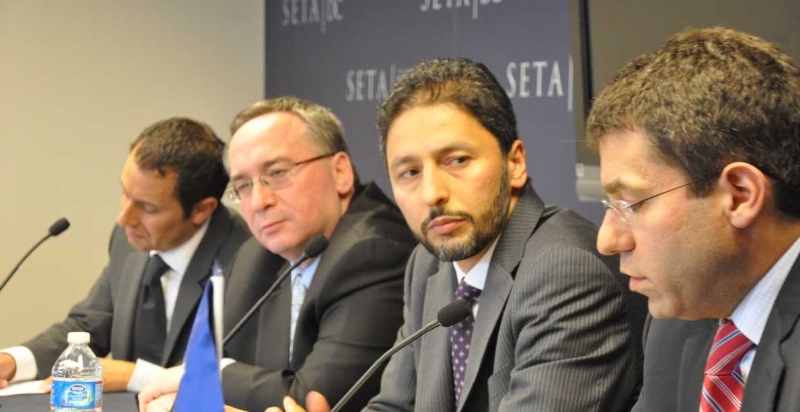 Turkish-Israeli Relations and Regional Dynamics after the Palmer Report

Following the leak of the Palmer Report to the New York Times, Turkey declared that it considered the report null and reduced its diplomatic relations with Israel to the second Secretary level.

The Palmer panel was meant to mend ties between Turkey and Israel but it failed to do so. What will be the regional impact of the worsening relations between the two countries? In the wake of the Arab Spring, how might the Turkish-Israeli fallout affect the political future of theMiddle East? This Policy Debate is based on a panel discussion on “Turkish-Israeli Relations and Regional Dynamics after the Palmer Report” organized by the SETA Foundation at Washington D.C. on September 19, 2011. The panelists included Daniel Levy of the New America Foundation, Steven A. Cook of the Council on Foreign Relations and Erol Cebeci of SETA D.C. and the discussion was moderated by Kadir Ustun of SETA D.C.