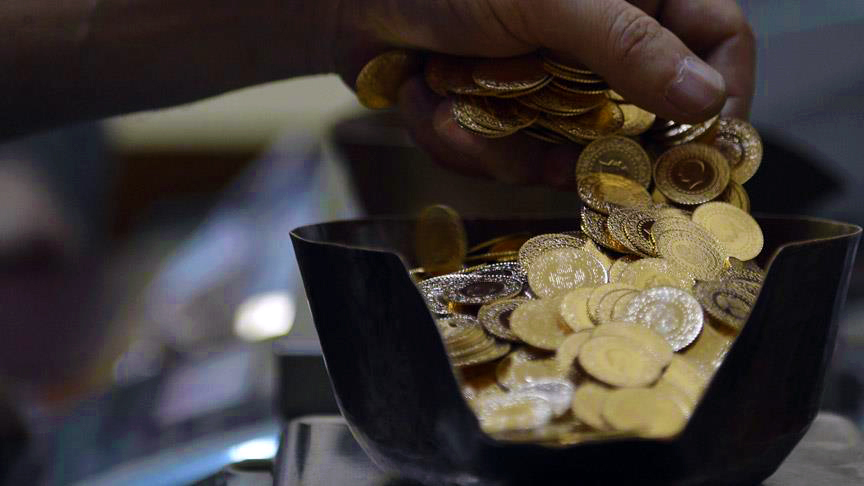 Turkey is bracing for an extremely critical election campaign for general and presidential elections set to take place on June 24. The constitutional framework of the political and …

Turkey is bracing for an extremely critical election campaign for general and presidential elections set to take place on June 24. The constitutional framework of the political and administrative system will shift from a parliamentary to a presidential system, and a comprehensive process of institutional reforms will follow to form a more efficient, effective and transparent public governing structure. While President Recep Tayyip Erdoğan and other presidential candidates have embarked on their intensive election campaigns, political parties have also mobilized their local organizations to maximize their gains in the general elections.

However, the attention of both domestic and international public opinion has shifted from the realm of politics to that of economy in recent weeks in the wake of the worrying plunge in the value of the Turkish lira. Pessimistic analyses claiming that the Turkish economy is headed for a financial crisis and rumors that a stabilization agreement with the International Monetary Fund (IMF) could be in the cards, similar to the case of Argentina, began to circulate in mainstream international media outlets. So how much of this pessimism is grounded in objective economic reality and how much of it represents economic expressions of the political distaste for Erdoğan and Turkey’s autonomous foreign policies by the Western world?To set the record straight, it is a factual reality that interest rate levels in U.S. markets are going up because of the hawkish financial stance of President Donald Trump and impending interest rate hikes by the Federal Reserve. This creates systemic pressure on the currencies of most emerging economies as international investors are looking to gradually exit from these markets and take their funds “back home.” Therefore, part of the pressure on the Turkish lira has been directly related with these global macro trends.

Yet, it is also true that the Turkish lira has negatively decoupled from other emerging market currencies and started to depreciate faster, paving the way for rumors of a speculative attack aimed at triggering a financial crisis in the country before the elections. Most of the international financial observers and credit rating agencies interpret the worsening performance of the Turkish lira vis-a-vis the American dollar, euro and other global currencies as a direct consequence of the erosion of trust in the Central Bank of the Republic of Turkey’s (CBRT) independence and the capability of the economic governance mechanisms. Erdoğan’s criticism of the CBRT due to its poor performance in bringing down inflation and interest rates, as well as his remarks on taking a more central position in financial management after the elections are then cited as instances of political intervention.

Objectively speaking, we believe that the alleged erosion in the functional independence of the CBRT as well as the prudence of Turkey’s economic bureaucracy in international circles reflect a pessimistic view on the country’s political and economic prospects. But this pessimistic view does not do justice to the comprehensive economic governance reforms that were accomplished in Turkey and designed to increase its resilience against international shocks; or the relatively high institutional capacity of the CBRT compared to its peers in other emerging markets. Turkey came through the global financial crisis and several domestic political shocks such as the Gezi incidents, the Dec. 17-25 judicial coup attempts and the attempted coup of July 15, 2016 without plunging into financial or macroeconomic crisis.The country accumulated a huge reservoir of institutional know-how when it comes to managing risks that stem from international fluctuations or domestic political/economic shocks. When it comes to Erdoğan, he is known to be a frank and forthright political leader; and his verbal criticisms for tight monetary policy should not be interpreted as organized pressure on the CBRT. Throughout his political career, Erdoğan has respected economic rationality and maintained his awareness on the strong link between economic prudence and strong political legitimacy. This was proved once again when the CBRT made a move for “powerful monetary tightening” and raised interest rates in the late liquidity window from 13.5 percent to 16.5 percent by 300 points following an extraordinary meeting of its monetary policy committee. Following this move and additional measures taken by financial authorities, the exchange rate for the Turkish lira came down from the historical peak of 4.92 against the U.S. dollar and stabilized at around 4.60.

Turkey continues to present valuable growth opportunities for international investors thanks to its sound macroeconomic framework, strong human resources, large domestic market and expanding economic sectors. Negative perceptions about the country, which might stem from diverging foreign policy interests with the U.S. in the Middle East and elsewhere, should not be translated into unfounded concerns on economic prudence. Turkey’s economic governance architecture is robust enough to withstand domestic and international shocks and will weather many storms to come.

Kissinger's message to Trump
Next
Loading...
Loading...
We use cookies to ensure that we give you the best experience on our website. If you continue to use this site we will assume that you are happy with it.Ok