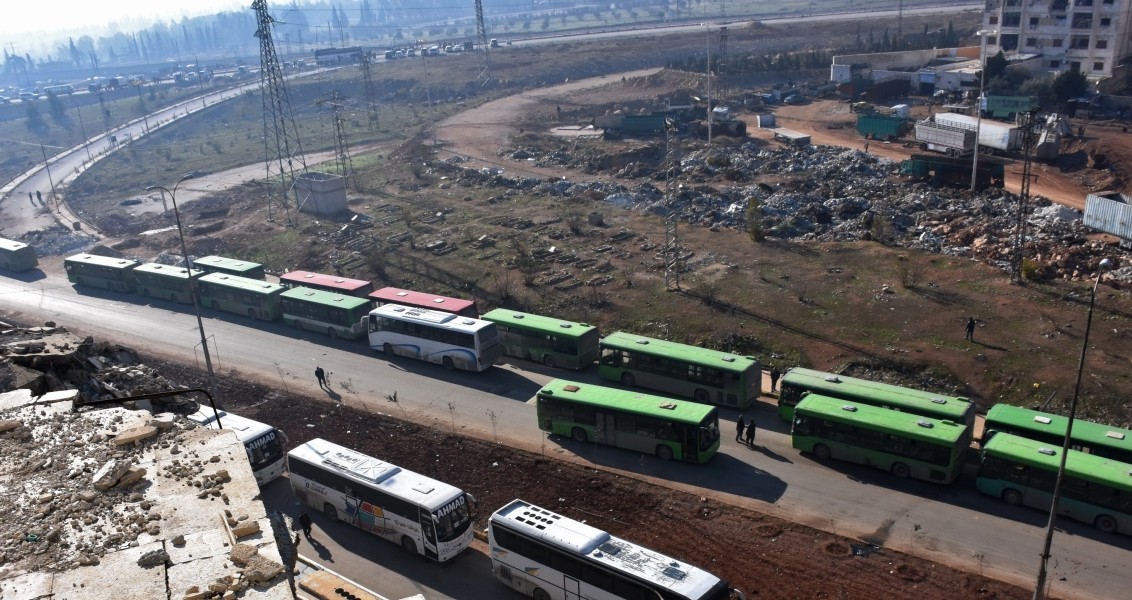 After six months of a Russian-imposed siege, Aleppo has fallen. Like Grozny in 1999, tens of thousands of innocent civilians lost their lives in the process. Heavy bombardment destroyed the ancient city’s infrastructure, hospitals, schools, market places and bakeries. In some cases, barrel bombs, white phosphorus munitions, napalm and cluster munitions were used against Aleppo residents as the world watched from the sidelines. Ignore the competition between Russian and American diplomats over who is more ruthless, deceptive or shameless: It is true that Russia has been trying to crush the Syrian opposition since November 2015. But let us bear in mind that it was the Obama administration that rolled out the red carpet for the Kremlin in the first place.

The Aleppo massacre, like the July 1995 genocide in Srebrenica, marked the death of humanity and the values it claims to have. While some experts like to draw parallels between the destruction of Syria’s second largest city and places like Warsaw and Stalingrad, it’s important to remember that two rival powers – Germany and the Soviet Union – were fighting each other during World War II. In contrast, the battle of Aleppo pitted lightly armed fighters and civilians against the air forces of a superpower, militants controlled by a regional power and a ruthless regime – Russia, Iran and the Assad regime, respectively. In this sense, the only meaningful comparison would be the Srebrenica genocide.

The partial cease-fire agreement brokered by Turkey and Russia represents the only opportunity for innocent civilians stuck in eastern Aleppo to escape the Assad regime and the Shiite militias. Unwilling to accept the terms of agreement, the Iranian-backed militants have been targeting Idlib-bound rebels and civilians. Over the past 48 hours, evacuation convoys have come under attack, as President Recep Tayyip Erdoğan repeatedly spoke with his Russian counterpart in an effort to keep the cease-fire going and open a humanitarian corridor in the area. Meanwhile, Turkish officials told the media that preparations had been made for evacuees leaving Eastern Aleppo. The Kremlin, in turn, tries to keep the deal alive despite resistance from Iran and the Assad regime.

The war, however, won’t end if and when the opposition successfully relocate to Idlib. After six years of fighting, it’s clear that cease-fire agreements won’t necessarily lead to a political transition process. Over the next few weeks, Russia, Iran and the regime will turn against moderate opposition in Idlib and outside Aleppo. Even though it’s practically impossible to lay siege on Idlib, which borders Turkey, the regime campaign will force the opposition to abandon urban areas and adopt guerrilla tactics. Needless to say, the world won’t care when the moderates are being bombed in the mountains under the pretext of fighting the Nusra Front and other radical groups – after all, they kept silent when Aleppo came under attack. Another important question is what the future holds for the safe zone that Turkey creates by launching Operation Euphrates Shield in August.

Here’s what Turkey needs to do moving forward: The Turkish-backed Free Syrian Army (FSA) needs to liberate al-Bab and reinforce the safe zone with moderates who left eastern Aleppo under the Turkey-Russia deal. Once deployed to the safe zone, the government will have to prevent clashes between the opposition and the regime to avoid placing the safe zone at risk.

Meanwhile, it will be important to ensure that military equipment left in Palmyra by regime forces won’t be used against Turkey and the FSA. Again, the regime will presumably seek to work with PKK and People’s Protection Units (YPG) militants to stop the opposition advance. While the military campaign continues on the ground, Turkey should communicate its concerns about Iran’s growing influence over Syria with Israel and the United States. Finally, it’s extremely important to identify the differences of opinion between Russia and Iran. With Donald Trump in the White House, Washington could shake hands with Russia and Turkey to jointly stop Iranian expansionism.

Calling for 'Psychological Partition' In Turkey as a Form of Wishful Thinking
Next
Loading...
Loading...
We use cookies to ensure that we give you the best experience on our website. If you continue to use this site we will assume that you are happy with it.Ok