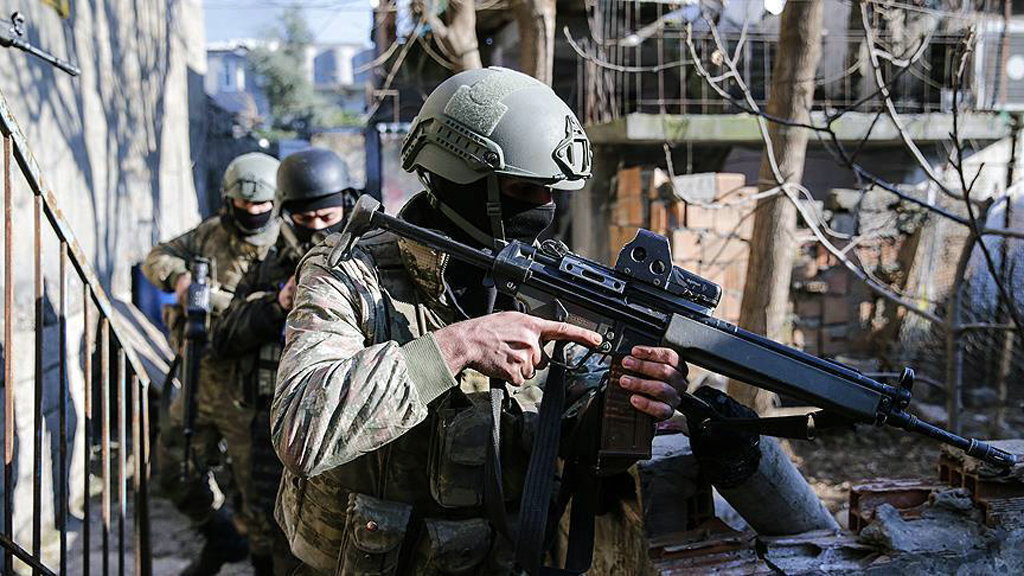 The terrorist PKK’s affiliates in Europe, Turkey, and northern Iraq has responded differently to the coronavirus outbreak after the virus transformed into a pandemic. First, the PKK is trying to use the coronavirus pandemic to spread its ideology and to use political violence in Turkey and northern Iraq. However, Turkey’s counterterrorism operations conducted by both the National Intelligence Organization (MIT) and the Turkish Armed Forces (TAF) as well as operations conducted by the Ministry of Interior have prevented the PKK’s exploitation of this opportunity. As a whole, not only the coronavirus but also recent national and regional developments are pushing the PKK into a new strategy change. The pandemic may be the trigger for this strategic change.

Thus, the PKK has targeted Turkey through violent terrorist attacks as well as fake news and black propaganda since March 2020 when the first COVID-19 cases emerged in Turkey and neighboring countries. The PKK’s affiliates in European countries resorted to forming a new division called “Anti-Corona European Coordination” with the claim of providing accurate information to Turkish citizens on the developments in Turkey related to the pandemic. Through the articles published by this organization we learn that the affiliates of the terrorist organization in the EU have adopted a work agenda that can contribute to the logistics and lobbying activities of the terrorist organization such as increasing support activities for the elders, chronic patients and asylum camps; intensifying the propaganda of the terrorist organization to be conducted on social media; and activities involving the arrangement of fundraising campaigns. The main dynamism of the mentioned formation comes from the European Women’s Branch of the PKK (TJK-E) and the European NGO Representation (KCDK-E).

Similarly, PKK members, who established a so-called Crisis Desk in Berlin, claimed that they were carrying out activities aimed at informing their audience. In addition to its activities in the EU countries, the ongoing propaganda of political entities targeting Turkey has remarkable similarities with the PKK discourse. The opposition Peoples’ Democratic Party (HDP) carried out black propaganda with the aim of tarnishing the credibility of the Turkish government’s statements regarding the COVID-19-related developments in the country, and primarily targeting a statement of the minister of health, who said the number of COVID-19 cases in Turkey as of late March 2020 was 670.

The HDP’s unfounded statements went on to target the management and health system of prisons on the alleged grounds that even the children in prisons are ill. On the other hand, the supporters of the HDP and PKK-sponsor entities criticized the dismissal of the mayors of a number of provinces in southeastern Turkey and their replacement with trustees, claiming that the main threat that needs to be tackled is coronavirus.

The PKK resumed its attacks in the spring of 2020. Already employing hit-and-run tactics with growing intensity due to the waning number of its tactical terrorist elements thanks to Turkey’s effective counter-terror operations, the terrorist group is now attempting to exploit the coronavirus crisis and increase its attacks.

The PKK threat to public order resurfaced as of March, when the first cases of the coronavirus began to appear in the country. Indeed, since Jan. 9, 2020 the PKK has carried out nine terrorist attacks; it carried out five of these attacks after March 10, when the first COVID-19 diagnoses were made in Turkey.

Turkey has sustained its preventive intervention approach adopted for the establishment of public order with the objective to establish health, security and social peace. In this respect, Turkey’s fight against terrorism at home and across its borders is built on the aim of eliminating the terrorist elements belonging to the PKK during the “potential” threat phase. Turkey’s counterterrorism operations have proceeded actively after the coronavirus outbreak. It was announced on April 7, 2020 by the Minister of Interior Suleyman Soylu that the coronavirus pandemic had been rapidly spreading within the ranks of the terrorist organization during this period, with 38 determined cases in the terrorist organization at that time.

The MIT and the TAF carried out 221 coordinated domestic and cross-border operations in southern Turkey and northern Iraq in the period between January and May 2020. As a result of the operations, they seized 17.502 pieces of primarily vital material, communication equipment, light weapons etc., and also 162 tactical terrorist elements were neutralized. During the same period, members of the Police and Gendarmerie under the Ministry of Interior continued to carry out operations at home and in frontier regions with the “seek and destroy” operational approach. In the period since January, a total of 217 PKK terrorist have been neutralized as a result of 19,555 operations in rural areas and 11,868 operations in urban areas.

Turkey’s targeted operations against the PKK camps in northern Iraq have also continued within the framework of a geostrategic planning. The operation conducted on April 15, 2020 against the PKK camp named Zine Werte, which recently began to gain prominence, represents Turkey’s intervention in both political and geo-strategic sense against the terrorist organization. The topographic and strategic importance of the region comes from the fact that it is still home to the PKK’s supply lines and crossing points between the so-called “regions” of the terrorist organization. Similar conditions apply to the Kurdistan Democratic Party (KDP).

After the coronavirus period, the PKK may aim to move on to a “strategic balance” phase by withdrawing its terrorist elements to its rural shelters and waiting for favorable conditions to emerge due to the climate. If such an attempt is made, it is highly probable that the PKK will not be able to receive any support from the Kurdish political formations in northern Iraq. Thus, as a result of the operation carried out within the scope of Turkey’s counterterrorism strategy, almost all of the tactical elements of the terrorist organization seem likely to be eliminated.

A political transition in Libya?
Next
Loading...
Loading...
We use cookies to ensure that we give you the best experience on our website. If you continue to use this site we will assume that you are happy with it.Ok