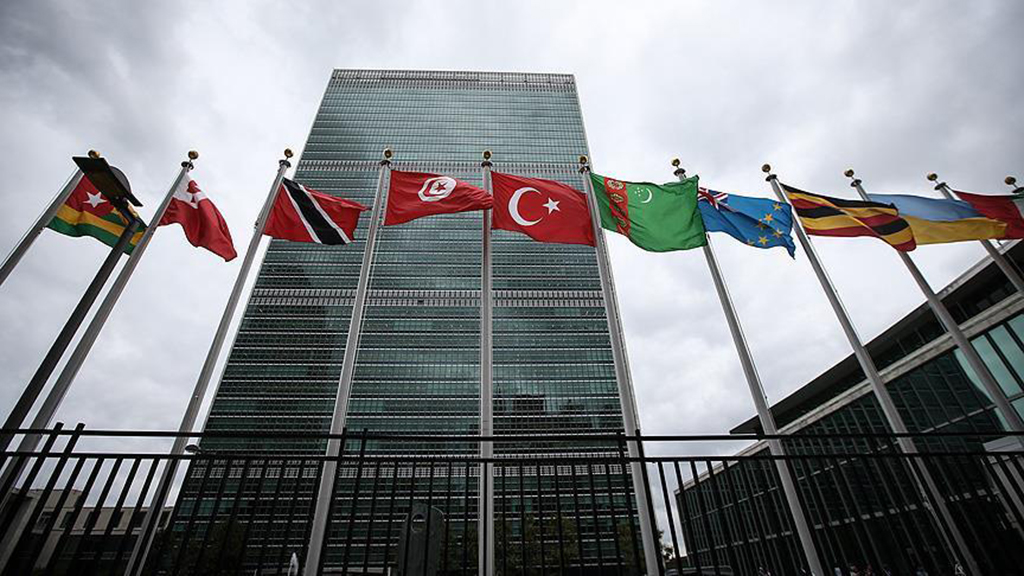 It is needless to say that 2017 was a challenging year for Turkish foreign policy, as the country struggled to alleviate the lurking effects of the foiled military …

It is needless to say that 2017 was a challenging year for Turkish foreign policy, as the country struggled to alleviate the lurking effects of the foiled military coup a year ago via judicial and security measures while trying to maintain amicable relations with global powers and regional actors. Maintenance of the state of emergency has created frictions, especially with European countries that criticize alleged human rights breaches and judicial procedures applied to individuals associated with the Gülenist Terror Group (FETÖ). Relations with the U.S. also deteriorated in view of the latter’s refusal to extradite Fetullah Gülen, who was the mastermind of the July 15 coup attempt, persistence to militarily support the PKK-associated Democratic Union Party’s (PYD) People’s Protection Units (YPG) militia in northern Syria on the pretext of fighting Daesh and pursuing a forged trial against Hakan Atilla, the deputy CEO of Halkbank, for breaching U.S.-imposed economic sanctions on Iran. Following publicized debates around the trial and new information displaying the role of U.S. Embassy staff in the foiled coup attempt, Turkish-U.S. relations deteriorated so badly that visa procedures for Turkish citizens were held up for months. Turkey’s initiative to purchase advanced S-400 missile defense systems from Russia to increase its air defense capacity triggered another crisis with NATO, as certain members of the alliance claimed that this step was against the principle of collective security. As if these disagreements with the Western world were not enough, the regional context of Turkish foreign policy was also shattered by successive crises.

The first such crisis was incited by the Kurdistan Regional Government (KRG) administration’s decision in northern Iraq to hold an illegal referendum for full independence, which was immediately followed by the Qatari crisis that unfolded with the coordinated actions of Gulf Cooperation Council (GCC) countries to isolate Qatar through political and economic sanctions. Finally, a broader crisis for the Muslim world and international community was triggered with the provocative and unilateral decision from U.S. President Donald Trump to declare Jerusalem as the capital of Israel and urge all countries to move their diplomatic missions there.

Turkey’s moral and principled foreign policy based on respecting national sovereignty and territorial integrity, promoting peace and stability, expanding bilateral cooperation and defending freedom of belief for all faiths became effective in the resolution of these crises. Against the regional chaos that the illegal KRG referendum could precipitate, Ankara effectively collaborated with its neighbors, namely Baghdad and Tehran, and as a result of which the abortive decision by then KRG President Masoud Barzani fell into the abyss. Likewise, in the Qatar crisis, Turkey defended the territorial integrity and sovereignty of Qatar and underlined her consistent stance by sending an advisory military unit to Doha at the peak of the crisis. Turkey’s decisive posture was influential in convincing other regional actors that illegal interventions into national sovereignty of particular states in the Gulf will harm regional stability. Finally, following the provocative decision of the U.S. to declare Jerusalem as the capital of Israel, Turkey showed effective leadership in the Organisation of Islamic Cooperation (OIC) and the United Nations. As the OIC summit chairman, President Recep Tayyip Erdoğan gathered a leader’s summit in Istanbul seven days after the official declaration by the U.S., where representatives from 46 Muslim countries declared east Jerusalem as the occupied capital of the Palestinian state. This diplomatic achievement was galvanized with a following success in the United Nations General Assembly where a resolution condemning the unilateral U.S. declaration was accepted with the support of 128 countries.

All these outcomes on the foreign policy front help to illustrate that allegations that Turkey is isolated by the international community are flawed and futile. Its moral and principled foreign policy based on respect for national sovereignty and equality of bilateral partners while openly criticizing structural injustices in the international system and its institutions has provided ample ammunition and paid generous dividends. The U.S. has reinstated the visa services in Turkey, relations with European countries have begun to improve with a new period of rapprochement on the horizon and Turkey’s prestige in the Muslim world reached its zenith following its leadership on Jerusalem in both the OIC and U.N. The exceptionally warm reception shown to Erdogan during his four-day visit to Sudan, Chad and Tunisia was testament to this rejuvenated moral capacity underlining Turkey’s emerging power politics.

Ending Turkish-US visa crisis a great start to 2018
Next
Loading...
Loading...
We use cookies to ensure that we give you the best experience on our website. If you continue to use this site we will assume that you are happy with it.Ok