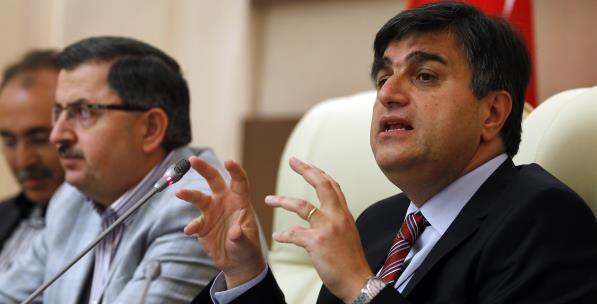 This declaration is a large step towards protecting academic freedom to its full extent on campuses.

More than three decades ago, the Council of Higher Education (YÖK) was established after the military coup of Sept. 12, 1980 in Turkey. YÖK seized the power and dominance over governance of Turkish universities and was later placed under the guarantee of the 1982 constitution. Particularly during the 1980’s and 1990’s, YÖK was known for its harsh policies and bans in universities. Irrespective of criticism, protests and demonstration against YÖK, the council continued to intervene in university administration and the personal life of academics and students. Undoubtedly the protests against YÖK are directly related to the claim that YÖK ended university autonomy in Turkey.

While there is a need for a coordinating body over universities, the way YÖK has acted in the previous decades was beyond coordination and instead provoked various disputes. Especially during the Feb. 28, 1997 or so-called “postmodern coup,” YÖK limited the academic freedom of students and academics. Due to their political views, many rectors, administrators, and academics were forced to resign by YÖK. Moreover, the headscarf ban on campuses was implemented very harshly. As a result of the ban, thousands of students were forced to either drop out of universities or to stop wearing the headscarf. During the same period, YÖK started the so-called “coefficient” system, thus limiting the student’s learning opportunities from vocational and religious schools.

Although there are still some problematic decisions and implementations of YÖK, today’s YÖK is incomparable with the former of the 1980’s and 1990’s. After the election of President Abdullah Gül and subsequently the appointment of Yusuf Ziya Özcan as the president of YÖK in 2007, there has been a stabilization and normalization of a higher education system in Turkey. For instance, YÖK has lifted the headscarf ban on campuses and thus expanded the academic freedom of students. In 2010, one of the largest academic amnesty/relief in Turkish higher education history was declared and thousands of students who dropped out could come back to the universities to continue their education. In other words, as Turkey is taking huge steps to normalize and stabilize Turkish social and political life, YÖK is also following these steps accordingly.

In terms of stabilization and liberation, Nov. 6, 2013 will be one of the most important dates in the history of Turkish higher education. At the 31th anniversary of YÖK, while there were protests and demonstrations against YÖK on the streets and campuses, the president of YÖK, Professor Gökhan Çetinsaya, surprisingly announced Turkey’s first academic freedom declaration that includes nine articles about the academic freedom of faculty members and students. Çetinsaya also publicly distanced himself from the former YÖK’s rigid and authoritarian policies. This declaration is a large step towards protecting academic freedom to its full extent on campuses. It is the responsibility of everybody to make sure that the academic freedom of each student and faculty member is not violated.

There is Nothing Artificial about the Crisis of Occupation
Next
Loading...
Loading...
We use cookies to ensure that we give you the best experience on our website. If you continue to use this site we will assume that you are happy with it.Ok