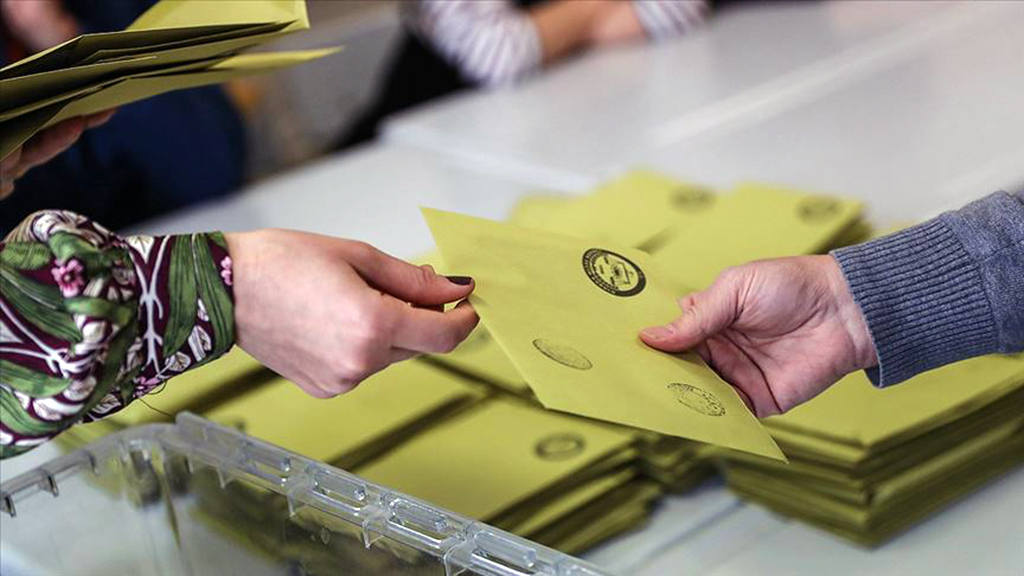 Turkey’s elections beyond the local context

Turkey's local election campaigning took on the tone and tenor of general elections this year, and survival was the predominant theme in President Recep Tayyip Erdogan's campaign discourse.

What do the local election results in Turkey mean for the parties involved?

Turkey’s local election campaigning took on the tone and tenor of general elections this year, and survival was the predominant theme in President Recep Tayyip Erdogan’s campaign discourse. The polarisation between the two main electoral blocs helped the opposition to consolidate itself against President Erdogan’s AK Party, and voter turnout was high – approximately 85 percent.

The AK Party went into the elections allied with the Nationalist Action Party (MHP) under the banner of the People’s Alliance in 30 cities. Overall the AK Party won its 13th consecutive election victory since 2002 with its alliance taking just over 51 percent of the votes with its closest contender, the Nation Alliance (CHP and the IYI Party), managing just over 37 percent of the vote.

Despite its success, the AK Party and the People’s Alliance’s success was overshadowed by the loss of the capital Ankara and Antalya, and Istanbul according to the unofficial results (the electoral commission declared the day after the election that the CHP was ahead in the incredibly tight race, but the result is currently in dispute).

The AK Party maintained its position as the most popular party among the Turkish electorate. The People’s Alliance won a total of 50 cities. President Erdogan declared his party and the People’s Alliance as the winner of Sunday’s polls. The Nation Alliance won in 21 cities. It seems that the support for HDP in metropolitan areas helped to increase the support base of the Nation Alliance.

Votes in Istanbul will probably be recounted, but the opposition candidate Ekrem İmamoglu seems slightly ahead of AK Party/People’s Alliance candidate Binali Yildirim before the recount. Erdogan, in his balcony speech said, “We gained many of the districts but lost some of the metropolitan municipal governments.”

Overall, the results are so similar that it demonstrates that the alliance system works consistently. The Nation’s Alliance also maintained the gains it made in the presidential elections. The HDP won in 8 cities, 3 of which are metropolitan cities, or big cities.

The other big winner of the local elections is the CHP, and the disciplined unity of the opposition can explain a big part of their success as even HDP voters supported the Nation Alliance without officially being part of the alliance.

Though the CHP only took 30 percent of the votes as a party, it was able to win in three major cities with the support of the HDP. Ethnic Kurdish-nationalist HDP and the secular Turkish-nationalist IYI Party came together with secular left-oriented CHP against Erdogan’s AK Party and the MHP. The Islamist Saadet Party also acted along with this alliance.

Managing to keep both secular Turkish nationalists and Kurdish ethno-nationalists within one alliance was a difficult task, but the plan worked, and the CHP gained 21 cities including ten metropolitan cities.

Together with the IYI Party, the HDP can be considered as the two main losers of the elections. HDP lost important cities Agri, Sirnak, Bitlis to the AK Party; Igdir to the MHP and Tunceli to the Turkish Communist Party.

The HDP is gradually losing its support base in its strongholds in eastern and southeastern parts of the country. This is a significant trend. The AK Party gained eight (Adiyaman, Agri, Bitlis, Bingol, Sanliurfa, Elazig, Sirnak, Mus) of the 17 cities that are densely populated with members of the Kurdish or Zaza communities. The HDP did manage eight cities (Diyarbakir, Batman, Mardin, Siirt, Hakkari, Van, Kars, Igdir) that are traditional strongholds of the party, but there was a considerable decline in the HDP’s vote share. The HDP’s inability to politically distance itself from the terrorist PKK worked against the HDP.

The IYI Party can be considered the biggest single loser in the election. They gained more than 7 percent of the vote without winning any municipalities. The party’s other nationalist competitor, the MHP, gained 11 cities with just over 7 percent of the vote. Being part of the People’s Alliance helped the MHP whereas the IYI Party gained no municipalities from its alliance. The IYI Party elite will most likely re-evaluate their party’s partnership with the CHP as election tensions simmer.

The election results can still be considered a success for the People’s Alliance because the elections took place during an economic downturn in Turkey. In the second half of 2018, the Turkish currency depreciated more than 30 percent, and inflation increased more than 20 percent triggering an economic slowdown.

President Erdogan took a significant risk to turn the elections into a general election atmosphere. The last time there was an economic slowdown due to the 2008 financial crisis, Erdogan’s party gained 38 percent of the votes in 2009 municipal elections. Five years later in 2014, and during another economic downturn, the ballots of the AK Party jumped to 43 percent. This shows an increase in the AK Party’s voter base despite the fluctuations in the Turkish economy.

Municipal elections are comfortable occasions for the dissatisfied electorate to give a warning message to the governing party. It would not change the government, but it gives clear signals to governing parties about the shortcomings of their policies. The Turkish electorate maintained its strong support for President Erdogan but failed to endorse some of the candidates of the governing party.

Strong popular support will give president Erdogan opportunities to make some structural reforms in Turkey’s economy and bureaucracy. No elections are scheduled for the next four years at least, and President Erdogan may have enough time to deal with structural problems in Turkey. It seems that President Erdogan will start the reforms within his party by making some changes after a careful evaluation of the election results and his party’s performance.

How to tackle the remnants of Daesh
Next
Loading...
Loading...
We use cookies to ensure that we give you the best experience on our website. If you continue to use this site we will assume that you are happy with it.Ok