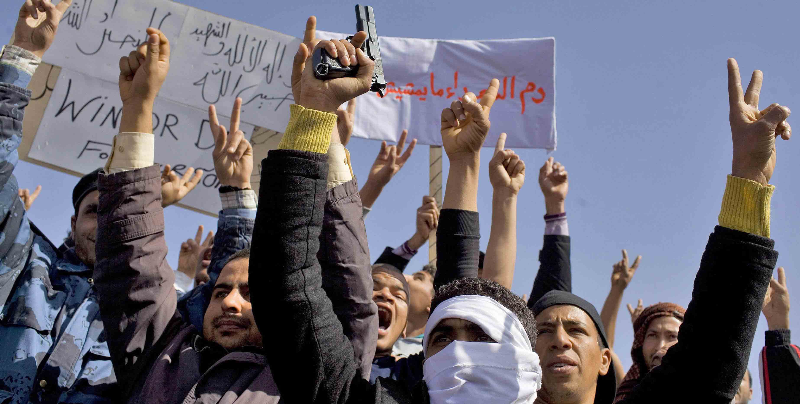 Relations with the region have been multi-faceted, encompassing diplomatic, economic and civil society dimensions since 2002.

Turkey rejected participating in the invasion of Iraq, a trigger for the Arab Spring and thus it had already taken the first constructive step after decades of silence in its foreign policy. Right before the occupation of Iraq, Turkey intensified its relations with neighboring countries so that the cost of the invasion would not increase. Turkey maintained close relations with the Arab world under the framework of its “zero problems with neighbors” policy after 2002.

Relations with the region have been multi-faceted, encompassing diplomatic, economic and civil society dimensions since 2002. Turkey actively and positively participated in the resolution and discussion of major issues in the Arab world, reacted to Israel after its attack on Lebanon, was directly involved in the Palestinian issue and facilitated proxy talks between Israel and Syria. In addition, Turkey’s sharp and clear reaction to Israel’s attack on Gaza improved its image in the Arab world, which was further boosted with Prime Minister Recep Tayyip Erdoğan’s outburst at Davos. Israel’s May 2010 attack on the Mavi Marmara, an international humanitarian aid ship on its way to Gaza, which resulted in the deaths of one U.S. and eight Turkish citizens, brought Turkish-Arab relations to “a different” level.

Israel’s insistence on keeping with the status quo and aggressive policy has encouraged Turkey to repair its relations with the Arab world in a short period of time. Turkey has turned into a country that confronted Israel not only for its attack against Turkish citizens but also for its occupation of Arab lands and violence against the Palestinians. Accordingly, Turkish-Arab relations have transformed dramatically. In the same vein, Turkey voted against the U.N. Security Council sanctions resolution against Iran, a non-Arab country, as a member of the Security Council and thus the perception of Turkey as a country “that resists external impositions” gained strength.

To understand the impact of Turkey in the creation of the Arab Spring one may look at the background in which the slogans “bread, freedom and dignity” and “the people demand the fall of the order” emerged. Turkey has been seen as a success story for those countries suffering from a lack of democratization, economic development and distribution of income, and despised and oppressed by Israel.

These two slogans opened avenues of understanding to see and compare the Turkish experience with “economic development, democratization and resisting external impositions” and “questioning global and regional order”: Turkey has become the largest economy of the region although it does not enjoy any oil revenue, it has taken structural steps toward democratization, it has clearly showed its reaction to Israel when necessary and it has established relations with the West without letting others oppress its people. People who want to change toward a model based on Turkey enthusiastically welcomed Prime Minister Erdoğan, openly asking him to fill the political vacuum after the Arab revolutions.

Seeking Justice and Accountability: Rights Abuses and the Arab Uprisings
Next
Loading...
Loading...
We use cookies to ensure that we give you the best experience on our website. If you continue to use this site we will assume that you are happy with it.Ok