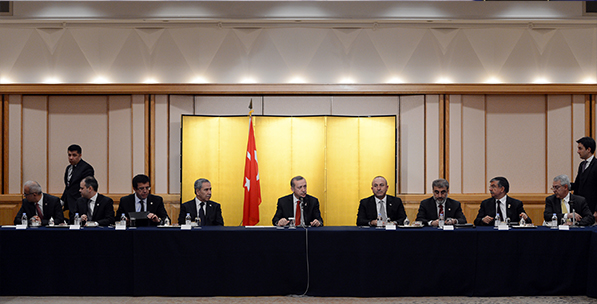 Corruption cases have a devastating impact on political parties. Turkey was recently hit by a corruption probe that shook the country's government. On December 17, 2013, Turkish police detained over 50 people as part of an investigation into alleged corruption.

Corruption cases have a devastating impact on political parties. Turkey was recently hit by a corruption probe that shook the country’s government. On December 17, 2013, Turkish police detained over 50 people as part of an investigation into alleged corruption.

What made the probe significant was the fact that three of the detained were sons of ministers in the ruling Justice and Development Party (AK Party).

The Impact on the AK Party

The investigation has the potential to harm the AK Party’s image. The AK Party came to power in a landslide victory in the 2002 elections with stated commitments against corruption, which was a characteristic of previous Turkish governments. Prime Minister Recep Tayyip Erdogan’s most noticeable argument was his claim of being different to previous administrations in terms of fighting corruption.

Therefore, accusations of corruption have the potential to negatively impact the AK Party government, which has gained public sympathy for its democratization efforts and clean politics, more so than any political party in Turkey.

Nevertheless, the impact of the probe on Turkish politics is highly related to how the government will handle the issue, since it may damage the political bases the AK Party stands on. The AK Party’s commitment to fight against corruption should always be on the agenda. Otherwise, to remain indifferent to the allegations of corruption will be costly for the government in the upcoming elections.

However, there is another side of the coin in the corruption probe capturing the attention of Turkish media more than the accusations themselves. The political effects of the probe are on the agenda rather than its legal side.

The investigation may be affected by public opinion due to the fact that over 50 people, charged with allegations from three separate incidents, were arrested at the same time as if the cases were related to one another. For many, this raises serious questions over the legitimacy of the charges.

This is why the AK Party considers the corruption investigation to be a politically engineered plan as well as an attempt to influence the upcoming vote — Turkey is set to hold local elections in March, presidential elections in July, and general elections in 2015.

There is a certain perception shared by the majority of Turkish people regarding the corruption probe. It is highly plausible that members of the Gülen movement from within the ranks of the police force and the judiciary had something to do with the investigation.

Fethullah Gülen, the US-based conservative Islamist leader, has a vast network of schools within Turkey as well as outside and has been an important actor with recent developments. Gülen’s followers hold key positions in certain government departments, especially within the police and judiciary — both of which are conducting the investigation.

It is not new to Turkey that Gülen’s conservative movement has spoken out against governmental policies. Therefore, the current probe can actually be seen as a continuation of previous stances and actions by the group.

The movement’s first opposition to the AK Party can be traced back to the Mavi Marmara incident in May 2010, when nine activists were killed and dozens wounded after Israeli commandos raided an aid flotilla heading from Istanbul to the Gaza Strip. The Gülen movement never approved of the Turkish government’s stance against Israel following the incident as well as the AK Party’s foreign policy, especially on Syria.

Another crack in the former alliance between the Gülen movement and the AK Party developed in connection with the Kurds. Erdogan’s government initiated the ongoing peace process, with Abdullah Öcalan and the Kurdistan Workers’ Part

Is Turkey a Winner or a Loser in Foreign Policy?
Previous