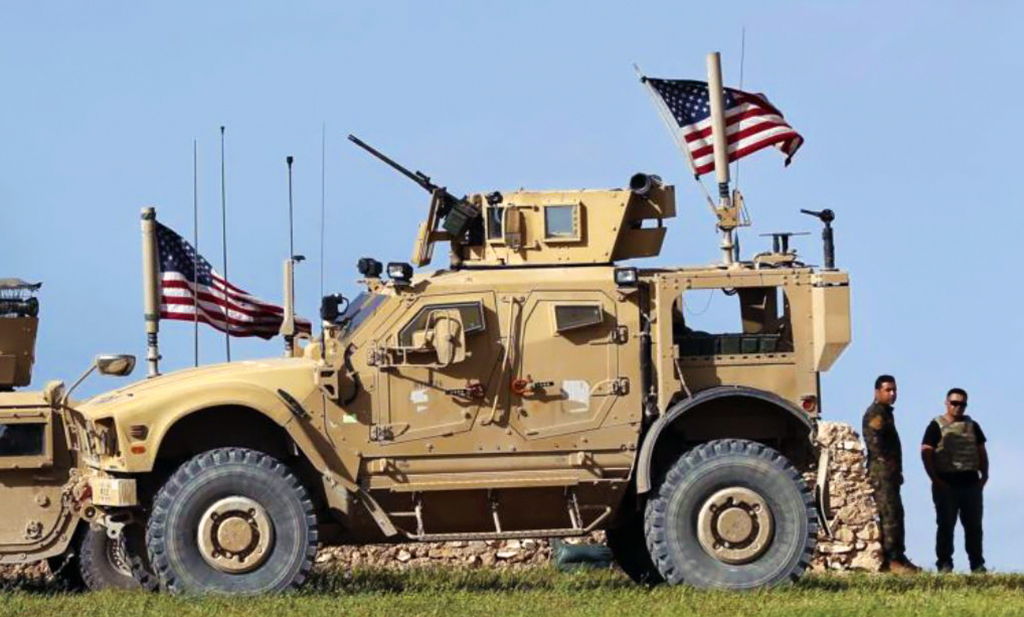 Turkey wary of US ‘observation post’ plan in northern Syria

Ankara is perturbed by the U.S. plan to set up observation points in northern Syria controlled by the PKK-affiliated People's Protection Units (YPG) due to concerns that it may lead to legitimizing the group's presence in the area.

“We want to be the people to call the Turks and warn them if we see something coming out of an area that we’re operating in.”

Speaking to Daily Sabah on the issue, Can Acun, a Syria expert, said that it is not possible for Turkey to accept such a move, adding that Ankara wants the U.S. to completely halt its military and political help for the YPG.

The Foreign Ministry did not comment on the issue when contacted by Daily Sabah.

If Ankara accepts U.S. cooperation with the YPG, many also say that it would mean the legitimization of the YPG by Turkey, a move that remains a red line for Ankara.

The U.S. has been cooperating with the Syrian Democratic Forces (SDF), which is an umbrella group consisting mostly of YPG terrorists, under the pretext of fighting against Daesh. This support remains a source of tension between Washington and its NATO ally Ankara, which has been suffering from the PKK’s decades-old deadly campaign against the state.

Mattis added that the U.S. is consulting “closely” with both the Turkish military and the State Department. “We are going to track any threat that we can spot going up into Turkey. That means we will be talking to Turkey’s military across the border,” he said.

Acun pointed out that the U.S.’ latest moves, including putting $12 million bounties on three key PKK leaders and Mattis’ announcement of establishing observation posts in northern Syria, may be attempts to prevent a likely Turkish military operation into the area east of the Euphrates, which Ankara has been putting an emphasis on recently. President Recep Tayyip Erdoğan and other Turkish officials have been signaling a likely expansion of Turkey’s military campaign in Syria into the much larger YPG territory east of the Euphrates if the threat continues.

Erdoğan also said Turkey regards Washington’s decision to put bounties on members of the PKK terrorist organization’s leadership as a move to distinguish and legitimize the YPG existence in Syria, adding that Ankara could not be persuaded by such a strategy.

Although the U.S. recognizes the PKK as a terrorist organization, it denies the group’s connection with the YPG despite the ideological and organizational links between the groups.

However, U.S. Special Representative for Syria James Jeffrey confessed recently that the YPG is the Syrian wing of the PKK terrorist group, but the U.S. does not recognize it as such.

Instead of complaining about Russia, US must repair ties with Turkey
Previous

Stability in Syria means stability in Turkish-US ties
Next
Loading...
Loading...
We use cookies to ensure that we give you the best experience on our website. If you continue to use this site we will assume that you are happy with it.Ok