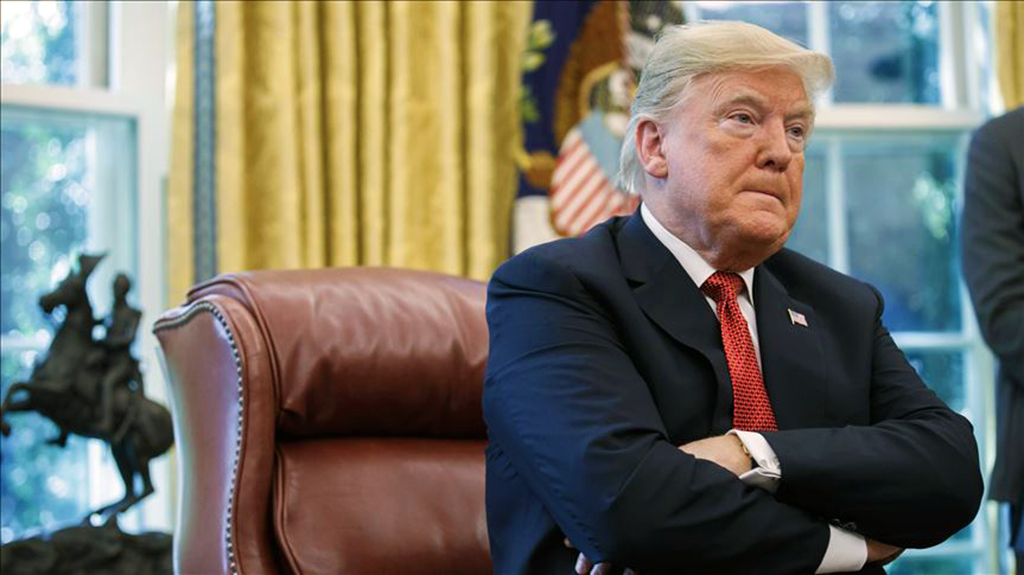 New developments fuel tensions between Washington and Ankara. Despite U.S. President Donald Trump's promises to President Recep Tayyip Erdoğan over the phone, no problem has yet gone away. Quite the contrary, the foreign policy establishment and Congress continue to try and undermine bilateral relations.

New developments fuel tensions between Washington and Ankara. Despite U.S. President Donald Trump’s promises to President Recep Tayyip Erdoğan over the phone, no problem has yet gone away. Quite the contrary, the foreign policy establishment and Congress continue to try and undermine bilateral relations. Against the backdrop of strongly-worded statements on Turkey’s plan to purchase the S-400 missile defense system from Russia, three anti-Turkish resolutions made their way to the Senate floor: A resolution calling for sanctions over U.S. citizens and consular officials in Turkish prisons, a resolution calling for the recognition of the 1915 events as ‘genocide’, and a resolution urging the United States to cooperate with Greece, Southern Cyprus and Israel in the Eastern Mediterranean (against Turkish interests).

The third resolution is quite remarkable. It not only calls for an end to Washington’s decades-old arms embargo on Southern Cyprus but also urges the United States Government to strengthen its military cooperation with Greece and Southern Cyprus. It proceeds to warn Turkey not to interfere with the ongoing search for energy reserves in the area. By doing so, the resolution (as Keith Johnson stressed in his piece for Foreign Policy) presents Washington an alternative and interventionist Eastern Mediterranean policy. Instead of cooperating with Turkey to contain Russia’s influence on the Eastern Mediterranean, it calls for a closer partnership with Greece, Israel, Egypt and Cyprus. At the same time, it seeks to reduce Europe’s dependence on Russian energy and move the Saudi-Egyptian-Israeli-Gulf line against Iran to the Eastern Mediterranean.

The sponsors of that resolution seem to have forgotten that it was the United States that helped Moscow strengthen its influence over the Middle East by allowing the Russians to meddle in the Syrian civil war. Instead, they move to create a new, anti-Turkish order. To add insult to injury, the U.S. State Department issued a new travel advisory to warn Americans against the risk of kidnapping in Turkey. Meanwhile, David Satterfield, President Trump’s pick for ambassador to Ankara, told the Senate Foreign Relations Committee that, if confirmed, he would mount pressure on Turkey to make the right decision. Like his predecessors, Satterfield seems to think that his job is to pressure Turkey, rather than repair America’s bilateral relations with the country.

The current state of affairs cannot be explained by saying that there have been ups and downs in Turkey-U.S. relations. We are nowhere near the Cyprus crises of 1963 and 1974 or the 2003 arrest of Turkish operatives in Iraq. Current tensions are unprecedented. Turkey’s 70-year-old partnership with the United States has been continuously and severely losing blood since 2013. All of Turkey’s diplomatic efforts have been met with anti-Turkish sentiment in Washington. That the relationship went south is not about the mismanagement of tensions. From the Turkish perspective, Washington’s unwillingness to accept that Turkey, like America, must update its strategic priorities lies at the heart of the problem. The Americans seek to maintain the asymmetrical nature of the relationship by mounting constant pressure on Turkey. Moreover, Washington’s short-term tactical interests are at odds with Turkey’s long-term strategic interests, and the United States does not feel responsible for its ally’s welfare. Instead, the Americans insist that they are right every time there is a disagreement between them and the Turks. This view gives rise to a discourteous policy that blames Turkey for all bilateral tensions. At the same time, false conclusions poison the bilateral relationship.

Here’s some of the things that U.S. policymakers judged wrongly:

• That there was insufficient proof of Fetullah Gülen’s involvement in the 2016 coup attempt and, therefore, Gülen could not be extradited to Turkey.

• That U.S. employees, whom Turkey arrested over their alleged involvement in the coup attempt, were innocent and their treatment was not compatible with the Turkish-American alliance.

• That imposing sanctions on Turkey in an attempt to destroy the Turkish economy was the right reaction.

• That bringing the perpetrators of the coup attempt to justice and adopting a new system of government were proof of Turkey’s move away from democracy.

• That strengthening relations between Turkey and Russia posed a threat to NATO.

• That Turkey must be removed from the F-35 program and disciplined with CAATSA sanctions if it moves forward with the S-400 deal.

• That Turkey must be accused of turning its back on the Western alliance if it speaks up against its critics.

In other words, the Americans believe that Ankara and “Erdoğan the authoritarian” is to blame for every single problem. They are also convinced that Erdoğan and his “Islamist” AK Party are behind the rise of anti-Americanism in Turkey. What needs to be done, then, is to strongarm the Turks into their traditional subservient role. A strong political reaction and harsh economic sanctions, they believe, will yield results – as they did with the Andrew Brunson case.

The above-mentioned resolutions demonstrate that Washington’s miscalculations threaten to uproot America’s Turkey policy. In the name of containing Russian and Iranian influences, the United States identifies new priorities and turns to new allies in the Middle East and the Eastern Mediterranean. In doing so, Washington throws its weight behind Turkey’s adversaries and undermines the Turkish national interest.

Some of the current tensions are related to Washington’s new strategic choices. Although Trump wants to maintain his dialogue with his Turkish counterpart, he lacks the ability to override objections from the establishment and Congress. After all, Congress is both under the influence of anti-Turkish lobbyists and ready to paint a target on Turkey’s back to undermine Russia’s growing regional clout.

Yet Russia’s growing influence in the region, along with Turkey’s rapproachement with Moscow, stemmed from U.S. foreign policy under the Obama and Trump administrations. Specifically, those administrations failed to treat Turkey like an ally. Instead, they resorted to measures otherwise reserved for adversaries, such as lending support to terrorist groups and imposing economic sanctions on the country.

Washington tells the Turks to make a decision about the S-400 missile defense system, yet merely imposes its own choice on Turkey. Unless America reverses its unilateralist and crude policy, the bilateral relationship could get out of control. What we really need is a new approach that recalls our shared strategic interests.

US diplomacy in the middle of nowhere
Previous