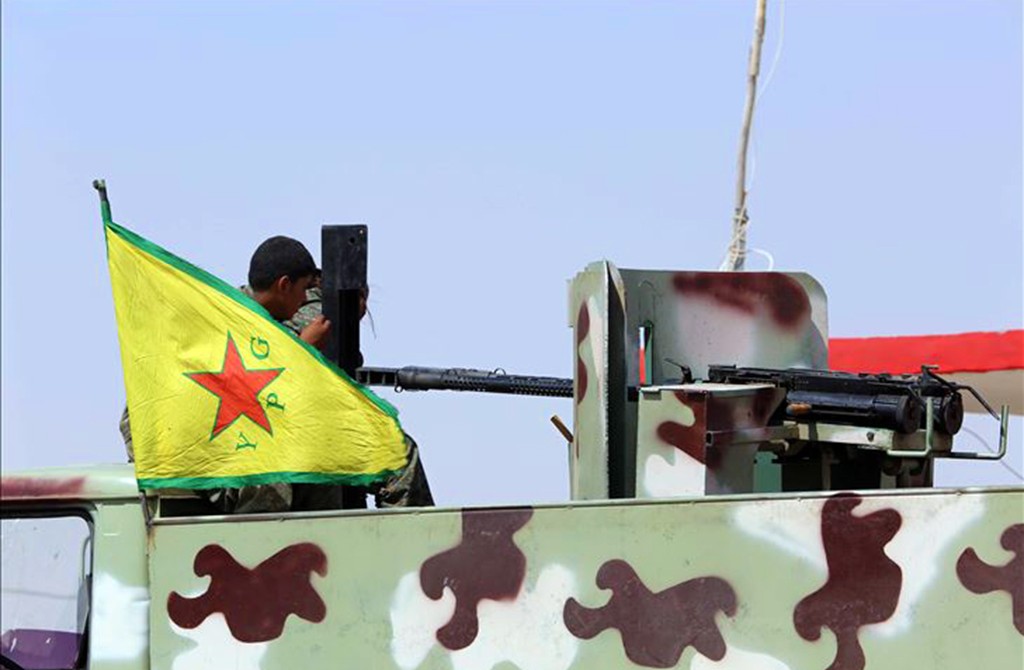 Turkey and the United States are setting up a joint operations center at Şanlıurfa in Turkey under a recent agreement. That U.S. European Command (EUCOM), as opposed to U.S. Central Command (CENTCOM), commanders are involved in negotiations reflects both sides' commitment to the deal.

Turkey and the United States are setting up a joint operations center at Şanlıurfa in Turkey under a recent agreement. That U.S. European Command (EUCOM), as opposed to U.S. Central Command (CENTCOM), commanders are involved in negotiations reflects both sides’ commitment to the deal.

The depth and width of the possibly gradual safe zone, together with who will be in charge, remain unknown. How the differences between CENTCOM and EUCOM will factor into the agreement’s implementation is not certain either. Judging by the Manbij road map, the Turks are concerned that Washington will resort to stalling tactics again.

To make matters worse, Turkish and U.S. priorities remain the same. Turkey still wants to remove the PKK-affiliated People’s Protection Units (YPG) from the area. It wants the Americans to honor U.S. President Donald Trump’s promise – a 20-mile safe zone. For the Turks, the resettlement of Syrian refugees to that safe zone is a key priority as well.

By contrast, the United States seeks to retain the YPG’s control as Syria’s future is being negotiated. The Americans know that time is on their side. Washington’s recent agreement with Turkey, therefore, was arguably an interim step open to further development.

Yet the process is vulnerable to tensions. Turkey and the U.S. opted for cooperation instead of a confrontation east of the Euphrates River. The Turks already know how hard it is to negotiate with Washington by relying on diplomacy alone. Hence the continued presence of Turkish troops at the border and Ankara’s determination to deploy troops to Syria in case of a disagreement.

To be clear, the safe zone agreement did not reflect an agreement on the YPG’s long-term future. There are three possibilities when it comes to the group’s fate.

First, the United States might attempt to legitimize the YPG over time. The Americans will probably come up with new facelifts for the group, claiming that they cut off their ties with PKK terrorists. This move would be accompanied by “liberals” in Turkey calling for renewed dialogue with the PKK. Even if domestic observers make the case that YPG militants in Syria, unlike the PKK in Turkey, do not pose a threat to Turkish citizens, Ankara won’t stomach the YPG’s legitimization in return for a continued U.S. military presence at the border and joint control of the safe zone.

Sooner or later, the YPG must be removed from the area east of the Euphrates River. Failure to accomplish this goal would amount to accepting an autonomous region or statelet under YPG control. Had Turkey not attempted a two peace processes with the PKK, domestic advocates of dialogue could have found it easier to make their voices heard. Unable to understand the nature of power, “liberal minds” refuse to admit that the PKK won’t actually disarm – not with the situation in Syria in their favor.

Secondly, Turkey and the United States could work together for a genuine transformation of the Syrian Democratic Forces (SDF). Turkish President Recep Tayyip Erdoğan had proposed a similar arrangement in the past, whereby senior YPG commanders would be removed from the SDF’s top ranks and Sunni Arabs, together with non-YPG Kurds, would be included in the lower ranks. This proposal would serve to eliminate all sources of the PKK’s influence over the organization and require considerable changes that would be hard for all parties, including the PKK.

One thing is clear: Any transformation that Turkey does not control won’t satisfy the Turks.

Finally, Ankara could resort to diplomatic and military measures designed to gradually remove the YPG from the east of the Euphrates. The Turks would engage in negotiations with other stakeholders in Syria depending on their progress. The current agreement will serve Turkish interests if the United States ends up withdrawing from Syria. Even if Washington were to abort its retreat, however, it cannot protect YPG for much longer. It is no secret that Russia and the Bashar Assad regime won’t concede anything more than cultural autonomy to the YPG. Any form of administrative or military autonomy would, after all, pave the way to Syria’s territorial disintegration – a development that no regional power, except Israel, would welcome.

Kashmir issue the epitome of unilateral policies
Next
Loading...
Loading...
We use cookies to ensure that we give you the best experience on our website. If you continue to use this site we will assume that you are happy with it.Ok