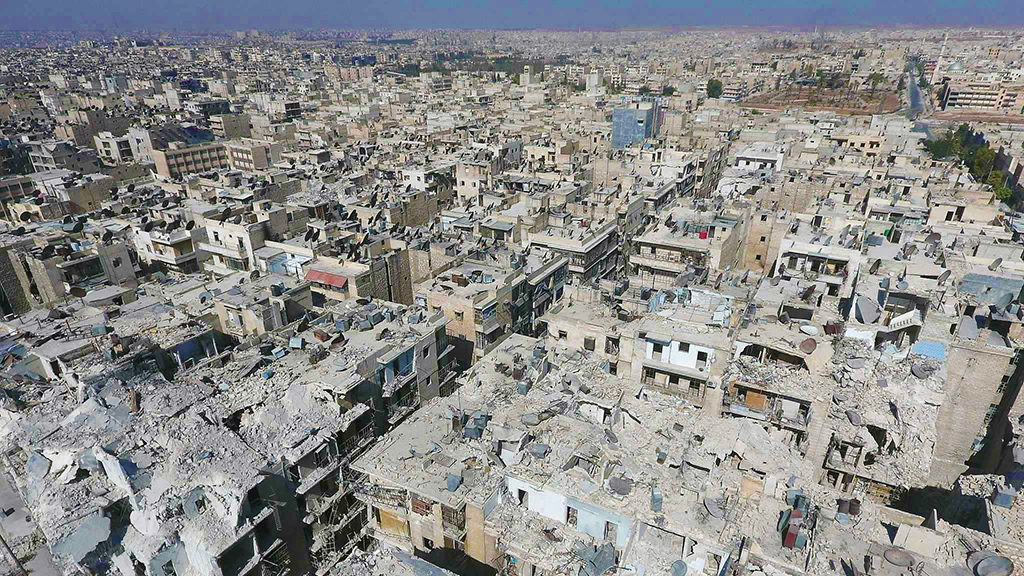 Turkey, US agree, but questions loom over implementation

After three days of intense negotiations, Turkey and the U.S. reached an agreement on the proposed safe zone in Syria. Both sides issued written statements to announce the establishment of a joint operations center and reaffirm their commitment to addressing Turkey's security concerns.

After three days of intense negotiations, Turkey and the U.S. reached an agreement on the proposed safe zone in Syria. Both sides issued written statements to announce the establishment of a joint operations center and reaffirm their commitment to addressing Turkey’s security concerns. The safe return of Syrian refugees to their country was also identified as a top priority. The two NATO allies have thus found a middle ground and taken a joint step east of the Euphrates River. The dimensions of the proposed safe zone, who would be in charge and where the Free Syrian Army (FSA) fits into the plan remain confidential. It is highly likely that the Turkish-American agreement involves a multi-step plan. Without a doubt, the deal represents a positive development that could facilitate closer cooperation between the two allies in northern Syria and mitigate the threat of a military confrontation between them.

It is possible that the spirit of cooperation will further expand the scope of this week’s agreement.

Despite vagueness about the deal’s content, there was no shortage of contrasting views in the media. Some experts argue that Turkey’s determination was the driving force behind the agreement. Others claim that the U.S. insisted on working together. According to a third version of what happened, an imminent attack against the People’s Protection Units (YPG), the terrorist organization PKK’s Syrian affiliate, has been averted. Finally, there is the view that Washington’s agreement with Ankara amounts to the gradual abandonment of YPG militants. It seems that experts will debate for some time whether the glass is half full or half empty.

The lesson of earlier agreements with the U.S. is that cautious optimism is always a good idea. Hence Turkish Foreign Minister Mevlüt Çavuşoğlu’s address to the Ambassadors’ Conference: “We can see yesterday’s agreement as a very good start. Our goal is to remove the PYD (Democratic Union Party), PKK from this area. The Manbij road map was supposed to be approved within 90 days. In practice, the U.S. resorted to stalling tactics. We will not allow stalling tactics this time around.”

To be clear, Turkey favors cooperation with the U.S. It does not want another Manbij either. Judging by the Turkish foreign minister’s warnings, Ankara will monitor closely the implementation of this week’s agreement. If the joint operations center serves to address Turkey’s security concerns swiftly, Turkish-American cooperation could deepen and mutual trust could be re-established. By extension, it would facilitate new joint steps in Syria and Iraq. If the U.S. Central Command (CENTCOM) will merely pretend to implement U.S. President Donald Trump’s orders to form a 30-kilometer safe zone, however, Turkey-U.S. relations will further deteriorate. The Turks would see it as an attempt to protect YPG militants and an act of deception. Removing the YPG from the area is an unnegotiable objective for Turkey. The Turkish government’s position reflects a broad consensus at home.

The joint operations center’s performance will determine the fate of what Çavuşoğlu called a “very good start.” Turkey and the U.S. have been unable to de-escalate tensions since 2013. Key areas of disagreement include the extradition of Fetullah Gülen, the July 2016 coup attempt’s mastermind, to Turkey; the Halkbank trial, the S-400 air defense system, Turkey’s exclusion from the F-35 fighter jet program and Washington’s continued support for the YPG militants. Negotiations continue, thanks to the bilateral relationship’s compartmentalization. Yet the burden of disagreements has simply become too heavy to bear. This vicious cycle must be broken without delay.

The safe zone could emerge as an area of cooperation. The fate of the Turkey-U.S. relationship, which survived thanks to leader-to-leader diplomacy between Recep Tayyip Erdoğan and Donald Trump, depends on the implementation of this week’s agreement. To deny the U.S. military to stall key steps on the ground, the two presidents and their diplomats must constantly monitor the safe zone deal.