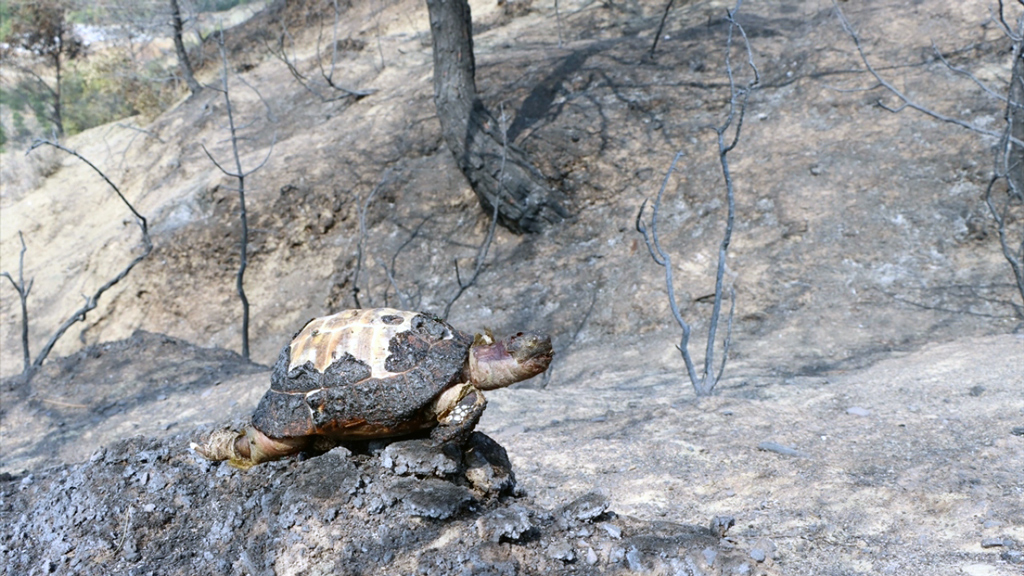 Terrorist PKK adopts low-cost, easy-to-execute methods of environmental terrorism, tries to use it as propaganda 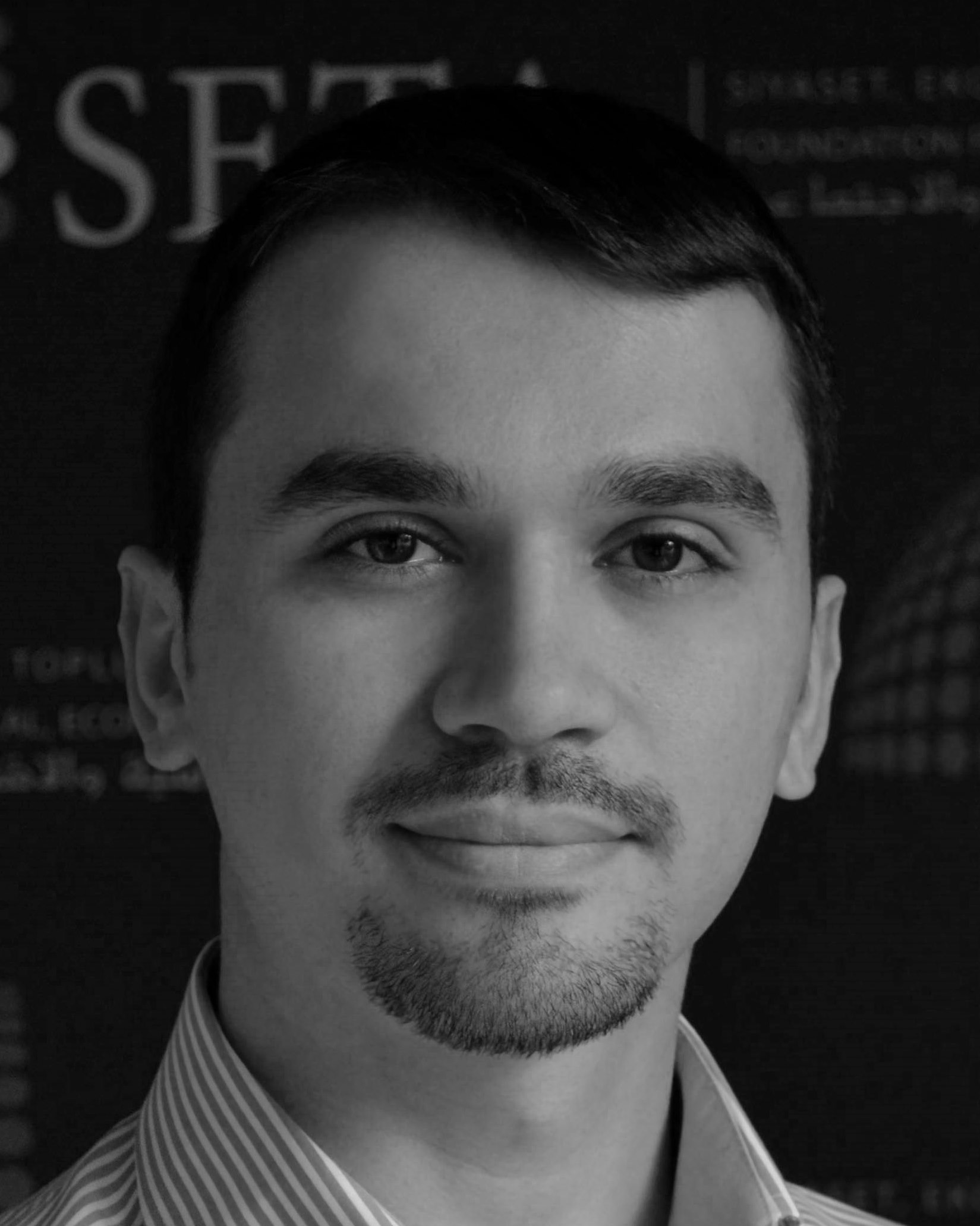 There was a national and a regional panic in Turkey when the fire, which started on Oct. 9 in Belen, Iskenderun and Arsuz districts of Hatay, southern Turkey, spread to the city center. The fire was brought under control with both air and land interventions by the fire department with the support of citizens.

Hatay fire and the PKK

Following the start of the fire, the Children of Fire Initiative, a PKK-affiliated group – which had claimed responsibility for many illegal actions such as the sabotage of forests, factories, storehouses, buildings and vehicles in different provinces of Turkey – said: “We greet the sacred fire in Hatay.”

Its statement said that Hatay province was chosen on purpose as a “revenge” in response to the support by Hatay residents to the Turkish army in the Afrin operation. It sparked a great reaction both among public and on the social media that the group took full responsibility for the incident.

The Hatay fire was part of the terrorist PKK’s strategy to create a perception in both the national and international arena that the group has the potential to carry out such acts to damage the economic activities in the touristic regions of Turkey, especially since 1990s. The arrest and imprisonment of two people for causing the forest fire in Hatay also increased these suspicions.

Politicians also made statements over the incident as it is the subject of a strong public perception that the PKK was behind the fire in Hatay.

Agriculture and Forestry Minister Bekir Pakdemirli said that nearly 400 hectares (988 acres) of land was burned and that the fire was likely to be a sabotage.

Interior Minister Suleyman Soylu announced that investigation was underway to determine if the fire was an act of terrorism. Soylu also mentioned the dimension of propaganda of these sabotages, saying: “There are some people that want to turn these fires into a campaign of a terrorist organization.”

Of course, one should not be mistaken that all sabotage are carried out by PKK terrorists. Although the terrorist group carried out sabotages, it also sometimes distanced itself from these acts fearing the political costs and negative public reactions they might evoke.

Meanwhile, the PKK-affiliated groups have been seen taking the responsibility for these actions.

Interior Minister Soylu drew attention to the propaganda dimension of these acts, saying: “There are a total of 850 incidents since Jan. 1, which the terrorist organization claimed under different names, including the Children of Fire. Over 400 of these incidents do not exist in real life, they never happened. Why? It is because these are also a kind of terrorist propaganda.”

Soylu pointed out that the PKK took responsibility for both the sabotages it carried out and the ones it did not as a terrorist propaganda in order to create a perspective in both national and international arenas that it still maintains its power. It can be said that the group wants to protect its so-called powerful image as it has been losing its power as a result of the successful anti-terrorism operations being carried out by Turkey.

Similarly, it is noticed that the terrorist group also aims to create a “psychological cost,” by causing fear among the public through propaganda, which is one of the elements of the environmental terrorism.

Although the PKK-affiliated groups take responsibility for the fires that do not even serve the purpose of terrorist propaganda, the PKK has a very dark record.

The Hatay fire recalled both the forest sabotages by the PKK and its dark record in question. Furthermore, it also brought to mind that the group may have started resorting to environmental terror acts again. The news stories about the PKK affiliates, such as the so-called Children of Fire Initiative, HBIM and TAK, carrying out these sabotages also reflected on the security cameras and the arrest of the perpetrators.

Especially in the 2000s, it is seen that studies on the concept increased and it came to the fore in terrorism studies. It is stated in these studies that carrying out actions by harming nature has many benefits for terrorist groups. As for the environmental terror, forestry sabotage emerged as the most common method.

Many consequences of forest sabotage, such as loss of life, damage to nature tourism, damage to the forest industry, destruction of houses and businesses of civilians, air pollution, destruction of the ecosystem, increased firefighting/insurance costs, are deemed appropriate by terror groups in line with their political agendas and objectives. Much more important than these is the use of environmental terrorism in order to make a conflict-free society a part of the conflict and to undermine its political will.

In many countries, such as the United States, France and Estonia, forest sabotage has been perceived as a method of environmental terrorism, and it still continues to be seen the same way.

In Turkey, too, it is seen that the PKK has adopted forest sabotage as a method of terrorism, which it has regularly resorted to since the 1990s. The media frequently reported in the 1990s that the PKK terrorists, who were captured and turned out to be trained in Greece, admitted that they had received orders to set fires in Turkey’s tourist attractions.

But unlike in the 1990s, environmental terrorism has ceased to be a regular method for the PKK as it has turned it into a strategy to keep its ability intact to act, make its voice heard and spread propaganda. It seems that this strategy is being carried out by the PKK-affiliated units mentioned above, but for both security and political reasons, the group’s so-called management keeps its ties loose.

It is believed that terrorist groups resort to forest sabotage due to the fact that it requires much less cost and technology, can be executed with a few people, is simple to plan, but causes a large social/political damage. As a result of Turkey’s effective counter-terrorism operations at home and abroad, such as Euphrates Shield, Olive Branch and Claw-Tiger operations, it is observed that the PKK has seriously lost its ability to act and reached a point of exhaustion. For this reason, the PKK, which has lost its capacity to act in the mountains and cities, is trying to undermine the political will by resorting to low-cost environmental terror and creating fear and panic in the society.

The PKK’s so-called management, on the other hand, either accept or reject these actions carried out by the affiliates after a certain period of time, depending on their political gains. Forestry sabotages carried out until last year and claimed by the terror group’s affiliates were published by the PKK’s publication Firat News Agency.

While ecological sensitivity is increasing every day and anti-PKK sentiments are being expressed in the public, it is no longer reported that the affiliated groups are carrying out forest sabotages. In this way, by not owning the attacks that cause ecological slaughter, the terror group refrains from consolidating its bad image, which is sinking every day due to the events such as child fighters, internal executions and civilian massacres.

As for the sabotage, an interesting dilemma arises when the website of the PKK’s publication ANF is examined. Although owned by the affiliated groups, the publication said the upper echelon did not claim responsibility for the forest fires and it even blamed Turkish soldiers for “creating economic rents.”

In this way, it seems that a new sphere of rhetoric is being created in a bid to undermine the political will while preventing the group from taking ecological responsibility. This reveals a “big dilemma” that first the PKK sympathizers screamed with joy after sharing statements that the PKK-affiliated groups started the fire, and later owned the “economic rent” rhetoric of the so-called management.

The dilemma, which the so-called PKK management and sympathizers fell into, is as to what acts of the PKK substructures should be owned and disowned by the organization itself.

In the midst of all this confusion, the most concrete fact is that the PKK, which is losing its capacity to act more and more every day, will adopt the low-cost, easy-to-execute methods of environmental terrorism and use it as propaganda material.

War crimes: What Yerevan is doing in Nagorno-Karabakh
Previous