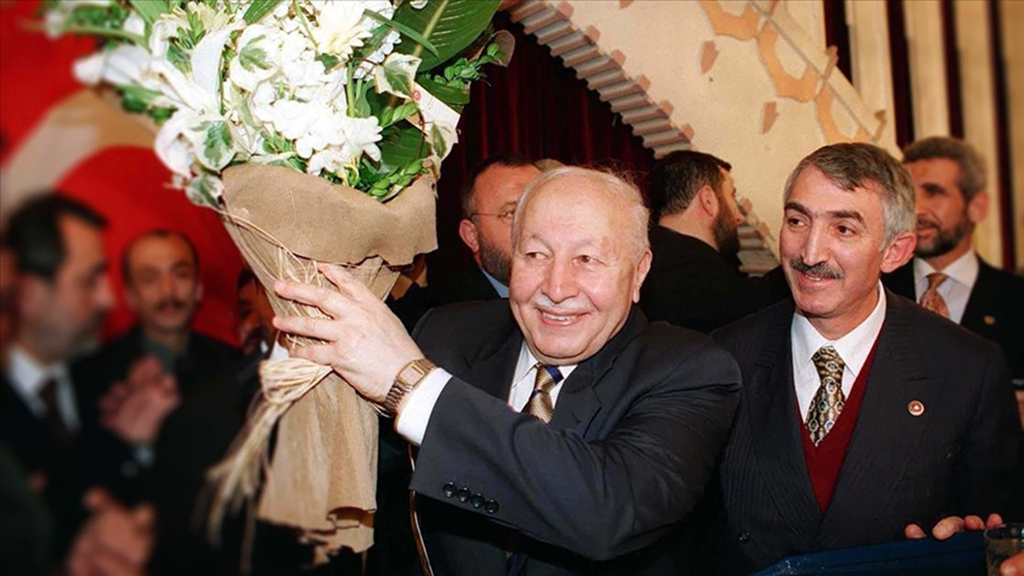 Though bloodless, coup against conservative government in Turkey on Feb. 28, 1997 still painful to remember

The last successful coup against an elected Turkish government took place on Feb. 28, 1997, when a military-forced change of the political landscape was followed by a crackdown on religious workers in public institutions.

Although the coup was carried out in a “post-modern” way, through pressure rather than outright bloodshed, it disrupted the lives of Turkey’s religious citizens in many ways, as tens of thousands were forced to drop out of school, were dismissed from public posts, or ended up behind bars on trumped-up charges.

“It was a dark era for everyone. People’s lives were turned into a nightmare,” Ravza Kavakci Kan, a current MP from the ruling Justice and Development (AK) Party and also one of the coup’s victims, told reporters.

In a landmark decision last year, a Turkish court sentenced 21 suspects to aggravated life imprisonment over the coup, including retired Chief of Staff Gen. Ismail Hakki Karadayi and his deputy, Gen. Cevik Bir.

Bir was considered the coup’s mastermind, according to the court indictment.

Yet most of the figures behind the coup were not arrested due to old age or health problems, but instead were only barred from leaving the country.

The declared goal of Turkey’s then-strong military establishment in overthrowing the legitimate government of then-Prime Minister Necmettin Erbakan — the late mentor and political comrade of Turkey’s current president, Recep Tayyip Erdogan — was to restore the regime’s secular character and re-balance democracy under the guidance of the military.

With help from the media, the putschists engineered several political performances and “sex scandals” between hired women and fake Muslim leaders to justify the coup against “political Islam,” which they thought was turning into a huge movement under the leadership of Erbakan.

Despite these attempts, the military’s self-proclaimed role of lording over and fine-tuning the political system as they please has been rejected by an overwhelming majority of Turkish society over the years, including NGOs such as the Foundation for Political, Economic and Social Research (SETA), a think-tank based in Ankara, Turkey’s capital.

“The ensuing period witnessed systematic attempts to block the upward mobility of conservative and devout parts of society and decrease the public visibility of Islam through compulsory reforms in the education system, a ban on headscarves at universities and measures aimed at marginalizing conservative civil society institutions,” said a 2016 piece by SETA analysts.

According to SETA, the gist of the coup was more economic than political.

“The main thrust of the Feb. 28 postmodern coup was economic in the sense that military tutelage over the political process was juxtaposed with economic tutelage of the large-scale bourgeoisie striving to accelerate capital accumulation under undemocratic conditions,” wrote the analysts.

Officials figures from various state institutions verify the remarkable economic achievements of the Erbakan-led government, which had a lifespan of a mere 367 days from 1996 to 1997, before being cut short by the coup.

Erbakan’s economic program prioritized the middle class and the underprivileged sectors of society rather than the elite establishment.

His government more than doubled the salaries of public employees and workers’ minimum wage, invested heavily in national industries for Turkey’s self-sufficiency, and created an economic environment in which everyone breathed a sigh of relief.

The military masterminds of the coup, then in alliance with the pro-coup media, academia, and judiciary, believed that the system they imposed “would last 1,000 years,” but it collapsed in just five due to an economic crisis in 2001 that resulted from the mismanagement of two subsequent coalition governments.

On Feb. 19, 2001, during a National Security Council meeting at the height of the economic crisis, then-President Ahmet Necdet Sezer literally threw a book at then-Prime Minister Bulent Ecevit, a shocking symptom of those dysfunctional coalitions whose memory has not faded away.

But the turbulent years following the coup finally ended when President Recep Tayyip Erdogan and his brand-new Justice and Development (AK) Party secured an overwhelming victory in the November 2002 general elections.

One notable point of that election was that the very parties that had formed coalition governments after the coup, trying to validate the military’s hold on the country, in 2002 were unable to pass the 10 percent election threshold needed to earn seats in parliament, thus showing their lack of standing with the people.

The AK Party, in power the years since then, reversed the damage done by the coups, starting with lifting the headscarf ban for public sector employees and relaunching the economic programs spearheaded by Erbakan.

Fourteen years later, on July 15, 2016, when the Fetullah Terrorist Organization’s (FETO) military invasion-style assault on Turkey to overthrow Erdogan’s elected government in a conventional coup attempt ended in failure thanks to the Turkish public’s resilience and commitment to its democracy, coup-plotters finally learned that Turkey is no longer their playground.

On the night of the coup, spurred by Erdogan, millions of Turks flooded the streets and stopped the coup attempt, which took aim at their basic human rights and liberties.

In the 12-hour coup attempt, a total of 251 people were martyred and more than 2,200 injured by the FETO terror group.

But the message from the people that night was clear: no more coups in Turkey, either conventional or post-modern, would ever again be allowed. Put another way: The era of Feb. 28, 1997 was truly over.

The ugly face of power
Next
Loading...
Loading...
We use cookies to ensure that we give you the best experience on our website. If you continue to use this site we will assume that you are happy with it.Ok