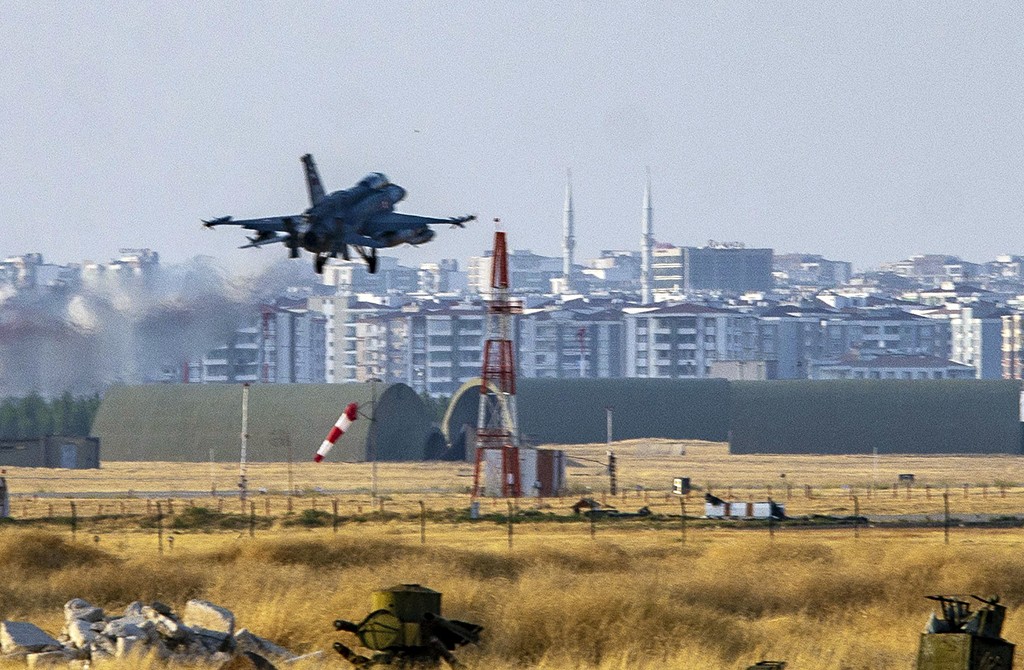 On Monday evening, U.S. President Donald Trump made a highly anticipated phone call to inform Turkey that U.S. troops would leave northeastern Syria, where the Turkish military was going to launch an incursion..

On Monday evening, U.S. President Donald Trump made a highly anticipated phone call to inform Turkey that U.S. troops would leave northeastern Syria, where the Turkish military was going to launch an incursion. The United States would not support or stop the campaign, he added. Trump proceeded to tweet that he was merely implementing last year’s decision to pull out of Syria: “The United States was supposed to be in Syria for 30 days, that was many years ago. We stayed and got deeper and deeper into battle with no aim in sight… It is time for us to get out of these ridiculous, endless wars.”

Having declared victory over Daesh, Trump wants to enter the 2020 presidential race as the man who brought American troops home. To be clear, the U.S. president did announce the withdrawal of U.S. troops last year before granting several three-month extensions to military commanders. That decision encouraged the Pentagon to resort to stalling tactics and escalate tensions with Turkey. Turkish President Recep Tayyip Erdoğan, too, helped Trump’s case by refusing to let go.

This time around, however, it seems that the ship has sailed on continued U.S. military presence in Syria. Let’s see what the establishment will do to stop Trump.

Judging by initial reactions in Washington, Congress and the bureaucracy will try to prevent the implementation of Trump’s decision. Pro-People’s Protection Units (YPG) voices in the Western media have already framed the U.S. withdrawal as a Turkish invasion of Syria and a betrayal of the Kurds. Yet Trump, who puts American interests first, does not buy into the idea that “the Kurds” are loyal allies: “The Kurds fought with us, but were paid massive amounts of money and equipment to do so. They have been fighting Turkey for decades. I held off this fight for almost three years.”

Knowing that the United States cannot protect the YPG militants indefinitely, Trump picked the strategic partnership with Turkey over the YPG’s tactical benefits. Thus he facilitated a gradual withdrawal from Syria with Turkish cooperation.

It is no secret that Trump’s decision is the product of President Erdoğan’s decisiveness and the merits of the political balance of power he crafted in the Syrian theater. His personal relationship with President Trump makes an exceptional contribution to Turkey-U.S. relations. Hillary Clinton’s reaction to Trump’s decision alone attests to that fact. Viewing the decision as a betrayal of the Kurds, the former secretary of state describes the YPG, not Turkey, as Washington’s ally. Likewise, Brett McGurk, the de facto spokesman for U.S. Central Command (CENTCOM), accused the U.S. president of making “impulsive decisions” that “leave our allies exposed.” Ironically, Trump has a better understanding of why Turkey, a NATO ally, feels threatened by the YPG militants. He also enjoys Ankara’s support on Daesh prisoners.

Trump’s decision promises to improve Turkey-U.S. relations significantly. By retreating from Syria, he can gradually eliminate a key problem area, U.S. support to the YPG. Meeting in Washington, possibly in the first half of the next month, Trump and Erdoğan can start a new chapter in bilateral relations.

There are still looming questions: what will be the scope of the U.S. withdrawal? Will American troops move 20 miles south of the Turkish-Syrian border, as Trump promised? It would appear that the initial withdrawal will take place between Ras al-Ayn and Tal Abyad. If the YPG militants choose to fight in areas vacated by the U.S. forces, they will pave the way for a much larger military operation, possibly reaching Raqqa and Deir el-Zour.

Politicians need to throw their weight behind Turkey’s imminent incursion. The fight against the PKK terrorist organization and its Syrian affiliate, the YPG, is the backbone of our national security. In the face of a terror threat, the idea of defending peace at the expense of war means very little.

The main opposition Republican People’s Party’s (CHP) initial reaction was about Daesh prisoners: “The great powers use Turkey as a pair of tongs to pick hot chestnuts from the oven.” Yet the fight against Daesh, too, is part of Turkey’s counterterrorism efforts. If de-radicalizing Daesh terrorists is the price we have to pay for eliminating the PKK/YPG threat without weakening our relations with the United States, so be it.

Turkey is taking its initial steps in northeastern Syria. More will follow.

5 Questions: Operation Peace Spring
Next
Loading...
Loading...
We use cookies to ensure that we give you the best experience on our website. If you continue to use this site we will assume that you are happy with it.Ok