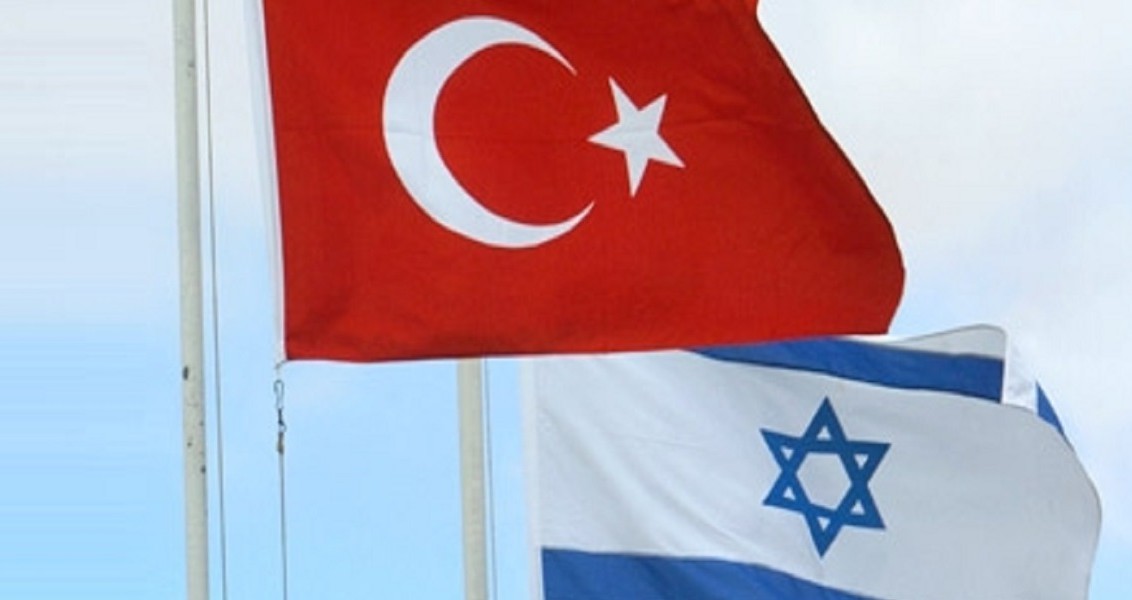 The Turkish-Israeli agreement, which is a historical step for the region that has reached a dead end, brings many vital projects to better Gazans' lives

Six years after the Mavi Marmara flotilla crisis, during which the Israeli Defense Forces raided a humanitarian ship sailing in international waters attempting to break the blockade to reach Gaza, causing the deaths of nine Turkish nationals and an American, relations between Turkey and Israel have now started a normalization process following joint declaration from the two countries’ prime ministers. Relations entered a period of crisis following the attack, and in the aftermath of the Palmer Report leak, diplomatic relations were downgraded and both sides withdrew their ambassadors.

The first step toward improving diplomatic relations took place after Israeli Prime Minister Benjamin Netanyahu apologized during U.S. President Barack Obama’s visit to Israel in March 2013. First in a phone call and later in a message, Netanyahu apologized to the Turkish people for the deaths of the Turkish citizens. In the statement, Netanyahu also expressed his regret about the deterioration of relations between Israel and Turkey. In an official statement from his Prime Ministry, in addition to expressing regret for the deterioration of relations, Netanyahu also spoke of the importance of these relations concerning the “peace and stability in the region.” Following Netanyahu’s apology, the Turkish Prime Ministry released a statement confirming the exchange and the Turkish prime minister’s acceptance of the apology. This statement also mentioned that the strategic significance of bilateral relations between two countries to the peace and stability of the region.

An apology was one of Turkey’s three preconditions to launch diplomatic relations with Israel. The other preconditions included compensation for the families of the Mavi Marmara victims and ending the blockade of the Gaza Strip. Since Netanyahu’s apology, negotiations were on these two conditions. The two sides reached an agreement relatively smoothly concerning the compensation package. The reports in late 2015 indicated that the Israeli government agreed to pay “$20 million to a humanitarian fund that will be established and whose funds will be allocated according to the bereaved Turkish families’ wishes.” However, the third condition of ending the Gaza blockade in Gaza continued to be the most challenging to negotiate for both countries. With multiple Israeli Defense Forces operations on Gaza since the flotilla crises, it became harder for the two countries to reach an agreement on this issue.

THE AGREEMENT’S PROJECTS IN PALESTINE

Last week, different news outlets reported that the long negotiations had come to an end and the parties were ready to announce an agreement. Only a few days after this story broke, both Prime Minister Binali Yıldırım and Netanyahu held separate press conferences about the agreement that had been reached on June 26 in Rome. The agreement addresses Turkey’s two remaining demands of a compensation package and the Gaza blockade as well as other considerations. As previously agreed, Israel will provide $20 million in compensation to the families of people killed and injured in the Mavi Marmara incident in the form of a humanitarian fund. Regarding the lifting of the Gaza blockade, Turkey and Israel came to a compromise. According to early reports, Israel will allow Turkey to send humanitarian aid through the Ashdod Port in Israel as well as develop a number of humanitarian projects, including the construction of a hospital with 200 beds and many houses, a power station and water desalinization facility. And together with the projects in Gaza, the Jenin industrial free zone in the West Bank, which will have both social and economic effects on the region. This will take immediate effect, as Yıldırım announced plans to ship 10,000 tons of aid to Ashdod as early as this Friday. Additionally, both the Palestine government and Hamas, despite that agreement not including anything about the organization, also have declared that they support the Turkish government maintaining the negotiation process with the Israeli government.

So what can we expect from bilateral relations and regional politics with this agreement? First of all, in statements from Israeli government officials there was a major emphasis on the economic dimension of the improvement of relations. There are already functioning trade relations between the two countries, but following this agreement we can expect increasing economic relations in two fields. The most important one of these is regarding energy cooperation. Since the discovery of gas fields in the Eastern Mediterranean there are major debates about how to make it available to international markets. Many experts have said that considering the current oil and gas prices, it would be important for Turkey to become one of the target destinations for this gas. Turkey’s geographical location also makes it a potential transit country in the future. The improvement of ties between Turkey and Israel and a potential political agreement on the two sides of Cyprus will greatly contribute to the economic relations between the two countries. Secondly, the improvement in political relations may spill over into the already existing economic relations both in terms of diversification of goods to be traded and a significant rise in the number of tourists visiting both countries. This is particularly important for Turkey.

Secondly, regional stability and peace were emphasized both in the apology and yesterday’s statements from officials. The situation in the region, especially the security vacuum, failed states and new threats, make Israeli-Turkish cooperation more important for the region. Due to the complexity of the conflicts, however, expectations from bilateral relations should not be overestimated, but increasing ties may play an important role for both countries’ national security.

Both economic relations and regional stability were stressed in the statements from the two governments. However, this development also raises some speculation about other potential areas of cooperation and policy coordination. For instance, some analysts have argued that the improvement of ties will play an important role in the politics of the region in the post-Iran nuclear deal environment. These analysts’ expect that ties with traditional U.S. allies in the region could play a significant role in balancing Iran’s regional ambitions. Historically, the Turkish government in its relations with Israel has been sensitive to not generate a perception of the emergence of a pact against third countries. Especially in the 1990s, despite not very good relations with Iran, Ankara constantly emphasized that the improvement of ties with Israel did not mean an alliance against Iran. In this new Turkey era may continue to follow this policy and avoid putting itself at the center of regional polarization, again, despite major disagreements between Turkey and Iran. Of course, the situation in Syria is key in this equation.

THE US IN THE NORMALIZATION PROCESS

There are also questions about the U.S.’s possible role and impact in this process of normalization of ties. Immediately after the announcement of the agreement U.S. made a statement welcoming the improvement. It was Obama who played a key role in the apology process. But the agreement has taken place when Turkey and Israel’s bilateral relations with the U.S. are at low points. This means that we may not see the same form trilateral relations that we witnessed in the 1990s. The only possible exception to this could be a situation in which the U.S., Turkey and Israel coordinate their policies to advance Eastern Mediterranean security. This security cooperation could be vital both economically and strategically for each of the three countries.

It is also important to note that the normalization of relations is a process and there can always be disruptions to it. In different instances in this column I have emphasized the Turkish public and politics’ attentiveness to developments in Palestine. The public usually approves of the improvement of ties between Turkey and Israel when there is no significant conflict in the region. The “golden age” of relations in 1990s started with the Madrid Peace Conference and ended with the failure of the Camp David process. Public approval for the agreement with Israel and improvement of ties could significantly affect the political relations between two countries. So if there is willingness for a smooth improvement of ties or some sort of peace process, at least there must be the absence of conflict. In addition to that, there is an expectation among Turks that this agreement will improve Palestinians’ lives. So the implementation phase of the agreement, especially the safe and speedy passage of humanitarian and developmental assistance, is extremely important for public perception and political approval.

Turkey's Struggle with DAESH
Next
Loading...
Loading...
We use cookies to ensure that we give you the best experience on our website. If you continue to use this site we will assume that you are happy with it.Ok