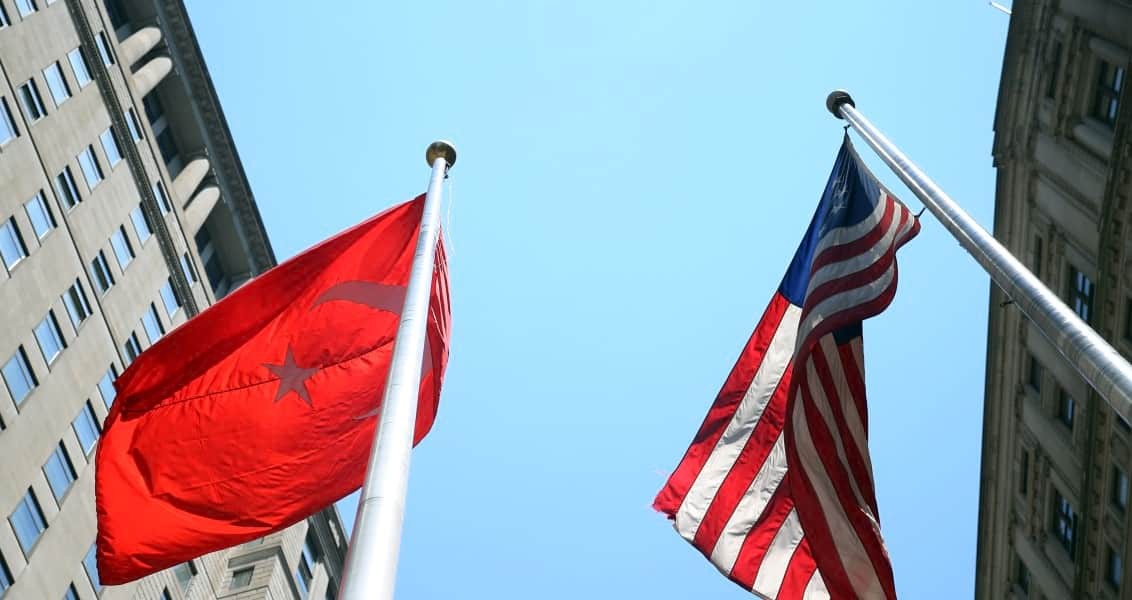 Turkey is Winning, but You are Losing Turkey

The American elite who entrusted Turkey's politics to the anti-Turkey lobby is losing Turkey, plain and simple

The U.S. special envoy for the global coalition to defeat Daesh, Brett McGurk, gave a speech at a panel called ‘An Evaluation of the Trump Administration’s Policies on the Fight against Terrorism’ in Washington a few days ago.

In the speech he gave, it was more his comments about the presence of al-Qaida in the Syrian town of Idlib that drew attention rather than any information he gave about the fight against the Daesh terrorist group.

Voice of America published McGurk’s speech under the title “Idlib Warning from U.S. Special Envoy.” McGurk said: “We’ve been very focused on al-Qaida in Idlib province. The leaders of al-Qaida that make their way to the province often do not make their way out of there but we have to ask a question why and how is Ayman al-Zawahiri’s deputy finding his way to Idlib province, why is this happening? How are they getting there? They’re not paratroopers. The approach – I obviously will not talk about anything the U.S. government has done in certain parts of Syria on this problem – but the approach by some of our partners to send in tens of thousands of tons of weapons and looking the other way as these foreign fighters come into Syria may not have been the best approach and al-Qaida has taken full advantage of it and Idlib now is a huge problem. It is an al-Qaida safe haven right on the border of Turkey, so that’s something obviously we will be in very close discussions with the Turks on and I think, as we did in some [Daesh] areas, sealing the border and making sure nobody can cross is something we might have to think about in Idlib province.”

Upon hearing this, the anti-Turkey lobby, represented by members of the outlawed PKK and the Gülenist Terror Group (FETÖ), immediately started a propaganda campaign, saying the U.S. warned Turkey for supporting al-Qaida.

In order to head off this crisis, a U.S. State Department official released a defensive statement that said: “U.S. Special Envoy Brett McGurk didn’t blame Turkey for the increased al-Qaida presence in Idlib.”

This statement may have softened the situation somewhat, but the otherizing perception of Turkey that McGurk gave an example of and which has been ongoing for the past five years continues to find space. The American management elite who were appointed during former President Barack Obama’s administration and who continue to serve under President Donald Trump’s administration analyze Turkey from an anti-President Recep Tayyip Erdoğan perspective and use every opportunity to push Turkey into a corner. They use the criticism that Obama had leveled in which he said in an interview: “Erdoğan and Turkey could not defeat Daesh by getting the army to intervene.” The message this criticism gives is that because Turkey did not take the steps it should have, space has been opened for Daesh terrorism. While this message was being spread, Turkey’s fight against terrorism, its efforts for democratization and the presence of FETÖ in the military, which stage a coup on July 15, 2016, was of course not included in the calculations. On the contrary, Gülen was kept in the U.S., and protected. After the attempted coup, the clean-up in the Turkish military allowed for the beginning of Operation Euphrates Shield against Daesh. Unfortunately, the military battle that Turkey began against Daesh in August 2016 was not supported enough by the U.S. Without receiving any significant support from the U.S., the military kicked Daesh out of the city of al-Bab.

Let’s now consider the second discursive strategy used by the American management elite against Turkey with the anti-Erdoğan perspective. This is more indirect compared to the first and is a discourse that is spread not through state elites, but through media. However, it is a much more destructive discourse that damages the base of Turkish-U.S. relations. A lie that the lobby against Turkey, the Gülenists, and the PKK made up in order to open space for themselves is being processed as if true in the American media.

With all of this, it is assumed that Turkey will be driven into a corner and that it will fully support the U.S.’s Middle East policies. That this expectation is a massive illusion is obvious when considering recent Turkish-U.S. and Turkish-Russian relations. What is happening is that the American elite who entrusted Turkey’s politics to the anti-Turkey lobby is losing Turkey, plain and simple. Turkey is moving by giving primacy to its own security needs. It has to. As more space is opened for the PKK under the pretext of fighting Daesh, and as long as there is no support for Ankara in its struggle against FETÖ, it is really hard to expect the normalization and improvement of relations.

Turkey and the Wave of Instability
Next
Loading...
Loading...
We use cookies to ensure that we give you the best experience on our website. If you continue to use this site we will assume that you are happy with it.Ok