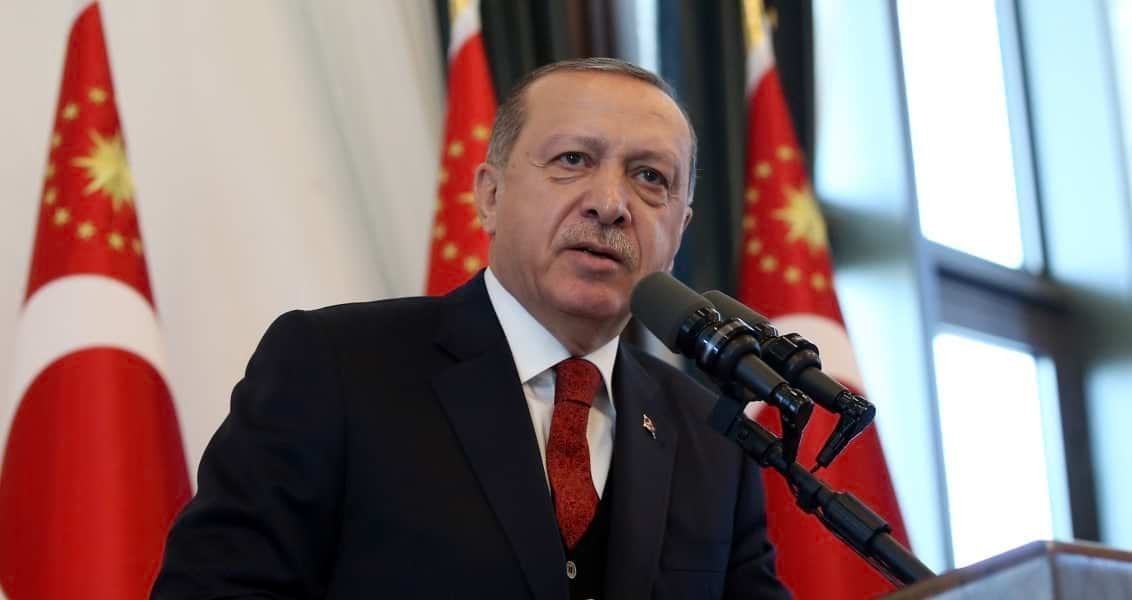 The idea of "strategic partnership" - let alone what President Obama once hailed as "model partnership"- means little, if anything at all. At this point, Turks of all political backgrounds are convinced that Washington is being hostile toward their country.

Long-standing tensions between Turkey and the United States have become clearer in recent statements issued by the two countries. Before leaving the country, U.S. Ambassador John Bass told reporters that Daesh had failed to carry out attacks against Turkey due to intelligence cooperation between Ankara and Washington – which many observers considered a thinly-veiled threat against the backdrop of an earlier claim by U.S. President Donald Trump that Barack Obama and Hillary Clinton had established Daesh.

Such interpretations are caused by three factors: First, the cooperation between Ankara and Washington in the Middle East, including Syria, has recently given way to competition. From the train-and-equip program to the fight against Daesh, past negotiations ended up hurting Turkish interests in the region. Secondly, Washington’s failure to assist the Turks in their fight against terrorist groups, such as the Gülenist Terror Group (FETÖ) and the PKK’s Syrian armed wing, the People’s Protection Units (YPG), led the Turkish public to believe that the U.S. was a state sponsor of terrorism. What senior U.S. officials, who continue to implement the Obama administration’s regional policies, consider “tactical” assistance fuel security concerns in Ankara. Finally, U.S. institutions, including the Congress, have been itching to teach President Recep Tayyip Erdoğan a “lesson” amid the Trump administration’s efforts to get a grip. In light of arrest warrants being issued regarding two employees of the U.S. diplomatic missions in Turkey over their links to FETÖ, the movers and shakers of Washington have been calling for tougher measures against the Turkish leader.

To be clear, the arrests of Turkish-Iranian businessman Reza Zarrab and the deputy CEO of Halkbank, along with efforts to take under custody members of President Erdoğan’s security detail – even those who never set foot in the U.S. – were manifestations of the “tough” stance adopted by certain U.S. institutions. The current state of affairs, of course, inflicts potentially irreparable damage to bilateral relations. The idea of “strategic partnership” – let alone what President Obama once hailed as “model partnership”- means little, if anything at all. At this point, Turks of all political backgrounds are convinced that Washington is being hostile toward their country.

Certain individuals in Washington mistakenly believe that they can blame the rise of anti-Americanism in Turkey on pro-government media outlets. The visa crisis, however, established beyond doubt that the U.S. lost touch with the reality on the ground – a mistake for which they would like to compensate by trying to punish President Erdoğan. Perhaps they have been listening to the Turkish leader’s domestic opponents, who call for the West to discipline him. At the same time, U.S. officials seem unwilling to understand that the Turks expect Washington to live up to its responsibilities as an ally – mainly because that demand entails a redefinition of bilateral relations.

Since the July 15 coup attempt, Turkey has been going through a completely different process – which gave rise to a deep-running sense of anti-Americanism. The fact that Washington allows Fetullah Gülen, the failed coup’s mastermind, to live in a mansion in rural Pennsylvania and recently delivered 3,500 truckloads of weapons to PKK/YPG terrorists sent a clear message to the Turkish people far more effective than President Erdoğan’s harsh comments about the U.S. policy. To be clear, this is much bigger than a general sense that Washington supported military coups against Turkish governments in the past. As such, U.S. policymakers must keep an eye on their country’s perception in Ankara before accepting the offer to treat Turkey as a Middle Eastern country as opposed to the country they would like to see. Needless to say, they should take the claim that the Russians were able to bring the Turkish president to his knees by taking strong measures after the November 2015 jet crisis with a grain of salt. At the end of the day, the advocates of such aggressive policies ultimately wish to alienate Turkey and push the country out of the international system.

The same people may believe that the Turkish people would turn against President Erdoğan if tough measures are implemented. Sadly enough, the Turkish public today believes the U.S. poses a greater threat to their country than Russia. The fact that we measure Turkey-U.S. relations against Ankara’s relations with Moscow, which never got close to a “strategic partnership” in history, should make clear how bad the situation really is.

Let’s make one thing clear: The Turkish public maintains that concerns about Turkey’s future are fueled by the U.S. If Washington refuses to change its course, U.S. policymakers will lose a crucial NATO ally as they try to “discipline” the Turkish president. President Trump desperately needs a new Turkey policy based on facts and facts alone. What the new policy would be called, however, is immaterial.

Where are We in Turkish-U.S. Relations?
Previous

Turkish-U.S. Relations: What Does The Future Hold?
Next
Loading...
Loading...
We use cookies to ensure that we give you the best experience on our website. If you continue to use this site we will assume that you are happy with it.Ok