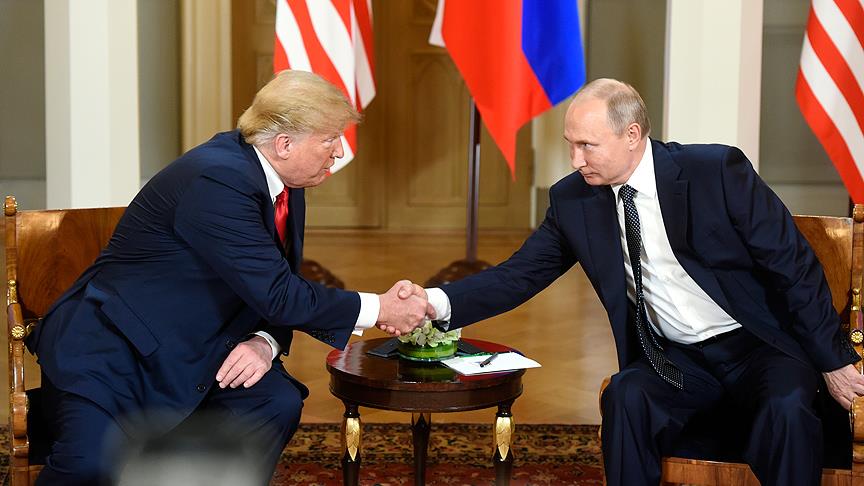 Almost every U.S. president has promised, wished or dreamed of revising and recalibrating Washington's relations with Moscow; however, after entering office and attempting to change the trajectory of the bilateral ties, they quickly discover that the task is easier said than done.

Almost every U.S. president has promised, wished or dreamed of revising and recalibrating Washington’s relations with Moscow; however, after entering office and attempting to change the trajectory of the bilateral ties, they quickly discover that the task is easier said than done. Over the last three years, two presidents have tried to revise relations between the two countries. In fact, President Barack Obama launched a very ambitious policy of resetting relations with Russia.

In that instance, not only did the top diplomats of the two countries agree on a “reset,” but the presidents even enjoyed a hot dog together in a casual setting – a public display meant to signal the coming changes. Intellectuals and former policy makers rejoiced in the progress, arguing that mending bilateral ties would create a win-win situation for both countries. Zbigniew Brzezinski, for instance, in his book “Strategic Vision” argued the necessity of reorganizing relations between the U.S. and Russia so that Russia could be part of the Western camp. However, this honeymoon of rhetorical improvement was short-lived; relations soon started to sour. Disagreements in Syria, the tension over the Edward Snowden case, the crisis over Ukraine and the increasing bad chemistry between Obama and Russian President Vladimir Putin led to the dismantling of the reset and the emergence of a crisis in bilateral relations.

The last days of the Obama administration lead to one of the worst crises in relations after the deportation of Russian diplomats from the U.S.As mentioned previously in this column, Trump has been very consistent, starting in his presidential campaign, about improvements in relations between the U.S. and Russia. Neither when Hillary Clinton criticized him for being Putin’s puppet nor the rumors about the collusion between Trump’s campaign and Russia altered his attitude. The Mueller investigations, the reports in the press and the fact that he had to sack his national security adviser partly due to his contact with a Russian ambassador in Washington did not change his attitude. He had always underlined that the U.S. and Russia could work together and stressed that Putin and he could be friends. The Helsinki Summit was supposed to be one of the turning points of Trump’s rapprochement with Russia.

However, the controversial press conference demonstrated how difficult this task was bound to be. Trump’s performance and his statements about the findings of U.S. intelligence received reactions from U.S. institutions, including a statement from U.S. National Intelligence Director Dan Coats reaffirming his support of evidence confirming Russian meddling in the 2016 U.S. presidential elections. His statement was followed by members of Congress and former policy makers voicing their own reactions to Trump’s statements. In fact, some media reports even revealed that members of his own administration had responded with outrage and disbelief. Despite the fact he later fixed his remarks about the findings of U.S. intelligence, his tweet storm was interpreted as the continuation of the Russian influence.

As stated above, there is a long history of U.S. presidents trying to revise relations with Russia; however, two factors set Trump’s attempt apart from his predecessors. First, his approach to transatlantic economic and security relations proved problematic for many. For Washington to approach Russia while distancing itself from European allies was interpreted as more than a policy change, but instead as a shift of axis. His attitude toward European leaders, both at the G7 meeting in Canada and the NATO summit in Belgium, was interpreted as a growing alienation of the U.S. from its allies.

In this context, embracing Russia raised concerns about Trump’s final objective. Second, Trump’s attempts to be closer to Russia amid concerns over Russian interference in American affairs generated tension between the president and U.S. security agencies. Although the president himself is not under investigation, the indictments for his former aides’ interactions with Russian-linked individuals made kick-starting an initiative with Russia almost impossible. Under these circumstances, any potential cooperation between the two countries will be hard-pressed to find footing. If the pressure from domestic institutions and external relations continues and Trump cannot find another way to balance the two, Moscow and Washington may find it difficult to work on even the most basic areas that require coordinating policies.

Facing US pressure, Iran looks for a way out of crisis
Previous