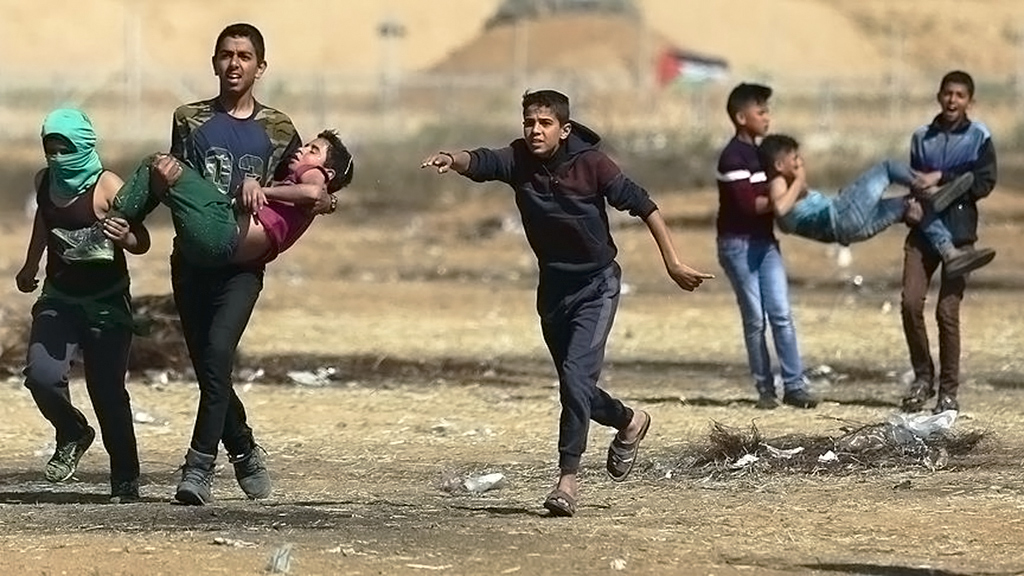 U.S. President Donald Trump continues to play with the fire in the Middle East.

U.S. President Donald Trump continues to play with the fire in the Middle East. He first persuaded Saudi Arabia and the United Arab Emirates (UAE) to initiate a harsh polarization campaign in the region and to impose a blockade against Qatar, politically the most open state in the Arab world. Then, Trump declared Iran a terror state, withdrew from the multilateral nuclear agreement signed with Tehran and promised to impose new sanctions against Iran. In addition, neglecting decisions made by the United Nations Security Council, Trump declared Jerusalem, the third most sacred city for Muslims and also sacred for Christians, the capital of Israel — the illegal occupier of the city.The Palestinian issue is the mother of all the other problems. Without solving this issue, it is impossible to bring peace and stability to the Middle East. Considering Israel’s violence and illegitimate policies, the Trump administration’s limitless support of the Israeli government contributes only to further the animosity between regional people and states. Palestinian President Mahmoud Abbas and many other political leaders have declared that the U.S. is no longer a mediator for the people in the region. American policymakers pursue a staunchly pro-Israeli and anti-Palestinian policy. Therefore, peaceful demonstrations, Palestinian demand for national rights and their demands for international law will continue to question the U.S.’ contradictory regional policy and hegemony.

After this unjust decision, Trump’s arrogant stance began to alienate the U.S. from even its closest allies, namely the United Kingdom and most of other Western countries. Although big Western powers and all other global powers remain silent about the Israeli nuclear arsenal, its human rights violations toward Palestinians and its interventions in regional conflicts, they oppose Washington’s obviously unjust policies. While most states are reluctant to compel Israel to cease its brutality against innocent civilians, the international community curses the Israeli atrocities and the U.S.’ apparent support of them. Worldwide people are aware that Washington has become a partner in the Israeli violence and has lost its credibility in the Middle East. While trying to punish Iran for researching nuclear energy, Trump fully supports Israel, one of the biggest nuclear powers and the only nuclear power in the region. The Trump administration has arrogantly stood by the Israeli government and associated itself with its atrocities and crimes against humanity.

As mentioned by President Recep Tayyip Erdoğan, world public opinion will curse not only the Israeli government but also its supporter, the Trump administration. That is, the world will begin to question U.S. hegemony since Trump, who acts unilaterally and arrogantly, does not wait for consent from its allies. Because of his ultra-nationalist and xenophobic personality, Trump remains indifferent to the beliefs, choices and expectations of 1.5 billion Muslims worldwide.

The Palestinian civilians killed by Israeli bullets in the Gaza protests are only the latest round of Israeli killings and dehumanization of Palestinians — a group of people who have been oppressed for more than seven decades. Therefore, solidarity with Palestinians is a moral responsibility for every individual and state worldwide. Worldwide public opinion and the whole Muslim world condemned Trump’s move. However, there have been no concrete measures taken against these atrocities.

The Arab world is dead. The several remaining stable Arab countries have encouraged and even supported Israeli aggression against Palestinians. Some other Arab countries remained silent, which means indirect support for the Israeli policies. Overall, for most Arab states the Palestinian issue is not a problem anymore. That is, they simply do not care how the Israeli government deals with the matter.

Turkey is the only country trying to take diplomatic and political measures against the Israeli and American fait accompli. Turkish leaders have strongly condemned the Israeli and American perspective and have exchanged views with the leaders of several regional and global powers. The government recalled its ambassadors from Tel Aviv and Washington and called on the Organisation of Islamic Cooperation (OIC) to gather at a summit to discuss the issue. Turkey has been mobilizing all of its resources to ease the plight of the Palestinians.

5 Questions: The French Manifesto against the “New Anti-Semitism”
Next
Loading...
Loading...
We use cookies to ensure that we give you the best experience on our website. If you continue to use this site we will assume that you are happy with it.Ok