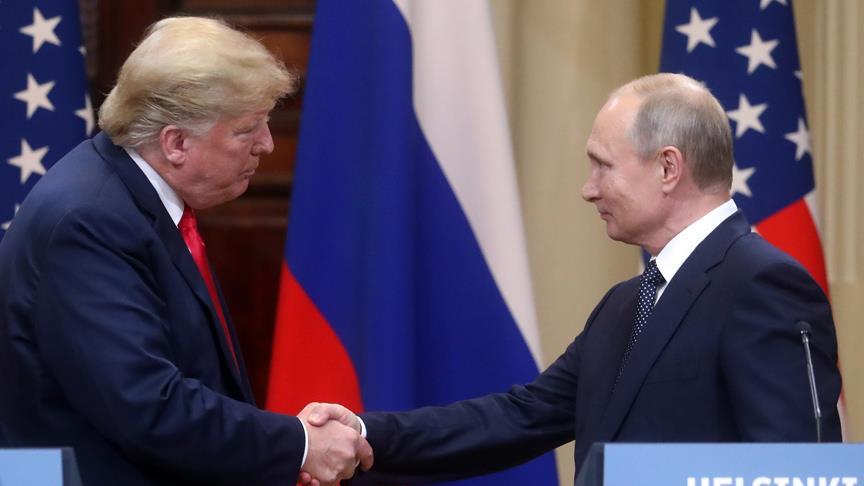 Trump-Putin summit in Helsinki changes nothing

The Helsinki summit between Donald Trump and Vladimir Putin did not yield any tangible outcomes, but can be described as a good start to discussing several bilateral and regional problems

U.S. President Donald Trump and Russian President Vladimir Putin held their first formal meeting on Monday in Helsinki, Finland. After a two-hour tête-à-tête discussion, the leaders described their talks as a productive, constructive good start. To be clear, nobody expected this week’s summit, which the U.S. public seems to consider a question of national security, to yield concrete results.

Instead, observers expected Trump to make promises to his Russian counterpart that he could not keep. Appearing in front of cameras alongside his U.S. counterpart, Putin denied meddling in the 2016 presidential election and declared that “the Cold War is a thing of the past.” Stressing the importance of dialogue with Russia, Trump said there was no “cloud” over his election victory.

Needless to say, it was not easy for Trump, a vocal critic of Washington’s Western allies who reportedly described the European Union as a “foe,” to hold Monday’s meeting with Putin. Since winning the 2016 presidential election, the U.S. president has been under fire for his alleged links to Russian President Vladimir Putin.

Meanwhile, the indictment of 12 Russian nationals as part of special counsel Robert Mueller’s investigation of Russian interference in the 2016 presidential election means that he is closing in on Trump. Again, Washington maintains that the Russians have been quite aggressive at least since their 2014 annexation of Crimea.

Policymakers view any attempt by the Trump administration to lift Obama-era sanctions on Russia or recognize the annexation of Crimea as a doomsday scenario. Taking such steps, experts warn, could pave the way to the annexation of South Ossetia and Abkhazia.

At the same time, European leaders, including the leaders of Germany and the United Kingdom, are concerned that Trump could make Eastern Europe more susceptible to Russian influence by striking a deal with Putin. To make matters worse, the memory of alleged Russian interference in the 2016 Brexit referendum and the 2017 presidential election in France is still fresh.

The two leaders’ meeting took place shortly after the controversial G-7 and NATO summits. Those deeply concerned about the Russian threat warn that President Trump could set aside the priorities of the transatlantic alliance and make his peace with Moscow’s aggression in an attempt to protect and further U.S. interests. Unlike the U.S. media, Trump seems confident in his abilities: He does not care about President Putin’s early career as a KGB spy and wants to succeed where his predecessor, Barack Obama, failed.

The Helsinki summit concentrated on allegation of Russian meddling in U.S. elections, the situation in Ukraine, Syria and Iran, and nuclear non-proliferation. Pushing back against mounting pressure from Congress, U.S. Secretary of State Mike Pompeo stressed that President Trump would scold the Russian president on election meddling. Even if the U.S. president stuck to his talking points, though, the summit is unlikely to yield concrete results.

By contrast, the two countries could find it easier to hold talks on nuclear non-proliferation. Moreover, it remains to be seen what kind of road map the two leaders could create on Ukraine, which Europeans are closely watching, and Syria, which is key to the Middle East’s future.

President Trump’s criticism against NATO seems to have strengthened Putin’s hand. There are serious tensions within the Western alliance – which means that Moscow can afford to watch from the sidelines. At the same time, time is on Russia’s side as the Syrian crisis drags on: Putin is expected to hold a meeting with Turkish President Recep Tayyip Erdoğan and Iranian President Hassan Rouhani in Astana, Kazakhstan soon.Although experts claimed that Trump could negotiate with President Putin to remove the Iranians from Syria, Washington seems unlikely to make an effective move regarding the U.S. withdrawal from Syria and Iran’s containment. Neither the U.S. nor Russia is in a position to reverse Iran’s expansionist policy, which has been around for four decades.

It is true that worsening economic conditions sparked protests in Iran and anti-Tehran demonstrations have been taking place in Iraq. But the regime will resist at all costs. To be clear, the anti-Iran bloc formed by Saudi Arabia, Israel and the United Arab Emirates won’t be able to stop the Iranians either.

One way or another, the U.S. is compelled to continue its cooperation with Turkey, which was revived by the Manbij road map. It’s time for Washington to hold talks with the Turks on the PKK’s Syrian branch, the People’s Protection Unit (YPG) and the Gülenist Terror Group (FETÖ).

Tehran still under threat as its regional policy remains same
Next
Loading...
Loading...
We use cookies to ensure that we give you the best experience on our website. If you continue to use this site we will assume that you are happy with it.Ok