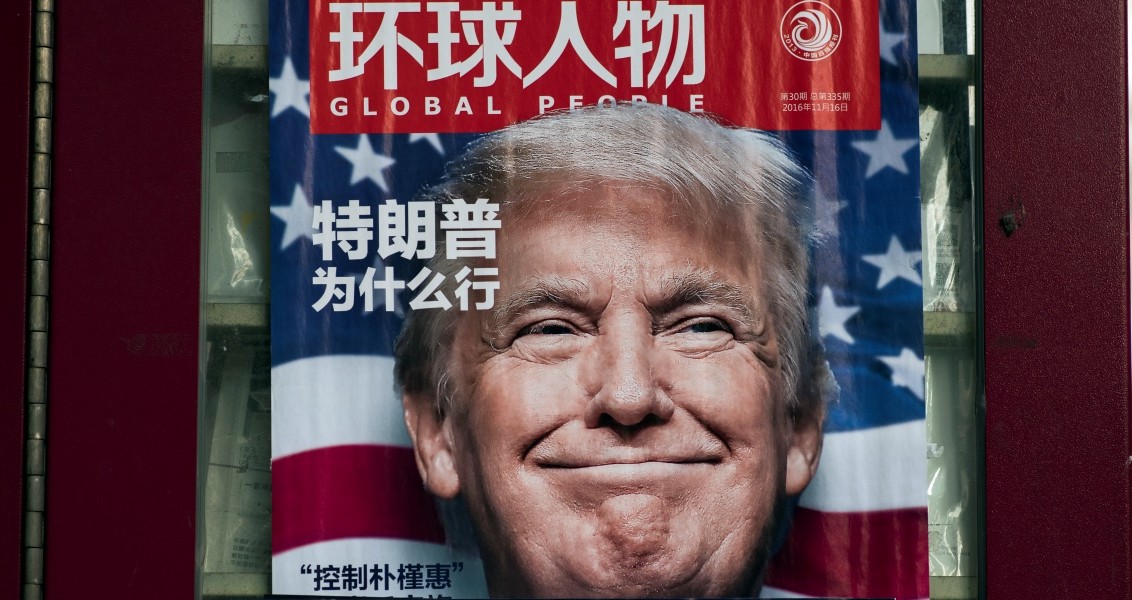 Analysts that haven't seen such Trump's suprising diplomatic style in international relations, cannot comment on the future of the frozen US-China relations

Donald Trump’s election as the president of the U.S. surprised not only the American people but others around the world. Foreign policy experts prior to Nov. 8 were preparing analyses and recommendations for their governments on how to conduct foreign policy in a post-Obama U.S., most probably with Hillary Clinton. Although there were question marks regarding how she would conduct foreign policy, there were certain levels of predictability that also existed due to Clinton’s previous positions and her foreign policy team. The Asian Pacific region was one many expected to see a significant difference with a Clinton presidency. The fact that she launched the pivot to Asia and she had several experienced foreign policy veterans on her team, such as Kurt Campbell who played an important role in attempts to reorient U.S. foreign policy, made many expect the beginning of a pro-active foreign policy in Asia. However, the election of Donald Trump as president significantly changed the dynamics in U.S. foreign policy regarding Asia. In particular, relations with China emerged as a major question as many wondered what the fate of relations would be and what would become of bilateral relations.

Of course, the campaign rhetoric of Donald Trump did not inspire much optimism. Just like nearly every other presidential candidate, Trump harshly criticized China for unfair trade practices throughout the campaign. These practices include, the infringement of intellectual property rights and currency manipulation, which provides a lot of advantages for China, keeping hundreds of billions of dollars of trade surplus in its trade relations with the U.S. These criticisms have become election campaign classics for candidates. What has changes in the last decade is, instead of criticizing the human rights record of China and promising to be more assertive in the protection of human rights and fundamental values, the presidential candidates’ attention has turned into the more “strategic” and “geopolitical” challenges that China poses in Asia- Pacific. In particular the disputes over Spratly Island in the South China Sea and China’s construction of air bases over these disputed islands were considered significant problems for the United States. Of course, we have to also add the alarmist voices from the U.S.’s allies in the region because of the increasing militarization of China in the region.

Under these circumstances the policies of the new administration about China gained more significance. In the aftermath of the elections the first major crises took place after the phone call between President-elect Donald Trump and Taiwanese president Tsai. The first such contact between the two presidents for the last 40 years generated a huge reaction in China. Following the reactions this time, Trump responded over his Twitter account stating, “Did China ask if it was OK to devalue their currency (making it hard for our companies to compete), heavily tax our products going into… their country (the U.S. doesn’t tax them) or to build a massive military complex in the middle of the South China Sea? I don’t think so!” The phone call with Taiwan and these tweets demonstrated that Trump would prefer to follow a more hardline approach in regards to relations with China. The rhetorical escalation and symbolic confrontation will probably result retaliatory moves by the Chinese government in the future. Of course this does not mean that there will a whole confrontation between two countries however it demonstrated the willingness and readiness on the part of Trump to escalate the tension if he sees it necessary.

There are different dynamics within the same relationship. On the one hand, the relationship between the two countries is probably the most crisis-proof relationship between two superpowers in history. The economic interdependence and level and volume of cultural and social exchanges are immense. The number of tourists, students and businessmen travelling to and from China is at its peak. For many it is now a situation of Mutually Assured Economic Destruction, similar to Mutually Assured Destruction of the Nuclear proliferation. Any form of escalated dispute risk the economic relations and the damage to the economy of one country significantly affects the economic situation in the other country. Every six months the high level delegations on both sides are meeting at the Strategic and economic dialogue meetings. However, as mentioned above there are serious disputes over the trade related issues between two countries as well.

On the other hand, there is a serious mistrust between the two countries in regards to their geopolitical objectives in the Asia Pacific region. Increased defense spending, its South China Sea “adventures,” and assertiveness in the language of China’s foreign policy are making the U.S. allies in the region extremely nervous. Considering the security and military agreements between the U.S. and these allies, these small skirmishes have the risk of sudden escalation and may necessitate U.S. involvement, which would result in serious crises in bilateral relations. These types of crises end up having a spiraling effect of leading to increasing defense spending and rise of the level of security dilemma between two countries. Of course, if Trump will keep up his campaign rhetoric in terms of burden sharing of allies and if U.S. allies in the region spend more money and effort for defense spending, it would also bring serious risk of uncontrolled escalation, increasing self-confidence and even adventurism among these allies.

For the bilateral relations the only positive signal since the election was the appointment of the Iowa governor Branstad as the ambassador of the U.S. in China. It is well known that he has friendly relations with the Chinese President Xi. Although it was interpreted as an attempt by Trump team to ease the tension and to have a more personal intervention to manage bilateral relations, it is questionable how much he can achieve given the increasingly complex nature of relations. Considering the former military appointments to the key security policy bureaucracy, the Chinese defense budget and increasing militarization in South China Sea will be the most significant challenges for both countries. Because of that his appointment for the Secretary of State position will be particularly important. Of course there is also a possibility that Trump one more time can surprise us by launching his own “reset” with China. For the analysts today, all options are on the table.

Resisting Speculative Attacks
Next
Loading...
Loading...
We use cookies to ensure that we give you the best experience on our website. If you continue to use this site we will assume that you are happy with it.Ok