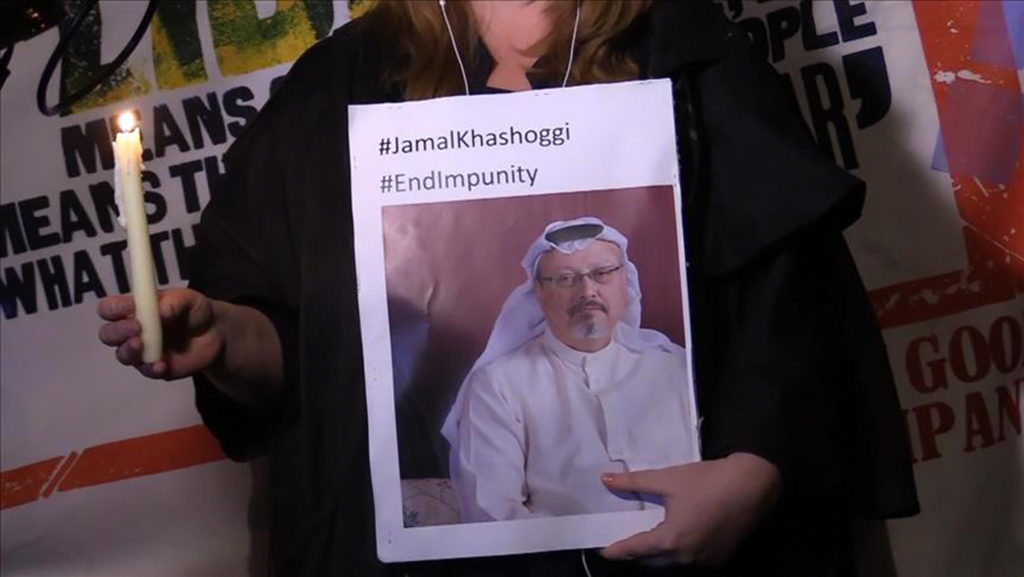 Tough days ahead for Saudi Arabia

The Khashoggi murder will make the Saudis more dependent on external actors; this in turn could push it to become a common problem for the whole international community

The case of the murdered Saudi journalist Jamal Khashoggi seems to be nearing a conclusion following a turbulent mix of explanations from Turkish and Saudi authorities, ending with Saudi officials finally admitting that Khashoggi was murdered in the Saudi Consulate by a group of officials. However, there are several questions that remain unanswered. The first being: Where is the journalist’s body? It is the responsibility of the Saudi government to deliver the body to his family – a humane courtesy practiced throughout the international community. During an interview with CNN, the sons of the slain journalist, Salah and Abdullah Khashoggi, issued an appeal for the return of their father’s body. His sons said they want to return the body of their father to Saudi Arabia and to bury him in al-Baqi cemetery in the sacred city of Medina. Unfortunately, considering Saudi efforts to cover up any sign of the murder, it is unlikely that it could ever be recovered or returned, leaving many questions unanswered.

Second, the international community has lost confidence in Riyadh, which may cause further problems in the near future. It seems that the Donald Trump administration and Saudi Arabia’s regional allies, i.e. Israel, have tried to undermine the murder case; however, Ankara’s determined follow-up of the case has kept the case alive and the international community alert. Turkish authorities have not missed a single piece of evidence; as soon as they get something, they share it, not only with Saudi authorities, but also with international media and global powers. Ankara has made it impossible for the Saudi side to cover up the murder.

High-level Turkish authorities, namely President Recep Tayyip Erdoğan and Vice President Fuat Oktay, have emphasized the importance of Riyadh revealing the individuals responsible for the murder. Erdoğan made it clear that it is not King Salman himself. Despite this, U.S. President Donald Trump was more critical when he claimed Saudi Crown Prince Mohammed bin Salman remains the only possible authority responsible for the case. More specifically, Trump said the crown prince is “running things and so if anybody were going to be, it would be him.” Trump earlier described the Saudi efforts as “one of the worst in the history of cover-ups.”

Third, the kingdom cannot sustain the increased vulnerability of Riyadh. In the short term, the kingdom may become more dependent on external support, especially from Washington, but in the long term, it will attempt to increase its independence from external influence. Sooner or later, the kingdom will turn into a problem for its international protectors since it will be increasingly difficult to maintain the balance between domestic power circles and foreign influence. The more it loses its domestic support bases, the more Riyadh will lean toward authoritarianism. The detention of some of the members of leading Saudi clans, including the royal family, has already shaken the traditional establishment of the conservative kingdom.

Fourth, the Trump administration cannot continue its support for the kingdom unconditionally. After all, Riyadh is a regional instrument for the realization of Trump’s regional projections. If the Saudi government loses its legitimacy and domestic power, the Trump administration may look for an alternative ruler. However, if Trump becomes too distracted by domestic political rivalries, he may end up abandoning his allies in the Middle East all together. As a pragmatic politician, allying with other political actors has become a classic Trump move. More specifically, considering Trump’s policies in the Middle East, Trump himself may be willing to let the Khashoggi case go since it does not pose a direct threat to U.S. interests; however, he may face pressure – considering the upcoming elections – which will force him to be more “sensible” in terms of international norms and rules.

In conclusion, the closure of the Khashoggi case will not make things easy for the kingdom. At a time when the Trump administration has decided to intensify sanctions against Iran due to its interfering regional policy, it will be quite difficult for Washington to remain lenient toward the Saudi breach of international norms and rules.

US needs more than fictional heroes to halt decline
Previous

The Trump effect continues to affect the US
Next
Loading...
Loading...
We use cookies to ensure that we give you the best experience on our website. If you continue to use this site we will assume that you are happy with it.Ok