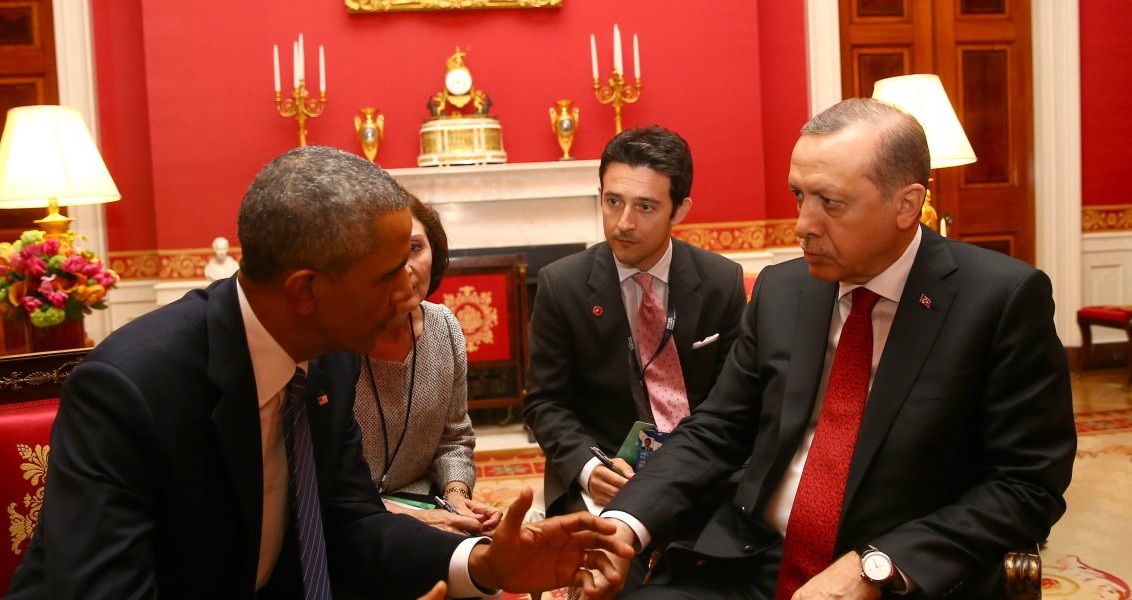 To Not Lose More: The Magical Concept in Turkish-US Relations

The passive attitude kept up by the U.S. throughout all of the processes in the Middle East is not a result of indecisiveness but the very policy itself, which Ankara knows

Despite the many challenges, Turkish-U.S. relations manage to continue, but it is obvious to all that the relationship is not going forward as a model partnership. It appears that for both countries, the main motivation is more to not lose more rather than to win even more. It is not possible to say that an alliance aimed at mutual gain has been established as of now.

This appeared most clearly during President Recep Tayyip Erdoğan’s visit to Washington last month. In the meetings he had, how alliance spaces could be deepened was considered alongside how alliances could be removed. While the main issue U.S. officials referred to was the struggle against DAESH, Erdoğan’s was that of fighting against terrorist organizations. The main reason for this is the U.S. partnering with the PKK extension in Syria, the Democratic Union Party (PYD), throughout its struggle against DAESH, who Turkey is fighting against.

The Turkish side tried to explain just how big a threat and national security vulnerability this is for Turkey, and warned that this it cause long-term tensions and damage bilateral relations. In the struggle against DAESH, Ankara has affirmed that it is part of the coalition forces and that it has been doing and will continue to do its utmost in order for this struggle to succeed. It has repeated its ideas to establish a safe zone and no-fly zone.

The American side, for its part, wanted Turkey to not problematize the support it has been providing to the PYD’s People’s Protection Units (YPG) militia during the fight against DAESH. It questioned whether the reconciliation process with the PKK would start again.

Turkey has said that it would not be possible for it to sit at the reconciliation table with the PKK, and emphasized that the U.S. regarding Turkey and the PKK as sides would never be accepted.

In the aftermath of the meetings, neither the U.S. nor Turkey were at the position desired by the other side. In spite of this, the U.S. tried to give the impression that it had an attitude that tried to take Ankara’s priorities into account and be more careful. It was understood, after Erdoğan’s contacts that the YPG would not be placed in the border zone to be cleared of DAESH and that if they were, Turkey would respond with force. For this reason, while YPG forces were directed more to the south, an environment along Turkey’s border was created for Turkey- and U.S.-supported opposition groups to fight DAESH.

The U.S. also tried to give the impression that it would expend efforts in order to lessen the effect of the YPG within the Syrian Democratic Forces (SDF). In any case, the U.S. was uncomfortable with the nature of the YPG’s relationship with Russia. However, this game that the U.S. has established on the principle of not losing more instead of on winning causes it to be faced with serious dilemmas. We are witnessing a time when the cease-fire in Syria is slowly losing its functionality, and it is just a matter of time before it ends. The U.S. wants to extend this period as much as it can, but it does not have the instruments to ensure it.

Russia has been incapable of stopping Bashar Assad’s regime. The dissolution between Russia and Iran that appeared concerning Syria’s territorial integrity is gradually deepening. On the other hand, the opposition has completely removed itself from the Geneva talks. Despite the statement of the U.N. special envoy for Syria, Staffan de Mistura, that negotiations would continue, the opposition is more of the attitude to go back to the fronts. In addition, we see that Assad’s regime forces and YPG militants have come in contact and clashes have erupted between them.

The Kurdish Communities Union (KCK) – and all its subsidiaries, including the PKK, PYD and YPG – regards these periods as a loss. For this reason, it is doing all it can to make itself be regarded as an addressee in American eyes. The KCK had tried to turn the blockage in the Syrian conflict into an opportunity for itself and tried to create areas of hegemony in both Syria and Turkey. However, the point arrived at now is one where the KCK is becoming a costly partner for the actors it is working with in the field.

Turkey’s attitude at this point is extremely critical. Whether regarded as Ankara’s obstinacy by some or its decisiveness by others, it is limiting the movement area of the KCK and the armed terrorist organizations that are connected to it. Some say that this particular Turkish attitude takes away the right of armed radical Kurdish nationalists to be subjects.

Currently, while the KCK is attempting to play the role of peace dove for the Western public, it is continuing the propaganda that it is the most effective force against DAESH on the field. Senior KCK leader Cemil Bayık claimed in an interview a few days ago that they had direct contact with the U.S. At the same time, Bayık criticized the U.S. Ambassador to Turkey John Bass’s statement that the PKK should disarm. He said that it is Turkey who should be disarming.

The passive attitude kept up by the U.S. throughout all of these processes is not a result of indecisiveness but the very policy itself, which Turkey knows. Thus, in order to not lose more, Turkey is also not placing the U.S. against it in a clear manner. It is continuing its alliance relationship with it in its own course with the aim of not losing more. This relationship continuing in this manner is not good for either the U.S. or Turkey. At this point, however, it is not possible for U.S. President Barack Obama’s administration to understand and then create policy accordingly. We all know this as well.