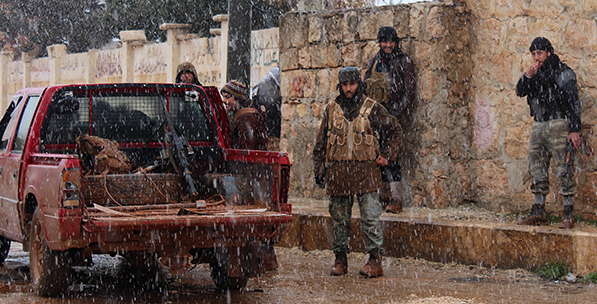 Time to Reconsider the Region’s Affairs

With Iran's influence on the rise and proxy wars being fought in multiple countries, there are but two options available to Middle Eastern nations: More of the same or a fresh start.

Back in December 2010, when the Arab Spring had just begun, more than a few observers believed that the time for a Middle East of popular preferences had finally come. With the wave of change turning into a bloody civil war in Syria, the Spring came to a halt. Israel and the Gulf nations, meanwhile, became the counter-revolution’s chief sponsors. Gen. Abdel-Fattah el-Sissi’s military coup in Egypt, coupled with the rise of ISIS in Iraq and Syria as well as the capture of Sana’a by Yemen’s Hoothi Movement, turned the Spring into the darkest of winters. At this point, even the world-famous common sense of the people of Yemen might stop short of preventing years of chaos and divisions. In the meantime, experts suggest that instability and a large number of refugees could spill over to Saudi Arabia in case of a bloody civil war in the country.

Washington’s post-Arab Spring foreign policy, a combination of U.S. reluctance and more power to local partners, fostered a geopolitical environment where regional powers and sub-state actors could exert greater influence over Middle Eastern affairs. While the sectarian polarization between Iran and Saudi Arabia turned into a proxy war, the 2013 military coup rendered the possibility of counter-balancing the sectarian tensions through an alliance between Turkey and Egypt beyond reach. Meanwhile, the rise of foreign fighters, who are affiliated with sub-state actors including ISIS and al-Qaida, brought the war to Fortress Europe. Tehran’s new emphasis on hard power, which translates into training Shiite militias across the region, granted the country access to an unprecedented level of influence over the Middle East. At this point, Iran-backed militants remain among the most active participants of the anti-ISIS campaign in Syria and Iraq. Having used the ISIS threat as leverage to reconcile with the United States and expand its reach, Iran has become arguably the most influential country in Lebanon, Syria, Iraq and Yemen among others.

Glancing back at the post-Arab Spring period, it becomes clear that not only Iran but also Israel has scored major points. Once deeply disturbed by the rise of popular movements across the Middle East, Israel carefully flew below the radar while making major contributions to the counter-revolutionary agenda that led to the demise of the Muslim Brotherhood. Meanwhile, Gulf nations such as the UAE, which regarded Iran and the Brotherhood as the two greatest threats to itself, turned their relations with Israel into a veiled strategic partnership on the basis of the major overlaps between their national interests. It goes without saying that the de facto disintegration of multiple countries in the region allowed Israel to breathe a sign of relief over the Palestinian Question. The only problem for Tel Aviv right now seems to be the rapproachement between the Obama administration and the Iranian government. Yet Tehran’s empowerment boosts Israel’s influence over Middle Eastern nations concerned about this development. As such, Israel has been the largely unnoticed winner of the regionwide power struggle.

Although Saudi Arabia got rid of the Muslim Brotherhood by backing the counter-revolution, radical organizations including ISIS and al-Qaida were quick to fill the power vacuum and incorporate the Sunni community’s problems into their platforms. Surely enough, the rise of Salafi groups and their violent predicament represent a major challenge to the House of Saud. Having lost its charm in more than one Arab capitals, Saudi Arabia has been demoted to one of the worst losers in the aftermath of the Spring’s end. Turkey, meanwhile, has been unable to persuade the United States about the dangers of a prolonged civil war in Syria: A massive number of refugees, foreign fighters crossing borders and the increasingly fragile situation due to the ISIS threat.

In light of the above developments, there are two paths that remain available to the region: The first scenario means that an issue-based power struggle will continue between region

Turkey´s Relations with Latin America is Deepening
Next
Loading...
Loading...
We use cookies to ensure that we give you the best experience on our website. If you continue to use this site we will assume that you are happy with it.Ok