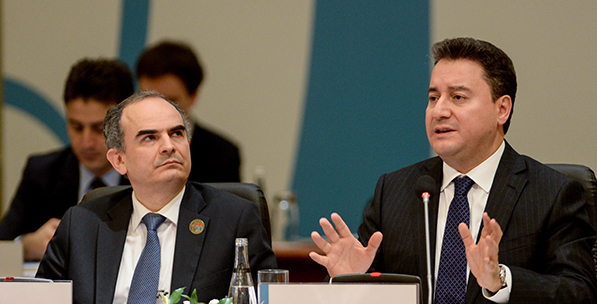 Given Turkey's desire to be seen as an emerging power in the global political economic system there is an urgent need to revamp the governance network in a way that gives a greater priority to growth and development dynamics without jeopardizing financial/macroeconomic stability.

The recent debate surrounding the unpopular interest rate decisions of the Turkish Central Bank shone the spotlight on one of the classical debates in development economics – growth versus stability. In national economies where a “catch up” mentality is maintained through a policy discourse of late development-industrialization, major sections of the macroeconomic policy network are structured to achieve the overarching goals of economic growth and wider development. In addition, the relationship patterns between public agencies, the private sector and civil society are designed to accelerate the pace of capital accumulation aimed at productive activities, to speed up the emergence of “national champions,” and foster corporate development in specific sectors to attain global competitiveness. Historically, as these economies attain a certain level of progress, the reflexes of both public and private actors begin to shift towards maintaining stability with moderate growth, and the attitude of maturity comes to be seen with more emphasis on financial oversight and arm’s-length regulation.

The systemic problem that became apparent in the public criticism by President Recep Tayyip Erdoğan toward the rather conservative monetary policies of the central bank is in essence related to Turkey’s need to achieve a shift in the reverse direction. In contrast to several examples of late development across the globe, Turkey is faced with the challenge of constructing a pro-growth, macroeconomic environment having already founded a pro-stability, institutional network. As the current macroeconomic policy architecture was structured under an International Monetary Fund (IMF) stabilization program, the paramount goals of major public institutions were defined as preserving public discipline, observing prudence in the regulation of financial institutions and improving the investment climate for domestic and international investors. The successive Justice and Development Party (AK Party) governments expanded the IMF-imposed tool set by adding a social aspect to the policy contract through central and local governments, but the essentially neoliberal/monetarist character of the macroeconomic governance model was maintained. The developmental aspects of the policy contract in such areas as industrial/technology policy, higher education policy for upgrading the productive network, technology transfer policy for improved competitiveness and strategic financial policies to increase domestic savings remained rather weak.

Therefore, the growth model which had displayed impressive results up to 2012 was based on new export market openings and the inflow of international funds, which increasingly aimed to attain short-term gains through investment in banking, real estate, construction and the tourism sector by pumping up domestic consumption. Meanwhile, the tight monetary policy of the central bank and the over-valued exchange rate regime strengthened imports for both the capital and intermediary goods used in manufacturing sectors and the consumption goods delivered to the domestic market.

As we stand, unfavorable international dynamics such as shrinking global demand, rallying of the dollar, currency wars and volatile commodities markets as well as domestic socio-political challenges, placed Turkey on a moderate growth path between 3 percent and 4 percent. For a developing economy with a young population and social needs, this growth trajectory is certainly a concern as it could feed into increasing unemployment and economic “cooling off.” Therefore, a strategic shift toward a more growth-oriented, real economy-oriented, industry-technology policy-oriented macroeconomic framework is urgently required. The first signs of this shift came with the structural reform package announced by the government in the last months of 2014, but we need to see concrete actions and modalities on ensuring the full participation of the private sector in the projected reforms. The central bank, fiscal authorities and autonomous regulatory stru

Time to Reconsider the Region's Affairs
Next
Loading...
Loading...
We use cookies to ensure that we give you the best experience on our website. If you continue to use this site we will assume that you are happy with it.Ok