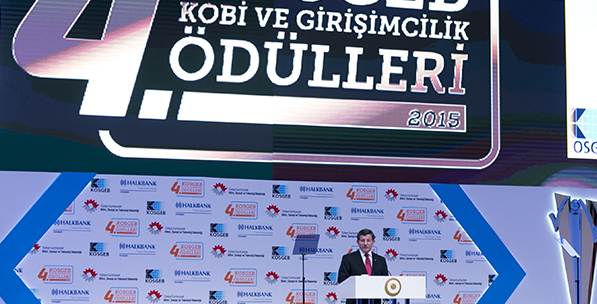 The policymakers in Ankara are required to accomplish a structural transformation program for socio-economic development, while fighting a low-intensity war in the southeast and overcoming the international repercussions of the crisis with Russia. Not an easy job for sure. But then, who said that politics was an easy job?

As many emerging economies compete for increased clout in the global system, the dominant agenda item in Turkey is socio-economic development or it should be. Since the erosion of the strong growth dynamic in the wake of the Gezi movements in 2013, Turkey’s economic growth and wider development performance have been unsatisfactory, and many structural reform attempts were made to ameliorate the situation. Now we stand at a critical juncture where profound steps toward reform in public administration, the investment climate, industrial finance, regional development strategies, labor productivity and higher education quality wait in a rather long line.

But focusing policymakers’ attention and energy on long-term issues of structural transformation and socio-economic development seem as difficult as ever in light of major domestic and international challenges. Domestically, the collapse of the reconciliation process with secessionist Kurdish nationalist forces led to a situation whereby low-intensity urban warfare spread in several cities and provinces in the southeast, such as Diyarbakır, Sur, Cizre and Nusaybin. The spiral of metropolitan terror perpetrated by the PKK and its various branches in the aftermath of the June 7 general elections has been categorically different than previous forms of terror seen in remote provinces along the borders with Iraq and Syria.

Taking encouragement from the expansion of its Syrian affiliate, the Democratic Union Party (PYD), and its armed wing, the People’s Protection Units (YPG), the PKK tried to create mayhem in metropolitan areas in the southeast and mobilize a popular revolution against the recently elected Justice and Development Party (AK Party) government.

Having dismally failed on the mobilization front, the PKK strategy shifted to oppression and intimidation of local residents, along with the widespread PR support provided by its political branch, the Peoples’ Democratic Party (HDP). For its part, the HDP lost its valuable political space as the chief intermediary between the Turkish state and the secessionist terrorist movement and was forced into a corner to defend the PKK’s “trench politics” based on urban warfare with security forces. The intensification of military conflict in urban centers and neighborhoods triggered a complete destruction of civilized life that we have seen in war zones such as Gaza and will require years for reconstruction. Add this on top of Turkey’s existing structural reform needs.

Internationally, on the other hand, the crisis with Russia seems to have poisoned Turkey’s cordial relationships with many countries, ranging from Central Asian Turkic republics to states in the Balkans and Eastern Europe, which are eager to avoid violent reactions from Moscow. Therefore, following deterioration of relations with major Middle Eastern players such as Egypt and Iran, there are increasing difficulties in Turkey’s near abroad that are likely to exert an effect on diplomatic and economic openings in the medium term. Therefore, recent news concerning potential rapprochement with Israel might be read as part of a balancing act aimed at filling the vacuum in Turkey’s regional security alignments reservoir in line with improving relations with the U.S. and the EU. After all, following the agreement to fight DAESH in close collaboration with the U.S.-led coalition by opening air bases to coalition aircraft and the agreement with the EU concerning accelerated accession talks in return for collaboration on the refugee issue, Turkey was seen to go back to its conventional foreign policy line. Perhaps this was a move made out of necessity rather than free choice, but the motives do not change the outcome.

In a nutshell, the policymakers in Ankara are required to accomplish a structural transformation program for socio-economic development, while fighting a low-intensity war in the southeast and overcoming the international repercussions of the crisis with Russia. Not an easy job for sure. But then, who said that politics was an easy job?

* I wish that 2016 is a more serene and peaceful year for Turkey and the world.

2016: A Year of Important Decisions
Next
Loading...
Loading...
We use cookies to ensure that we give you the best experience on our website. If you continue to use this site we will assume that you are happy with it.Ok