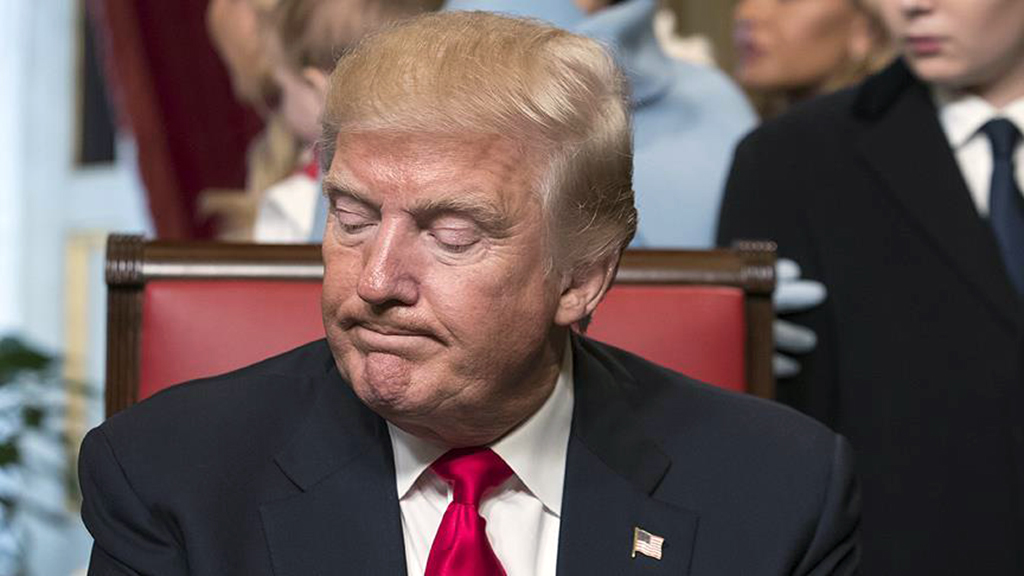 The White House drops the ball on Iran

The policy-makers in the White House have not been able to agree on how to take position on the protests going on in the U.S.'s long-time rival Iran

Since the beginning of the demonstrations in Iran, the U.S. administration’s reaction to these events has demonstrated that, although its members can rarely agree, this issue seems to have inspired a rare general consensus. Throughout last year’s foreign policy crises, we saw that different branches of the U.S. administration tended to have diverging viewpoints. In the Qatar crisis, U.S. President Donald Trump’s tweets did not match the statements of the secretary of defense. Similarly, in the tension with North Korea, we saw that Trump’s tweets again contradicted the statements of the secretary of state. It is true that previously when Trump did not certify Iranian compliance with the Joint Comprehensive Plan of Action (JCPOA), the secretary of defense made a statement that contradicted the president during his testimony before Congress. However, for the recent events in Iran, an administrative consensus has risen, agreeing that it is not acceptable for the Iranian government to crack down on demonstrations. Yet, there seems to be a major divide among the actors about priorities, the instruments and the tools needed to deal with the situation.

Although Trump prioritizes a renegotiation and possible termination of the nuclear deal, there are a lot of unknowns about the possible implications of such moves. The issue may generate disagreements between Congress and the White House, as some members of Congress seem to be reluctant to terminate the nuclear deal. Furthermore, such a move could also endanger the already strained EU-U.S. relations due to Trump’s decision to withdraw from the Paris climate agreement, which already has many NATO and EU members questioning the U.S.’s commitment to keeping its promises. Following the October decertification, the EU took a stance opposing the U.S. The termination of the nuclear deal may risk transatlantic cooperation. Neither renegotiation nor imposition of additional sanctions is seen as favorable in this deal. Next week, Trump will make another decision about the nuclear deal, and a similar position could generate many questions, especially if the U.S. does not share its planned next step.

Another issue is Iran’s regional activities. Presidents and administrations have been expressing concerns about the regional policies of the Iranian state for decades. Many criticized President Barak Obama’s administration for underestimating the destabilizing role that Iran has been playing in the region in order to sign the nuclear deal. Some actors in the Trump administration share this viewpoint and are more expressive about the need to do something about Iran’s role in the region. However, there has yet to be a plan or policy presented to the public. The problem areas that were constantly reiterated by the members of the administration include Syria, Iraq, Yemen and Lebanon.

In the midst of these major questions, the demonstrations in Iran have generated debates between groups inside and outside the administration about policies on Iran. It is obvious that almost everybody sees this moment as an opportunity to push their own domestic or foreign policy agenda. Trump’s tweets and Vice President Mike Pence’s statements have demonstrated that they want to be anti-Obama in terms of the quickness of their responses. In an op-ed piece, Pence was critical of the position that the previous administration took in regard to the Green Movement in 2009. On the other hand, another group of actors and think tankers consider the demonstrations an opportunity to change the regime. Although rarely expressed openly due to its bad connotations in Iraq and elsewhere, the policies were recommended with the hope that they would launch a process that can topple the Iranian government. Some others, especially those focusing on Iran’s regional activities, also consider this an opportunity for Iran to focus on its internal problems instead of involving other areas in the Middle East. The protesters’ slogans criticizing Iran’s involvement in Syria, Lebanon and Yemen have repeatedly been presented as evidence of this. However, once again there are immediate reactions but no plan about the potential impact of these positions and statements to relations with Iran or relations with other partners. The statements from different institutions are in line with each other, but lack planning and a comprehensive strategy.