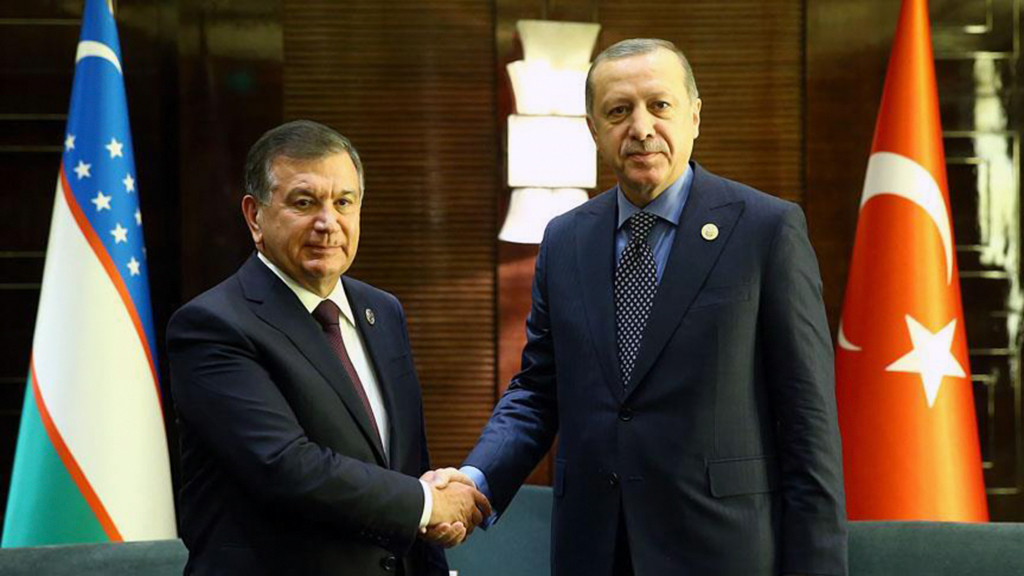 President Recep Tayyip Erdoğan , who also holds the position of president for the OIC Summit, paid a historic visit to Uzbekistan as an indication of recently intensifying bilateral relations between the two countries.

We are currently in Dhaka, the bustling capital of Bangladesh, for the 45th Session of the Council of Foreign Ministers (CFM) of the Organisation of Islamic Cooperation (OIC). As foreign ministers and senior officials from around the Muslim world gather for the second-most important meeting in the annual OIC calendar following the leader’s summit, the long-drawn and traumatic plight of Rohingya Muslims will inevitably dominate the agenda during the proceedings. The vital importance attached to the issue by the hosting Bangladeshi government was reflected in the inclusion of an official visit to the refugee camps in Cox’s Bazar to offer the diplomatic representatives a firsthand impression of the grave difficulties facing the massive refugee community there.

While monsoon season is approaching fast, thousands of Rohingya are struggling to survive in extremely difficult conditions in refugee camps set to deteriorate with the impact of the harsh climate soon. Several OIC member countries, including Turkey, are doing their utmost to support the humanitarian efforts aimed at providing essential amenities for the Rohingya. Turkey’s public agencies, such as the Red Crescent, the Disaster and Emergency Management Authority (AFAD) and the Cooperation and Coordination Agency (TİKA) are very active in the region, as well as many humanitarian nongovernment organizations.

Several support agencies from the Muslim world and the international community are also supporting the efforts, but the sheer scale of the humanitarian calamity necessitates increased public and private assistance through multiple channels.While our hearts and minds go out to the Rohingya’s plight, as the largest persecuted community in the world, crucial diplomatic developments were taking place elsewhere this week in the OIC geography. President Recep Tayyip Erdoğan , who also holds the position of president for the OIC Summit, paid a historic visit to Uzbekistan as an indication of recently intensifying bilateral relations between the two countries. Despite the close cultural bond between the two nations, Erdoğan interestingly became the first Turkish president to officially visited Uzbekistan in 18 years and addressed the Supreme Assembly in the capital Tashkent.

This visit, which was preceded by an official visit by Uzbek President Shavkat Mirziyoyev to Ankara recently, is expected to kick-start a new period of close cooperation and strategic partnership between the two countries. The amicable relations formed between Mirziyoyev, who is determined to rapidly open his country to regional partnerships and the world economy, and Erdoğan were reflected in the signing up of numerous agreements regarding the tourism, construction and banking sectors. Following the official proceedings in Tashkent, Erdoğan and his delegation also visited important sites of cultural and spiritual heritage in Bukhara, the hometown of great hadith scholar Muhammad al-Bukhari and Sufi master Sheikh Bahauddin Naqshband. These visits expressing respect to the architects of common culture greatly contributed to the galvanization of the emotional and cultural bonds between the two nations. It was also an important gesture that Erdoğan promised to support the initiatives of the Uzbek government aimed at the foundation of a research center on Islamic history and civilization to be named after Imam Bukhari.

The next stop on Erdoğan’s diplomatic itinerary was Seoul where he became the first leader to visit the country following the peace summit between North and South Korea. As Turkey was one of the strongest supporters of the Korean nation during the Korean War, it was really fitting that the inception of a new era toward peace, reconciliation and possibly reunification corresponded to a visit by the president. Turkey previously confirmed its support for the disarmament of the Korean peninsula and the eradication of nuclear weapons from the area on numerous occasions; therefore, the peace summit was warmly welcomed by Ankara. A joint communique issued by Erdoğan and South Korean President Moon Jae-in declared that bilateral relations between the two brotherly countries will develop further and the strategic partnership will be deepened.

Research and development for state-of-the-art technology, trade, education and defense constituted the main areas of cooperation along with the decision to empower MIKTA – a consultative informal forum that brings together the countries of Mexico, Indonesia, South Korea, Turkey and Australia – as an international partnership and elevate it to the leader’s level. As emerging powers in an increasingly volatile global system, Turkey and South Korea have many overlapping interests in deepening political, economic and geostrategic collaboration. Especially at a time when American foreign policy is taking an increasingly unpredictable and conflictual turn, South Korea will need the crucial support of a key NATO ally like Turkey; while Turkey needs the support and accumulated know-how of both corporate actors and public managers in brotherly nations, such as South Korea, to speed up its prowess in high-tech manufacturing sectors.

French touch may not help stabilize the Middle East
Next
Loading...
Loading...
We use cookies to ensure that we give you the best experience on our website. If you continue to use this site we will assume that you are happy with it.Ok