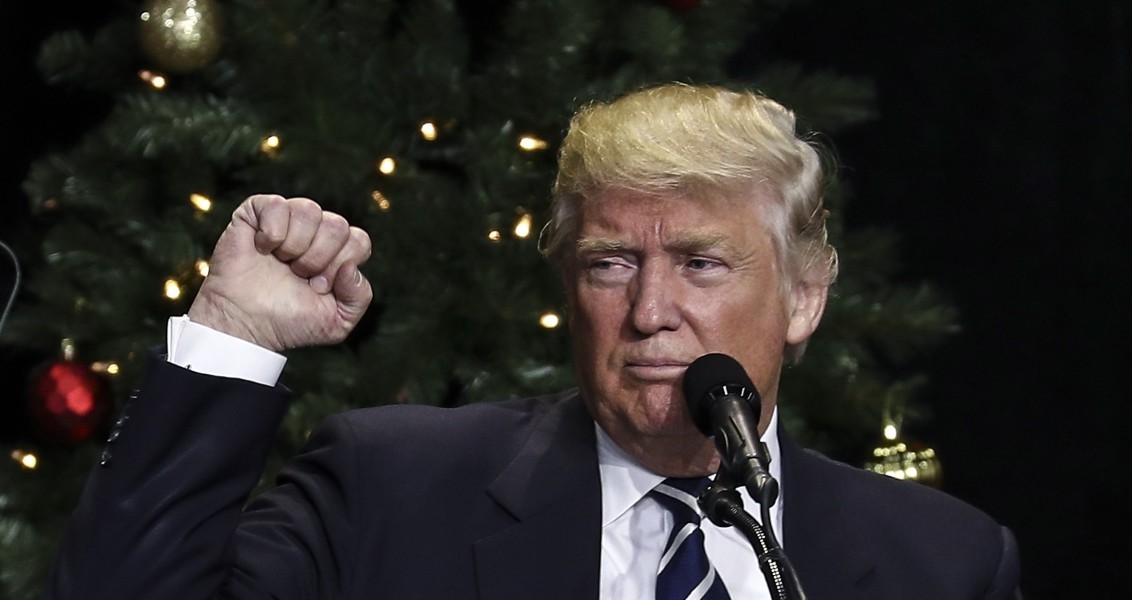 The US’s Grand Strategy in the New Period

Trump will not simply bring forward the pragmatic framework of the U.S.'s grand strategy which was suppressed during the Obama period, but attempt to fully renew the ideological framework as well

There are three weeks left until Donald Trump’s inauguration. As Jan. 20 approaches, the voices of “concerned Americans” start to get louder. Those who are against Trump prefer to regard him not as a “political competitor” to whom they have lost but rather as a “political aberrance.” However, it would be incorrect to explain Trump’s presidency based on Trump’s personality or his political biography. The main socio-political dynamic that got Trump the presidency is the general acceptance that the liberal globalization doctrine has found at its end in American society.

Before the start of Trump’s presidency, one of the most frequently asked questions in Washington is what the U.S.’s new grand strategy should be. No matter how much Trump promises that the U.S. won’t be involved in the domestic affairs of any country, and engenders the idea that he will be conducting economic policies with a protectionist perspective, there are still expectations that the U.S. will take steps it did not during the Obama period in terms of its “global leadership.” This may become the most important discrepancy in Trump’s America in the new period. On one hand, there will be greater focus on American society’s issues which appear to have been left on the backburner for some time and expansionary policies will be left behind. On the other hand, there will be efforts in order to regain the areas that have been lost to China, Russia and Iran. Trump contended that both of these policies can be carried out at the same time during his campaign. Essentially, Trump will attempt to continue both the isolationist and expansionist lines of the U.S.’s foreign policy. However, this won’t be quite so easy.Trump thinks that he can bring both the U.S.’s competitors and its allies to where he wants through the “carrot-and-stick” method. For this, he proposes keeping open the channels for direct negotiation and bargaining while at the same time increasing the U.S.’s military capacity and thus upping its deterrent potential.

In terms of the Trump administration, the primary countries on which there will be policy changes will be China, Russia and Iran.

Despite the U.S.’s best efforts in the latest period, China continues its rise. China’s hegemony in Asia has taken on a state of inarguable fact.

Russia clearly defeated the U.S. and the EU in Georgia, Ukraine and Syria. It displayed NATO’s irremediableness very obviously.

Iran increased its influence in the Middle East in a manner incomparable to how it was in the past, and also embraced expansionist policies militarily. Alongside this, it successfully continued working on its nuclear program. The nuclear negotiations the Obama administration engaged in with Iran made Iran a legitimate member of the international system, and U.S. policy post-1979 embarked on a radical change in attitude. Moreover Iran, while diversifying its financial resources, also began to develop major commercial relations with European and American companies.

Trump, despite his emphasis on the “carrot-and-stick” method, believes that if he does not divert China, Russia and Iran from where they are headed, the U.S.’s global hegemony will end. For this reason, he will follow a grand strategy aimed at restricting the areas of influence of these three countries. How will he do so? At this point, the actor whom he is most clearly against is Iran. Iran is the only country Trump has qualified as an “enemy country” and Trump speaks of taking every precaution possible against Iran. We will see how this will reflect in practice.

In Trump’s approach to Russia, there are two things which draw attention. The first is the impression he has created of directly negotiating with Russian President Vladimir Putin in order to solve problems. The second is his calling on European states to fight against Russia.

Trump’s most difficult foe will undoubtedly be China. China will use its economic sources to increase its military capacity. And this will be a serious challenge for Trump’s America.

On top of all this, another factor which Trump’s new grand strategy also needs to consider is the possibility that the interactions and positive collaborations among these three countries will continue. At this point, the U.S. will have to apply to different ways and methods of calling on its “traditional allies.” In this context, the type of strategy that Trump will attempt to follow is one of great curiosity.

A Healthy Balance between Russia and the United States
Previous

Turkey Puts Diplomacy, Military to Work in Syria
Next
Loading...
Loading...
We use cookies to ensure that we give you the best experience on our website. If you continue to use this site we will assume that you are happy with it.Ok