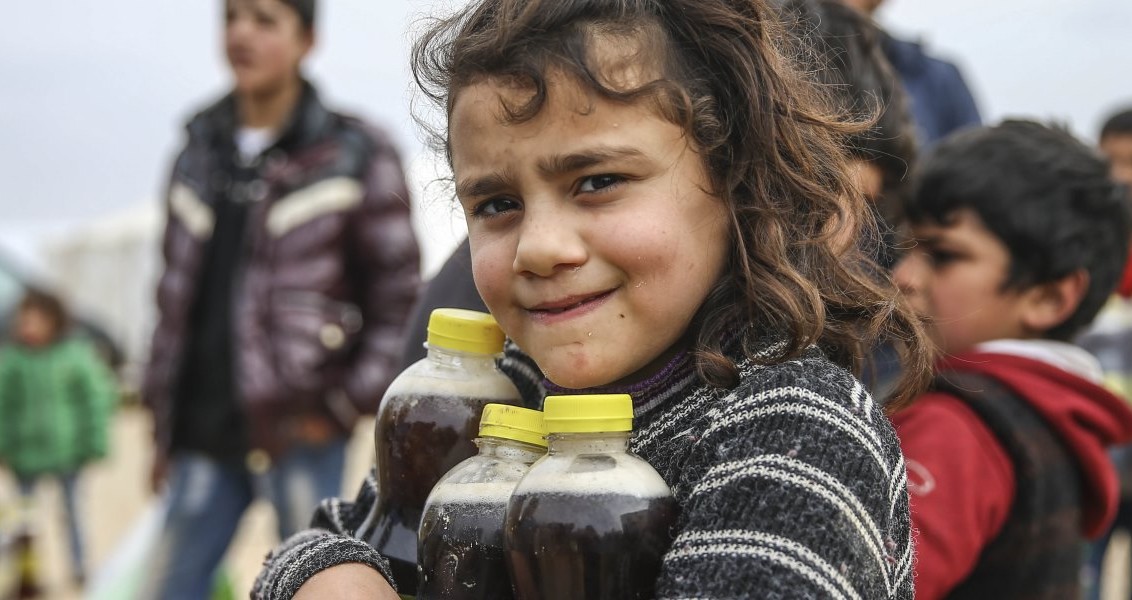 Western actors especially should consider revising their positions on Syria and the refugee crisis before exerting pressure on Ankara, which has already taken in 2.7 million refugees and spent $9 billion for their care.

In recent years Syria has become the microcosm of global struggles among major powers and an expression of Middle Eastern politics. The war in Syria, which initially escalated between the forces of President Bashar Assad and opposition groups, saw the entry of non-state actors to the scene such as DAESH, al-Nusra Front, Hezbollah and the Democratic Union Party (PYD) and its armed People’s Protection Units (YPG) while the United States along with the international coalition against DAESH, Iran and Russia emerged as sovereign actors. The entry of every new actor to the theater of war directly or through a proxy further complicated the quagmire and eventually led to the failure of three rounds of international negotiations in Geneva.

As a major regional power, NATO member and neighbor of Syria, Turkey made enormous efforts to stop the escalation of war, reduce civilian casualties and ameliorate the humanitarian calamity of refugees. But as things stand, global powers seem to be trying to force Ankara into a corner so that it will have to shoulder the socio-economic and humanitarian cost of the Syrian war almost singlehandedly. The U.S. administration follows a strategy of leading from behind, reminiscent of British strategies in the 19th century, and avoids taking responsibility for decisive military or political action to stop the war. Despite using the İncirlik Air Base in Turkey for anti-DAESH operations, Washington follows strategic priorities in Syria that are completely contradictory with those of Ankara. As such, it tries to use the Kurdish PYD’s YPG as its ground troops in the war against DAESH without taking into consideration that the same forces support the PKK, which commits terrorist atrocities costing the lives of hundreds in Turkey.

Russia, on the other hand, having realized the U.S.’s indecisiveness, is providing full air support to Syrian regime forces and oppressing the movements affiliated with the moderate opposition. Interestingly, both Washington and Moscow are keen to use the PYD and YPG as their principal military allies on the ground, and there are rumors of a secret deal to that effect. Russian airstrikes mainly target civilian areas and the moderate opposition in order to pave the way for the advancement of Assad’s forces, the YPG and Shiite militias supported by Iran. The recent bombings around Aleppo in particular were conducted to cut the support and logistics lines to Turkey and might trigger another wave of refugees that could be in the millions.

When it comes to the EU, there is a reluctance to get involved in the sophisticated conflict scenarios in Syria, especially in view of Russian President Vladimir Putin’s commitment on the ground. Yet the rise of the migrant crisis as a burning issue in European politics forced national leaders and the EU elite to look for new strategies and offer incentives to Ankara to contain the issue. Frequent visits by German Chancellor Angela Merkel to Turkey are reflective of this urgency from Germany, and the leaked minutes of a meeting between President Recep Tayyip Erdoğan, European Commission President Jean-Claude Juncker and European Council President Donald Tusk during the last G20 summit provided a fair image of the kind of pressure placed on Turkey to shoulder the socio-economic burden of the war.

Western actors especially should consider revising their positions on Syria and the refugee crisis before exerting pressure on Ankara to accept a maximum number of refugees and prevent their transfer to Europe, practically turning the country into a huge refugee camp. As things stand, Turkey is has around 3 million Syrian refugees and has spent around $10 billion dollars to meet their needs. Large waves of refugees created serious security, urbanization and social integration problems across Turkey, and the country might be coming closer to the limit of its absorption capacity. The 3 billion euro refugee support fund offered to Ankara by the EU in return for the implementation of the Readmission Agreement is both materially insufficient and conditional upon certain social projects. Having NATO patrols on the Aegean Sea is also a palliative measure that will not solve the problem at its source. At least Merkel seems to have understood that Erdoğan is not bluffing, and if pressed further, Turkey could open its Western borders to refugees, which would exacerbate Europe’s migrant nightmare. But the Western world needs political leadership and honesty against Russian aggression in Syria to focus on long-term solutions such as a “safe zone” in Syria that could alleviate the humanitarian challenges for good.

What Will Turkey's Syria Strategy Be?
Previous