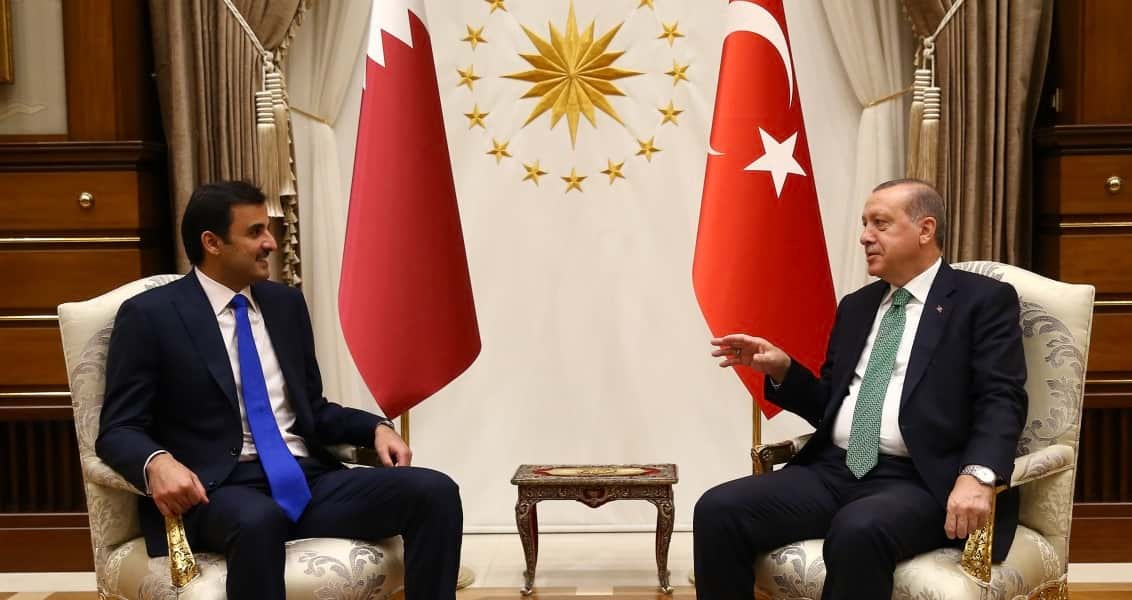 The Significance of Recent Negotiations for the Gulf Crisis

No doubt, the Gulf Crisis has already shaken delicate balances and left the Gulf vulnerable to various provocations from outside as well

Last week, Ankara had important visitors from the Gulf region. First, the prime minister of Kuwait and then the emir of Qatar visited the Turkish capital and discussed issues pertaining to the most recent crisis in the Gulf region. Although not much has been leaked to the press from these meetings, it is obvious that despite the failure of phone diplomacy facilitated by U.S. President Donald Trump between the crown prince of Saudi Arabia and the emir of Qatar, there is a continuation of efforts from countries like Kuwait and Turkey, which have been trying to resolve the crisis.

Of course, the success of the efforts of these countries depends on the goodwill and commitment of countries in the region as well. Fueling anger and mobilizing societies against one another in an already tumultuous region, if not contained on time, may bring long-term challenges for these societies. The situation has already destabilized the region and impacted the economies of the countries. Although the coalition seems to understand the situation they got into with their abrupt decisions, the Qatari government also started to suffer from the economic challenges of the decision. In the more medium and long-term, the crisis will not only impact the regional integration process, which has been considered very important for countries to balance regional rivals and provide security.

No doubt, the crisis has already shaken delicate balances and left the Gulf vulnerable to various provocations from outside as well. Especially considering that the last batch of the crisis in the Gulf was triggered following a controversial, strange incident of an alleged quote by the emir of Qatar to a news agency, any form of destabilization seems quite likely in the region. Of course, it was only the triggering factor, but the emergence of such a crisis following a news agency report demonstrated the level of trust between these countries and the possible spillover of such crises in the future.

Although the primary responsibility for the problem that emerged between these countries should belong to the states that failed to generate strong regional institutions and forums for the resolution of disputes via dialogue, in this particular crisis, it is important to see the confusion caused by mixed messages from the U.S. administration that played a significant role in the actions of these states. Not only the president’s trip to Saudi Arabia, his statements and tweets also might have significantly emboldened the coalition at the beginning of the crises.

It is true that misperceptions are considered as inevitable and unavoidable parts of international disputes around the world today. However, the absences of a clear message at the beginning the crisis did not help de-escalate the crisis. At this critical juncture when countries like Kuwait and Turkey try to help resolve the crises, both parties in the dispute and the major outside actors, such as the United States, need to think about how they can better communicate messages and grievances in regards to particular issue areas and how much more creative they should get when resolving disputes before adopting dramatic measures such as embargoes in the 21st century.

Astana Summit Places Science and Technology at Forefront
Next
Loading...
Loading...
We use cookies to ensure that we give you the best experience on our website. If you continue to use this site we will assume that you are happy with it.Ok