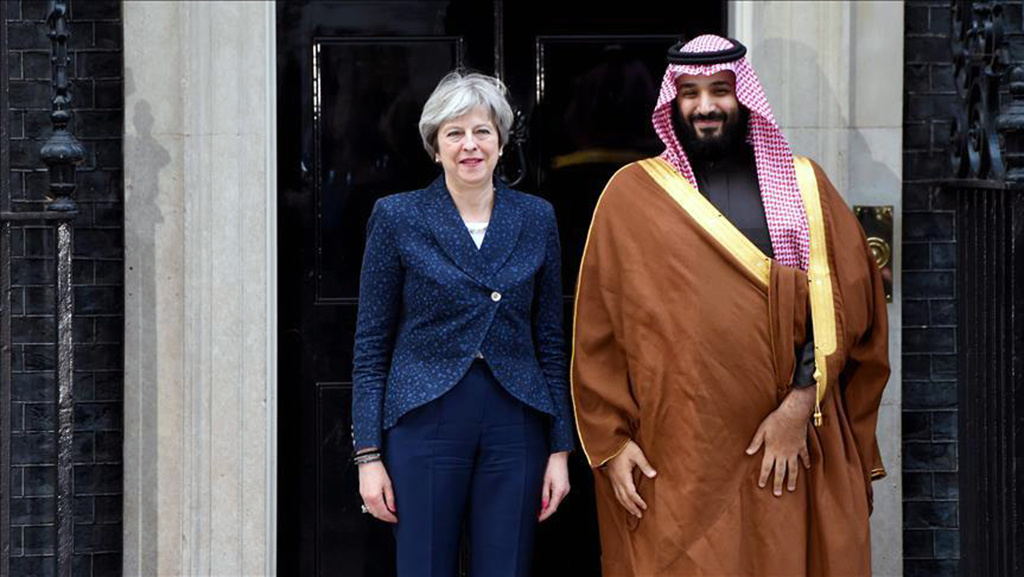 As soon as Salman bin Abdulaziz became the king of Saudi Arabia, he started laying the groundwork for the reign of his son, Crown Prince Mohammed bin Salman.

As soon as Salman bin Abdulaziz became the king of Saudi Arabia, he started laying the groundwork for the reign of his son, Crown Prince Mohammed bin Salman. As a first step, Salman appointed Mohammed as deputy crown prince and defense minister. Shortly afterwards, Salman declared him crown prince in June 2017. Upon his appointment as crown prince, or the de facto ruler of the country, Mohammed began to fortify his leadership.

First, he consolidated his leadership in the domestic setting. For this purpose, he eliminated all potential alternatives and challenges from the royal family, bureaucracy and religious cadres. He subdued his powerful cousins by taking them into custody and threatening them with long-term imprisonment. Then, he sidelined both the dissident religious movement and pro-regime religious actors. He imprisoned dissident figures such as Salman al-Awdah, but also impoverished pro-state religious actors. He clearly challenged the established religious orthodoxy. This process will end with a dramatic breach of Saudi tradition and, probably soon, Mohammed will replace the Abdulaziz royal family with the bin Salmans.

Second, the crown prince is attempting to consolidate his leadership by trying to convince global powers of his positions. In order to get conformation from the effective powers, he decided to visit the three of the most influential countries that which have access to Middle Eastern politics. After receiving support in the regional context from Israel, Egypt and the United Arab Emirates (UAE), he had to convince global actors, namely the United Kingdom, United States and France. As such, he decided to make his first foreign trip to these three countries. However, these visits were extraordinary due to their length and interlocutors.

He first visited the U.K., the original protector of the Saudi regime. While there, he met with the highest representatives in the British government. Britain tried to consolidate its exports to Saudi Arabia, which increased more than 40 percent in the past decade, to ensure that Saudis trade a 5 percent share of the oil giant, Aramco, on the London Stock Exchange, and to share intelligence regarding terrorist activities in the Middle East. In return, the Saudi leadership wants the U.K. to contribute to the consolidation of the regime’s security, recognize the restructuring of the state and support their regional projections.

Next, Crown Prince Mohammed began his three-week visit to the U.S., the main protector of Saudi royalty since the end of World War II. The new Saudi leadership has been trying to institutionalize its relations with the U.S., especially with the family of U.S. President Donald Trump. During the visit, Trump asked for three things from Mohammed. The first demand was to sell weapons to Riyadh, as the U.S. is the biggest seller of weapons and the Saudis have been the biggest buyer for the past 30 years. Saudis will continue to invest more in defense. Second, Trump asked the crown prince to trade a 5 percent share of Aramco on New York Stock Exchange. Third, Trump tried to persuade him to build nuclear power plants in order to balance the power of a potential nuclear Iran.Mohammed met with the political leadership in Washington and also visited several symbolically significant cities to meet with the representatives of different economic sectors. He met with leading companies in the film and entertainment industry in Los Angeles, with representatives of some high-tech companies in Silicon Valley and San Francisco in an attempt to persuade them to invest in the his country. Moreover, he attempted to improve bilateral cooperation with oil companies based in Texas. He tried to persuade financial companies to support the Saudis’ Vision 2030, the crown prince’s developmental project.

Lastly, he began his visit in France, a traditional colonial power with history in the Middle East. Considering the huge amount of petrodollars, France also wants its share of the Saudi market. At least, the French government will undertake some contracts from Riyadh and will invest more in the Saudi market.

In conclusion, the crown prince visited the three biggest potential supporters of his new regime. While he alienates most regional countries and a large segment of society, he tries to win the support of these three countries for the reconstruction and legitimization of a new regime in Saudi Arabia. All three countries have great expectations from a regime under his rule and therefore, they will support his regime for different purposes. He poured out billions of dollars to buy influence from different Western countries. However, it will take time to understand whether these newly established relations are sustainable or not.

Kosovo is only a beginning
Next
Loading...
Loading...
We use cookies to ensure that we give you the best experience on our website. If you continue to use this site we will assume that you are happy with it.Ok