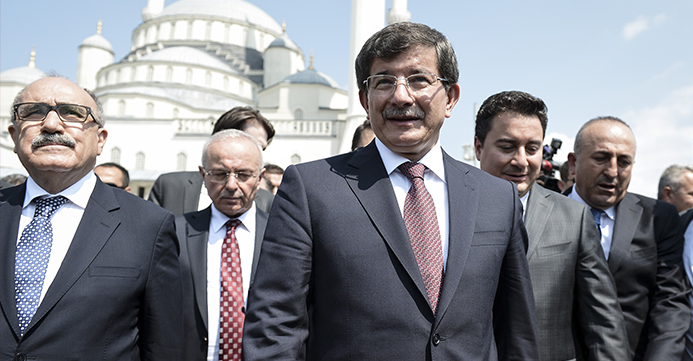 The Question of Muslim Nationalism

Does the civilization discourse of the AK Party, which ended the exclusion of religious Muslims and the Kurds from the public sphere, produce a form of, albeit more inclusive, nationalism?

Nowadays, the national conversation on Turkish politics concentrates on the country’s political vision, as members of the ruling party and the opposition alike remain fixated on Turkey’s future direction. In the presidential election’s immediate aftermath, progress, construction and restoration have emerged as the main themes of Prime Minister Ahmet Davutoğlu’s recently-formed government. In an attempt to prevent reversals of Turkey’s accomplishments over the past decade, the AK Party introduced the “new Turkey agenda” that seeks to construct a novel political discourse and practices, and channel the power of electoral success into making its mark on the current decade.

The new Turkey agenda, however, has as many staunch opponents as passionate supporters – which is why public debate over the next months will focus on the country’s future direction under the AK Party. Although the vast majority acknowledges that a new era has begun in the Republic’s history, multiple approaches are competing over what this transformation specifically entails. Personally, I find the claim that the AK Party engages in so-called Muslim nationalism to establish “a religious Republic” most important.

The question is: Does the civilization discourse of the AK Party, which ended the exclusion of religious Muslims and the Kurds from the public sphere, produce a form of, albeit more inclusive, nationalism? After all, there is no disputing that all types of nationalism invariably evolve into an effort to homogenize society. Turkey’s civilization discourse, which responds to identity-related challenges, in turn, seeks to address three distinct issues: The Kemalist guardianship regime’s exclusionary policies, a romantic imagination of Islamist history, and the regional order’s artificial nature.

When the Kemalist Republic’s efforts to forge the new citizen and a new society failed in the 1990s, the AK Party had to shoulder the burden of putting the country back on track. A political party that showed the courage to face its own ideological past, the AK Party remains preoccupied with the challenges of an unstable region that embodies the legacy of World War I – a range of foreign policy issues including the Syrian Civil War and the Islamic State of Iraq and al-Sham (ISIS) are directly related to this heritage.

Could the AK Party, overwhelmed with these challenges and identifying its efforts as part of the new Turkey agenda, engage in Muslim nationalism? Absolutely. Enjoying support from half the electorate, the party could facilitate such a project through the symbolic power and unifying influence of Islam, and proceed to develop homogenizing policies that its strategy would certainly entail. Under the leadership of President Recep Tayyip Erdoğan, a master politician, the movement could overcome all opposition to its plans.

The civilization perspective, however, would be severely impoverished if the AK Party were to become a rigid and identity-based movement. The search for a rigid identity, however inclusive, would give rise to a homogenizing mindset – which would mean new challenges for Turkey and the ruling party: First and foremost, such an approach could possibly undermine the dynamism and hybridization of Turkish society that its socio-economic diversity generates. Plans to create a “Muslim nation” would, obviously, create backlash from the left and secular-minded Kurds. The Alevi community, too, would be inclined to identify such steps as part of an emerging Sunni hegemony. The vulnerability of the Middle East to foreign interventions, moreover, could further aggravate the aforementioned problems.

Most important, however, is that rigid identity politics would put strains on the AK Party’s self-proclaimed objective of re-forming the Republic. Resorting to such plans, the party would win a short-lived battle but inevitably fail to put a lasting state of affairs in place. In this sense, the idea of a Muslim nation could merely account for one among multiple layers of the AK Party’s c