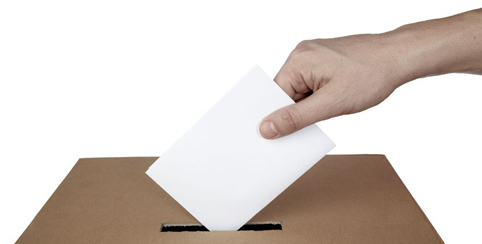 The Political Implications of the June 2011 Elections

Turkey held general elections on 12 June 2011. According to the elections results, the AK Party won 50% of the vote which is a landslide victory and is going to build the government for the third time. The “new CHP” with new leading cadre increased its votes by winning 26% of the vote which is the best election result since 1980 coup. MHP passed the 10% election threshold by winning 13% of the vote despite the shadows of the secret tapes scandals. The pro-Kurdish political party BDP which entered the elections through independent candidates also won a landslide victory by taking 35 seats in the government for the first time.

The victories of these political parties will shape their political statements and policies in the new political period. Their positions on significant issues like new constitution and Kurdish issue will be determinant in consolidation of democracy in Turkey. Hence the political implications of the elections both on political parties and on the future of Turkey are important to discuss.

The event will be held at the SETA Foundation on Wednesday, June 15, 2011. Sabanci University Professor Ali Carkoglu, Radikal Newspaper columnist Cengiz Candar and Sabah Newspaper columnist Yavuz Baydar will discuss the election results in the light of these questions.

Ali Carkoglu He received his B.A. and M.A. degree from the Economy department of Boğaziçi University. He received his Ph. D. from the State University of New York-Binghamton in 1994 with the thesis titled “Economy and Elections: A Comparative Analysis of Politico-Economic Interaction in Western Democracies.” His areas of research interest are Comparative Politics, Political Economy, Public Opinion, Electoral Behavior, Political Parties, Research Methodology and Statistics. He worked as a professor at Boğaziçi University and conducted researches at TESEV. He is currently a professor of political science at the Faculty of Arts and Social Sciences at Sabancı University.

Cengiz Candar He graduated from Ankara University with a B.A. degree in political science and international relations in 1970. He began his career as a political analyst in the newspaper Vatan in1976. He also worked for Turkish News Agency, Cumhuriyet, Hürriyet, Güneş, Sabah ve Yeni Şafak and Referans. He is a columnist for the Turkish daily Radikal since 1 September 2008. He spent the first half of 1980s in Lebanon and Iran and other areas in the Middle East. In the second half of 1980s he went to Eastern Europe and former Soviet Union. He was an advisor to the late President Turgut Özal from 1991 to 1993. His interest was drawn to the events during the ethnic unrest in the Balkans between 1993 and 1995. He was a lecturer on Middle Eastern history and politics at Bilgi University in Istanbul from 1997 to 1999. He worked in leading research institutions in Washington, USA from 1999 to 2000. He is the author of various books including The Palestine that Resists (1976), Iran: From Yesterday to Tomorrow (1981), The Middle East Impassé (1983), Rendezvous with History (1983), The Seven Colors of the Sun (1987) and My Cities (1999)

Yavuz Baydar He graduated from Cybernetics and Informatics department of Inf

The Political Agenda of the June 2011 Elections
Previous
MIDDLE EAST AND SECURITY-II
Next
Loading...
Loading...
We use cookies to ensure that we give you the best experience on our website. If you continue to use this site we will assume that you are happy with it.Ok