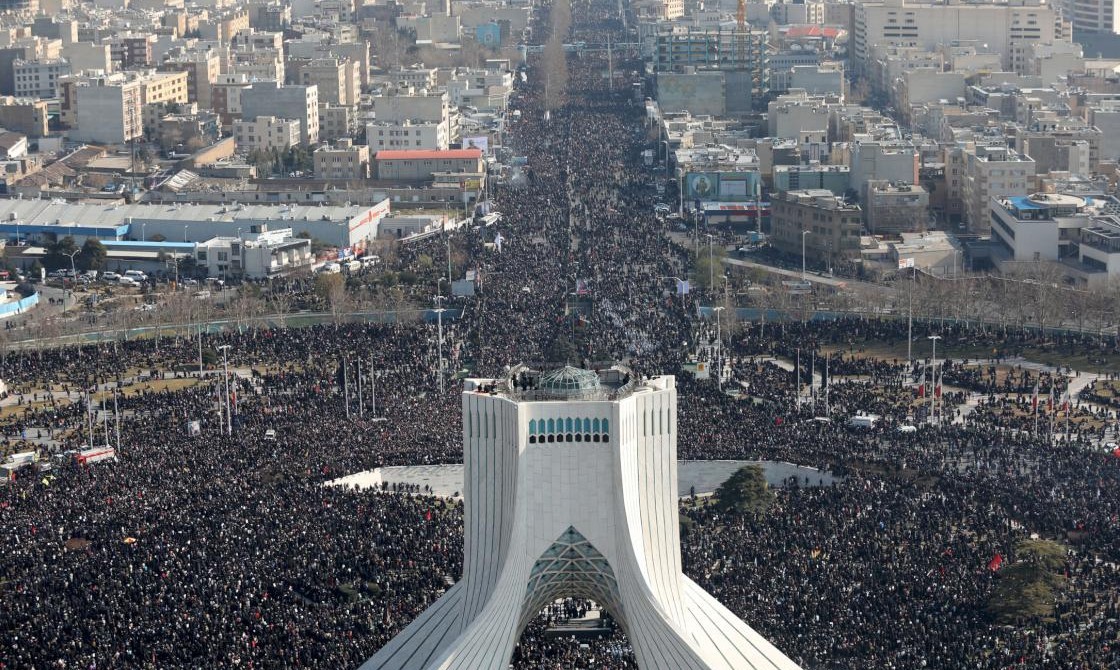 The new reality in the Middle East

Some people believe that Tehran's response to the Qassem Soleimani assassination resulted in an easing of tensions between the United States and Iran. They argue that the Iranians, intimidated, landed on a symbolic act of retaliation – which they proceeded to portray as vengeance on the home front.

Some people believe that Tehran’s response to the Qassem Soleimani assassination resulted in an easing of tensions between the United States and Iran. They argue that the Iranians, intimidated, landed on a symbolic act of retaliation – which they proceeded to portray as vengeance on the home front.

A minimal military response would indeed demonstrate Tehran’s reluctance to launch a comprehensive offensive against the United States. Yet tensions between the two countries also reached new heights, attaining some level of permanence. At the end of the day, Iran did notify Iraq – and, by extension, the Americans – before attacking a U.S. military base in Baghdad because it did not intend to kill Americans. That the Iranian Revolutionary Guard Corps would retaliate against U.S. airstrikes, however, suggests that there will be room for unexpected twists and turns down the road. Despite mutual threats, Iran believes to have avenged Soleimani’s death and has encouraged its proxies to refrain from attacks against the United States to mitigate the risk of all-out war.

To some degree, U.S. President Donald Trump influenced that decision by threatening to strike 52 targets, including cultural and religious sites, and reminding Tehran of the importance of pragmatism. To be clear, what Washington described as cultural sites could be secret military facilities where the Iranians conduct nuclear or ballistic research. At the end of the day, Soleimani himself matters less to Tehran than the survival of its vast network of Shiite militias everywhere between Pakistan and Lebanon. It makes more sense for Iran to adopt that strategic capability, which it developed over 40 years, to the new reality than risk its destruction in American hands. The Soleimani assassination demonstrated that the Iranian-backed militias need a new kind of organization and modus operandi. Therefore, Tehran signaled its reluctance to risk U.S. strikes against its proxies and military or nuclear strategic capabilities. Trump, however, finds unacceptable Iran’s decision to resume its nuclear program and seeks to get NATO involved in the crisis – which could fuel additional tensions going forward.

There are two competing policies at work in the region. Washington will double down on its “maximum pressure” campaign by slapping on additional economic sanctions and mounting pressure on Iran’s nuclear program. The Americans could rely more heavily on diplomacy to bolster their relations with governments around the world to twist Tehran’s arm. There is no doubt that the Trump administration would strike Iranian nuclear facilities when it becomes clear that diplomatic pressure on Iran won’t lead to a new nuclear deal. For the U.S. president, this is only a matter of time. The question is whether he will attack Iran before or after the 2020 U.S. presidential election.

Tehran, in turn, will stall for time to see if Trump will see re-election. In the interim, the Iranians will prepare their proxies for a new wave of covert attacks. In response to the Soleimani assassination, Iran’s top officials stressed the importance of forcing the United States out of the Middle East. Their statements amounted to an official designation of Tehran’s U.S. policy. Going forward, the Iranians will do everything in their power to facilitate a U.S. withdrawal from Iraq and elsewhere. The Iraqi parliament’s recent move to kick the Americans out of their country supports that view. Although the Pentagon’s draft letter confirming its withdrawal has leaked, there is no reason to believe that Washington will simply leave Iraq. U.S. strikes against Iran’s nuclear facilities, in turn, would be a violation of Tehran’s red line, provided that Iran sees no way out of the post-Soleimani situation except building nuclear bombs. That’s what I would call a region-wide storm.

With Soleimani dead and Iran vowing revenge, what's next?
Previous