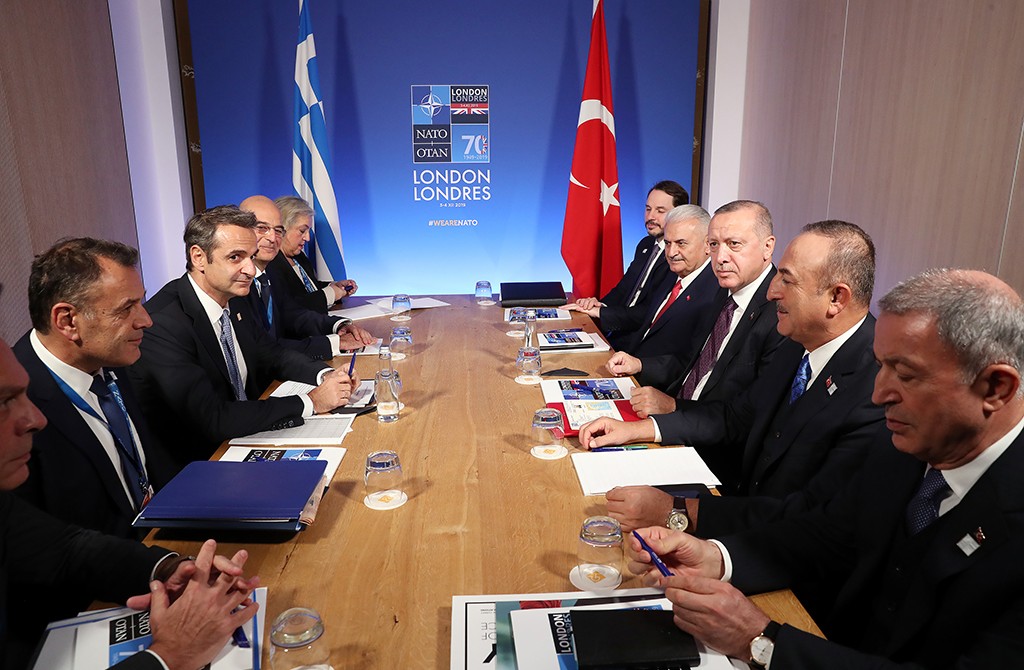 The new dynamics of Turkey-West relations

The traditional notion of the 'Western alliance' is no longer relevant for Ankara, which has instead adopted a more effective approach dominated by its own diplomatic agenda

The recent NATO leaders’ summit in London generated renewed interest in Turkey’s relations with the West. With the allies stressing that the organization needs Turkey, it became clear that the chatter about the Turks’ removal or departure from the alliance was entirely unrealistic.

Critics, who see the Turkish agreement to back the Baltic defense plan as a concession, question what Ankara received in return. Speaking in Rome last week, Foreign Minister Mevlüt Çavuşoğlu rejected this approach and reiterated that the Baltic plan cannot be implemented until NATO allies designate PKK-affiliated People’s Protection Units (YPG) as a terrorist entity. In other words, the Turks merely greenlit the proceedings – not the plan’s implementation. Turkey won’t backtrack on the YPG question and insists on a 2016 plan, which sees the group as a terrorist organization.

The debate on NATO’s future, like Turkey’s efforts to convince the organization to protect Turkish security interests, is set to continue – at least until NATO moves to update its strategic assessment for the first time since 2010. In the meantime, we must accept that Turkey’s relations with leading Western countries will be full of ups and downs. During this period, Ankara’s cooperation with Moscow, coupled with Turkey’s policy on Syria and the Eastern Mediterranean, will be the subject of heated debate.

The question is why President Recep Tayyip Erdoğan looked so comfortable in London. Against the backdrop of the French president’s comments about NATO’s “brain death,” the Turkish veto on the Baltic plan, mounting criticism against Operation Peace Spring, Turkey’s latest deal with Libya and discord over the YPG militants, Erdoğan did not experience tensions with Western leaders, as some observers expected.

The Turkish leader is known to have a strong connection with Trump and German Chancellor Angela Merkel. His war of words with French President Emmanuel Macron could have escalated but keeping the French president under control is no serious problem for Erdoğan, who has negotiated with a vast array of past foreign leaders, including French President Jacques Chirac, German Chancellor Gerhard Schröder, U.S. President George W. Bush and U.S. President Barack Obama, as well as current leaders like Russian President Vladimir Putin. The Turkish president has been around long enough to know that his counterparts make certain statements merely to appease domestic audiences.

In his meeting with journalists covering his trip, too, Erdoğan was in a particularly good mood – mainly thanks to the comfort of having conveyed Turkey’s messages to his counterparts. It’s not just that Erdoğan knows the ins and outs of leader-to-leader diplomacy. He also understands that the world has entered a period of great power competition. With the liberal world order in decline, bilateral relations, together with alliances, have undergone certain changes. This “update” entails tensions and new cooperations alike.

The Turkish president understands that the traditional notion of “the Western alliance” is no longer valid. In addition to the balance of power between NATO and Russia, Turkey continues to closely monitors disagreements between the U.S. and France as well as France and Germany. Erdoğan knows that the uncertainty that Brexit entails and Russia’s growing influence will strengthen Turkey’s hand in diplomatic negotiations with European leaders. He sees that national leaders, who consolidate their domestic base, are best equipped to seize the opportunities that arise in an increasingly chaotic world. Hence, Erdoğan’s refusal to avoid tensions or wars of words.

In recent years, the Turkish leader has involved himself in international developments to the advantage of Turkey’s national interests. He does not refrain from criticizing Western leaders publicly. When Macron recently said that he shared Greece’s concerns about the Turkey-Libya deal, urging Turkey to respect the sovereignty of fellow NATO allies, Erdoğan thus had no problem responding as follows: “Why are you fixated on this issue? Do you have a right to defend here? Turkey, Greece and the U.K. are the guarantors [of Cyprus]. Why are you involving yourself in this matter?”

To be clear, Erdoğan’s criticism of the EU and the U.S. is not incompatible with his efforts to align Turkish and Western interests. If anything, he uses that criticism to promote cooperation. Those who criticize Erdoğan’s foreign policy, citing the state of Turkey’s relations with the West, must realize that the rules of the old liberal order no longer apply – there are new dynamics at play.

People who think Turkey’s international standing can be improved by going back to 2011 or 2012 and reviving the romantic notion of “the Turkish model,” fail to grasp the full extent of the challenges Turkey has encountered since 2013.

Did Turkey get what it wanted at the London summit?
Previous