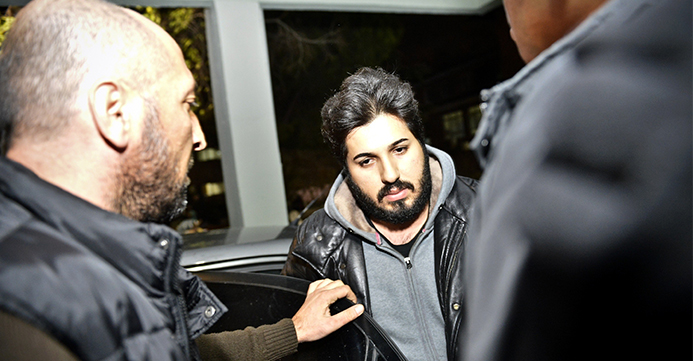 If Turkey witnesses that its politics has been saliently and overtly designed through this operation, what will be the fate of the country in the face of a new tutelary regime?

On the contrary, the perception generated by this new operation that aims to design politics by creating a terrorizing atmosphere, has painted more of a chaotic picture than a cleansing job. But why?

How come a corruption investigation creates anxiety and an atmosphere of mystery for an overwhelming majority of the society rather than a feeling of transparency and relief? Why would many people take risk and say about a gross misconduct like corruption that this is beyond an operation on corruption?

Why do almost all national and international media –except a few media organs that serve as mouthpieces of the planners of the investigation- question the investigation in different ways? If we analyze the December 17 probe only by wandering in the hallways of the courthouse, the only destination we will end up with will be nothing but consignment of politics, life and the truth to the “perspective of a gate-guard.” In Turkey, where three elections will be held in the next 18 months and where the most critical government seats may change, one should understand that the corruption case occupies a tiny part – in terms of magnitude and crime – of this operation. A serious offense like corruption does not mean anything but, figuratively speaking, a silencer for the weapon fired at politics. The air of terror caused by an immoral act corruption) can only silence those who commit the act.

Therefore, the legitimacy of the tool used for a blatant political engineering attempt does not eliminate the intervention that has been attempted in the glare of publicity. Besides, the mission is completed from the angle of the actors of this investigation. The task of the actors involved in this operation, which has been clearly concealed from the civil administration and the Government, ended on the day of December 17, 2013 according to the plotted flow chart. They themselves knew this very well.

Now some other actors ought to take over the discussion from thereon. At this point, however, a very existentialist issue comes out in a tone that it even goes beyond the Government: If Turkey witnesses that its politics has been saliently and overtly designed through this operation, what will be the fate of the country in the face of a new tutelary regime? This is the existential question we must face. After this phase, a critical tension in Turkey will surface between those who have an urge to answer this question and those who do not.

The emerging fault-line will be the epicenter of the discussion about the fate of the country in 2014 and afterwards. Yet, we will see that each and every one of those who (concentrate only on the criminal corruption), remain in the hallways of the Judiciary and the Security Department and insist on us to concentrate on the silencer will turn into tin soldiers of the new tutelary attempt. The December 17 probe came to an end on the same day in terms of criminal and judicial context. The evil-doer, if any, will pay the penalty. The People will assess the political cost of this crime in accordance with its own foresight. The issue is the emerging tutelary attempt.

Currently, this emerging fault-line is being voiced at the highest level that the magnitude of the “corruption” committed by the unregistered/underground neo-tutelage center, which cannot be hidden, and no longer even feels the need to hide, is incomparable to that of the possible “unearthed corruption” by the December 17 probe. At this point, the investigation on the cheap criminal corruption launched by the “neo-tutelary corruption” is nothing but an attempt to camouflage itself in terms of both method and the chaos that they try to create. Otherwise, the timing, content and method of the investigation would have to be different. Instead of causing a stir and making attempts at politic

The Road to a Visa-free Europe
Next
Loading...
Loading...
We use cookies to ensure that we give you the best experience on our website. If you continue to use this site we will assume that you are happy with it.Ok