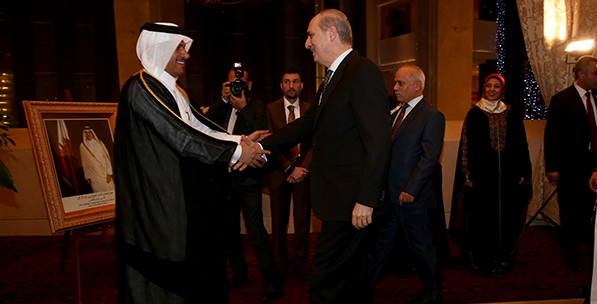 Although abounding in energy sources compared to other regions, the Middle East suffers from the increasing significance of the energy market in shaping the nations' foreign policy in the 21st century.

Historically, the Middle East is known as the “kingdom of political economy,” as power struggles and competition for resources are intertwined in the region in rather complex ways. The recent shifts in geopolitical alignments, through which power balances were redefined, also reflect the dominance of political economy, and in particular energy politics, in shaping the attitudes of main actors. As known, Iran was isolated from the global system for many years until Turkey and Brazil spearheaded the Tehran Agreement through which international sanctions began to be softened in return for controls on the nuclear program. Iran’s promise as a potential source of unexplored energy sources, attracted numerous Western companies to camp in Tehran for lucrative contracts as soon as the sanctions were lifted, while President Rouhani received a warm welcome in Western capitals as the “moderate figure” leading the normalization process. Meanwhile, Turkey was frequently accused for turning into an authoritarian path under President Recep Tayyip Erdoğan; for following a destabilizing foreign policy following the reversal of the Arab Spring; and providing material and financial support to DAESH. The turn of tone in Western media outlets over the course of the last two years was indicative of the perceptive uses and abuses of media power concerning Turkey’s international image. The government and the president in Ankara were swiftly pushed via a systematic media operation from their image of moderate, peaceful reformers focusing on economic development to autocrats and arch allies of DAESH in the region.

But then, critical moves of leading actors in the energy chessboard radically transformed the regional outlook. First, the entrance of Russia into the war theatre in Syria strengthened Iran’s vision of delivering petrol and natural gas resources into the Mediterranean by bypassing Turkey. Russian support for this vision was visible on the ground. Under the precept of fighting ISIS, Moscow entered into the war effort to open up an energy corridor from the north of Syria that will reach to the coast around Latakia, which in turn will be transformed into a processing hub with new refineries et cetera. The plan turned into a combined energy corridor, which goes from Russia to Iran, and then to Iraq and Syria before reaching the global markets via the Mediterranean. The influence of Tehran on the pro-Shiite Iraqi regime and the combined influence of Moscow and Tehran on the embattled Bashar Assad was the basis of this scenario. The Russo-Iranian alliance was after energy hegemony in the Eastern Mediterranean by combining their energy sources with sources from Northern and Central Iraq and the newly found maritime sources in the Eastern Mediterranean.

This development understandably changed the Western perceptions of the Syrian issue and Turkey’s theses began to be taken more seriously. Meanwhile, the explosion of the refugee crisis on the doorsteps of mainland Europe pushed the European Union into closer cooperation with Turkey and Ankara’s protracted accession negotiations with the EU were revitalized following a critical agreement on collaboration for the refugee issue. Finally, the downing of a Russian Su-24 fighter jet on the Turco-Syrian border by Turkish air forces and the disproportionate response of Vladimir Putin, which defied all diplomatic norms and codes of conduct, further galvanized Turkey’s realignment with Western powers via NATO security cooperation.

The national interests of Turkey increasingly overlapped with the interests of the U.S. and NATO in Syria and the region, which might help explain the rapprochement in recent months. The news in the media concerning secret talks between Israel and Turkey to normalize bilateral relations, which were interrupted following the traumatic attack by Israeli security forces to the Mavi Marmara vessel taking humanitarian assistance to Gaza in 2009, came in this conjuncture. Given the consolidation of the bloc among Russia, Iran, Iraq and Assad’s Syria around Turkey, it is only normal that Ankara would explore ways of normalizing its relations with other actors in the region as a counterweight. Despite the psychological barriers in Turkish public opinion against speedy normalization, the security and energy geopolitics of the Middle East makes such a rapprochement almost inevitable. Israel is keen to deliver the new natural gas resources found in the Eastern Mediterranean into the European markets with minimum cost and the most feasible pipeline routes pass from Turkey. It is no wonder that normalization calls from Tel Aviv sped up after the problems faced in selling natural gas to Egypt and regional neighbors. Energy geopolitics seem to dominate shifting alliances in the Middle East, yet again.

Asia-Pacific in 2016
Next
Loading...
Loading...
We use cookies to ensure that we give you the best experience on our website. If you continue to use this site we will assume that you are happy with it.Ok