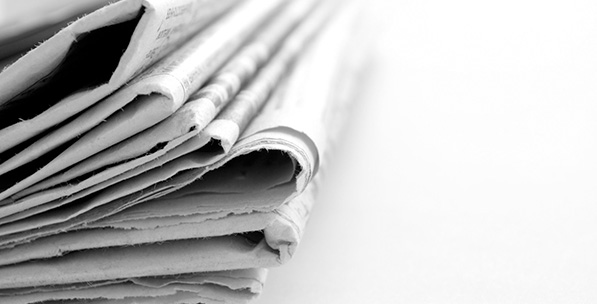 The Media in Turkey

The media sectors relationship with the government is not the only problem it faces today. The media establishment, media bosses and journalists are shaped by their ideological tendencies, as well as the governments positions.

First, the media sector… The media sector’s relationship with the government is not the only problem it faces today. The media establishment, media bosses and journalists are shaped by their ideological tendencies, as well as the governments’ positions. For years, the governments’ position was taken to be the only significant factor influencing the media. In fact, those who are chanting “freedom of press” today in the abstract are the very same people who represented the media during the Feb. 28, 1997, coup. The media was the main trigger in the unfolding of the Feb. 28 military coup, as the whole world watched. Hundreds of thousands of people were victimized and a legitimate government was ousted through the cooperation between the military and the media. The co-conspirators of that coup, today, continue to write their columns in daily newspapers as if nothing happened.

The advent of the AK Party presented a change in the history of government-media relations in Turkish political history, in that only one major media conglomerate in the mainstream media changed hands.

In other words, for the first time in years, the media monopoly experienced a rather weak transformation with the coming of a new party. The media, which was one of the most active accomplices in the Feb. 28 coup, launched a full-fledged war on the AK party. Prime Minister Recep Tayyip Erdoğan carried out a first in the history of Turkish politics. He confronted the Feb. 28 media directly. The media that ousted a government in collaboration with the military in 1997 did not expect resistance from a sitting head of state. They were surprised and retreated.

A new wave of opposition emerged with the Taksim events. The new media opposition found its inspiration in the Gezi Park. Media groups that appeared to have irreconcilable ideological, economic and political positions merged under this new wave of opposition. Their common ground was their animosity toward Erdoğan, albeit at different levels. No meaningful political or social message seems to come out of their merger. But how could it? Those who once supported the imprisonment of many journalists in the name of “Fight on Terror” are publishing freedom declarations for the very same journalists today. And no one seems to utter a sentence about why, how and by whom these journalists were imprisoned. They pretend to be the moralistic defenders of freedoms. This is a peculiar situation.

The majority of the top 15 national newspapers with the highest circulation in Turkey can be considered opposition media outlets. One of the top five newspapers in Turkey is printed 365 days only to freely insult Erdoğan and is ordered to pay damages for libel a few times each month. Only one of the top five newspapers in the country can be considered to be pro-government, and it has the lowest circulation rates of the five. There are about seven newspapers among the lower-circulation papers that are printed on the sole basis of harshly and freely critiquing the government. There is one simple fact. Governments in Turkish democracy come and go. However, the media establishment continues to be the least changing sector in Turkey, regardless of whom and what they support or oppose.

Quest for the "Reasonable" in Transition to High School
Previous

Muslim Democracy in Turkey: A Threat or An Opportunity?
Next
Loading...
Loading...
We use cookies to ensure that we give you the best experience on our website. If you continue to use this site we will assume that you are happy with it.Ok