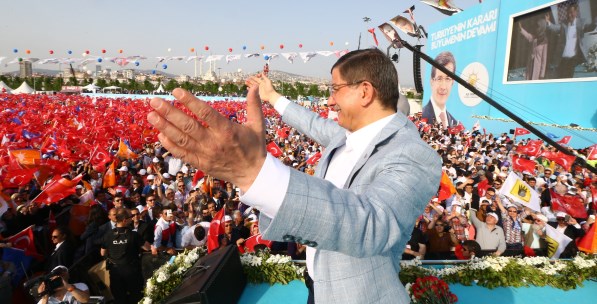 The Meaning of Discourse on the AK Party and Others

The integrative modernization understanding of the AK Party comprising different races, cultures and social structures, unlike the opposition parties, makes the party the main actor in Turkish politics.

The AK Party was established in a period of serious political congestion, economic crisis and serious tensions in foreign policy in Turkey. And before a year had passed from its establishment, it became the administration party. The 1990s are regarded as the time in Turkish history when the state was in a condition of hegemonic crisis and political identities could not openly be expressed. This period was truly a time when there was a serious contraction in society, high levels of polarization, rising incidents of terror and politics were under the supervision of military tutelage.

The AK Party changed the security-based perception of the state’s operation and aided in the normalization of Turkey’s politics in this sense. Alongside this, the AK Party’s existence in politics brought new areas of tension with it. The steps the AK Party took in redefining the state’s functions and the transformation of official Kemalist ideology were reflected as a regime crisis by its political opponents. This brought about the result that the AK Party was regarded not as a regular political party, but as an actor placing itself directly in opposition to the state. It was subjected to extreme attention and AK Party leader, former prime minister and current President, Recep Tayyip Erdoğan, was seen as an enemy of the regime in this period. Unfortunately, the AK Party was evaluated not as a rational political actor with its own interests, but rather as a political movement with apparent emotional reflexes.

ON THE ROAD TO THE NOV. 1 ELECTİONS

Since the date of its establishment, the AK Party has entered parliamentary elections in 2002, 2007, 2011 and lastly on June 7, 2015. With the exception of the 2002 election, in which it was able to form the government on its own, the AK Party has been subjected to harsh criticism from its political rivals and has been introduced as an anti-regime and illegitimate structure, despite being the biggest player o

The Clock and the US
Previous

Russia's Growing Involvement in the Middle East
Next
Loading...
Loading...
We use cookies to ensure that we give you the best experience on our website. If you continue to use this site we will assume that you are happy with it.Ok