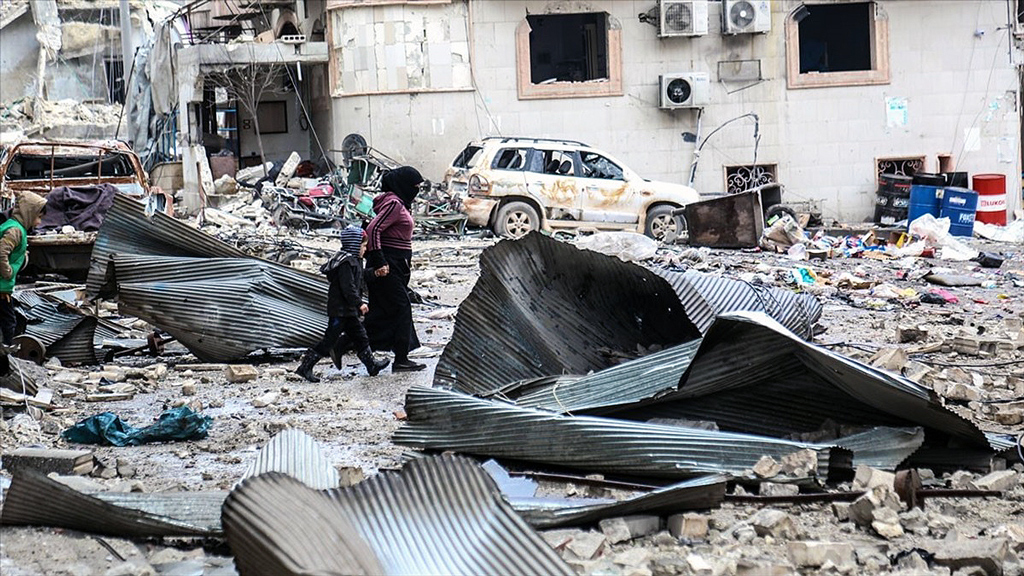 The limits of Turkish-Russian strategic engagement

The recent escalation of tensions around Idlib which have developed in response to coordinated attacks by the Syrian regime and Russia have put the pledges of the Astana and Sochi peace processes under a heavy strain..

The recent escalation of tensions around Idlib which have developed in response to coordinated attacks by the Syrian regime and Russia have put the pledges of the Astana and Sochi peace processes under a heavy strain. Despite their promises to Turkey, Russian and Iranian-backed parties to the conflict are destroying the fundamental pillar upon which a possible political solution for the Syrian crisis might rest. For the last three years, Ankara has cooperated and coordinated with Moscow and Tehran in order to stabilize the situation in the country. However, in return, Ankara expected Moscow and Tehran’s support in its struggle against Daesh and PKK/YPG. Ankara also expected Moscow’s help in preventing and controlling the flow of refugees streaming out of Syria. Unfortunately, Moscow and Tehran have not fulfilled these promises.

The Russian side has demonstrated that they do not believe in a diplomatic or political solution to the Libyan and Syrian civil wars any more than any other civil conflict in the region. Their position in the Ukrainian Civil War was similar; they benefited from the indifference of NATO and other international actors and expanded further. They believe that they are strong enough to change the status quo and get what they want by the use of force. They act comfortably because there is no other actor that has either the capabilities or the will to contain or limit Russian aggression in the region. The U.S. is not interested in limiting Russian military aggression either. 2020 is the year of presidential elections in the U.S., by which politicians will be distracted by their domestic agendas. The Russians will try to benefit from the distraction and may further their expansion in the region.

Putin’s Russia no longer considers Syria an external issue. Indeed, Russian military and intelligence now act like they own Syria and work on behalf of the regime. They have started to demonstrate reactions similar to those previously characteristic of Assad’s army and Mukhabarat intelligence service. In other words, the Russian military has replaced the Syrian army, Military Intelligence Directorate and Federal Security Service (FSB) to act together under the banner of Russia. This does not necessarily mean that the regime operates without autonomy on the ground. Rather, they have much autonomy in the field – albeit within the boundaries drawn up by their Russian counterparts.

The Russian military is very clear about how to end the Syrian civil war. They are struggling for a military solution in Syria in the same way that was successful in Chechnya – despite the Astana, Sochi, and Geneva processes. They believe the Grozny solution is the perfect fit for Idlib. They want to destroy and bury the whole opposition by fierce bombardment. They want to destroy the opposition-controlled areas around Idlib and depopulate those places. Regime and Russian forces deliberately target civilians and destroy the civilian infrastructure to make sure that opposition groups will not return any time soon. They want to destroy the very notion of opposition in regime-controlled areas through their cruelty in Idlib. Syrian regime forces and Iranian-backed sectarian militias have even destroyed cemeteries and transformed Sunni mosques into those serving the Shiite faithful.

These recent attacks on Idlib, characterized by the indiscriminate killing of civilians, is not a civil war but a crime against humanity. The Russian side plans to impose its political solution after destroying the opposition on the ground. However, an “order” built on rubble may not be one that is sustainable. Even pro-regime figures are unhappy about the cruelties enacted by Russia and the regime, not to mention the destruction caused by the Iranian-backed sectarian militias in the area.

The Syrian regime forces’ recent attack on the Turkish Armed Forces (TSK) has led to the death of seven Turkish soldiers and Turkish civilian in Syria. One of the most significant consequences of the latest attack by “regime forces” is the decline in trust in Russia as a strategic partner. Turkey is cooperating with Russia on a number of strategic and tactical issues. Turkish-Russian cooperation has deepened since Washington decided to contain and destabilize Turkey under the Obama administration. Washington’s irrational animosity against Ankara over the last several years has further weakened ties between the two NATO allies. Washington’s support for the PKK, U.S. Central Command’s (CENTCOM) ideological hostility against Turkey and Washington’s efforts to subdue Ankara by threats and sanctions have further pushed Ankara into the direction of Moscow. Ankara and Moscow had many disagreements on specific strategic issues such as Ukraine, Crimea and Libya, but the two partners have somehow managed to compartmentalize their relations.

Energy, trade and military technologies are the predominant areas of strategic cooperation between the two countries. Critiques of the strategic engagement with Russia continue to voice caution about deepening ties with Moscow. Strong relations and trust between Turkish and Russian leaders have allowed for improvements in the Turkish-Russian strategic cooperation. Despite Erdogan’s confidence in Putin, some people argue that it would be very risky to trust Russia in strategic issues. Unfortunately, the recent attack against Turkish troops in Syria has confirmed many of the arguments of Turkey’s Russia-skeptics. In response, rather than voice sharp criticism against Moscow, Ankara instead threatened the Assad regime, but everyone knows that Assad troops would not take such a risk without a green light from their Russian counterparts. Therefore, the recent attack against Idlib and targeting of Turkish troops have profoundly damaged trust between Ankara and Moscow. Moscow may think that it can afford to lose Turkey’s faith in return for winning the civil war in Syria, but winning the Syrian War may not help them to establish a sustainable order without cooperation with Ankara.

Russia may control Syria without Turkey, but if the Russian side wants to establish order and reduce its economic and military costs in Syria, they need to strategically coordinate with Ankara. They will eventually need European support for the rebuilding of Syria. The legacy of ethnic and political cleansing will not make such cooperation or coordination a possibility. Cooperating with Iranian-backed sectarian militias and the Assad regime’s bloodthirsty agents may help to win the struggle against the weakened Syrian opposition, but they will need more than those thugs if they want to establish order in Syria. Partnering with Turkey and cooperating with Europe will become gradually more important for Moscow after they manage to end the civil war – and how the conflict is ended will determine the nature of post-civil war relations. Turkey will be more reluctant to deepen strategic cooperation with Moscow after the recent attacks against Turkish troops and the violation of the principle of Astana and Sochi processes. How the Syrian civil war is going to end will be a test case for defining the limits of Turkish-Russian strategic engagement over the coming period.

Idlib is the test of tests
Next
Loading...
Loading...
We use cookies to ensure that we give you the best experience on our website. If you continue to use this site we will assume that you are happy with it.Ok