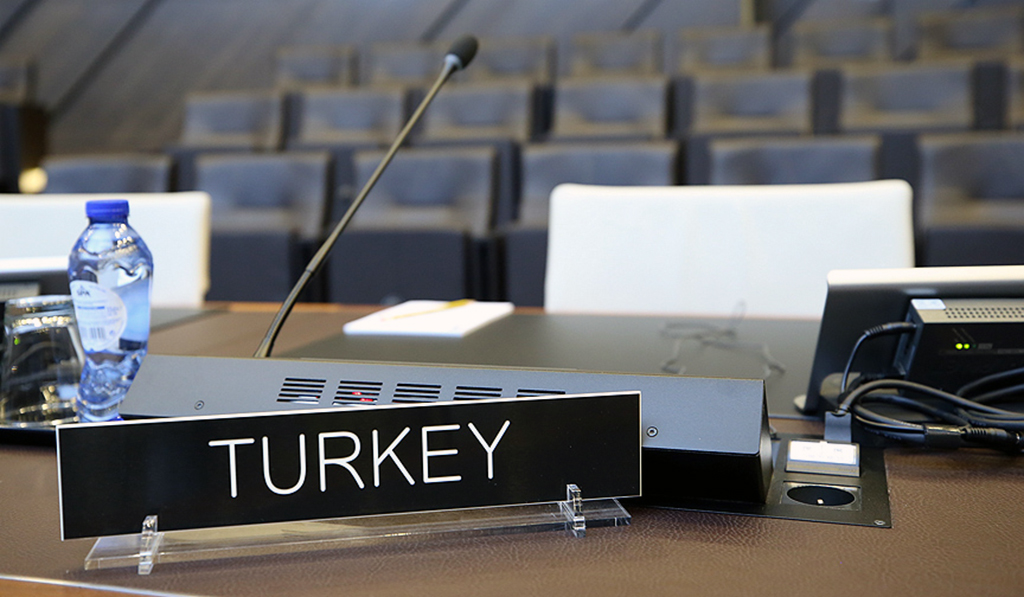 The last and next five years in Turkey

Concentrating on the results of the June 24 elections in Turkey, I temporarily turned a blind eye to Western media's coverage of this historic vote.

Concentrating on the results of the June 24 elections in Turkey, I temporarily turned a blind eye to Western media’s coverage of this historic vote. After skimming through countless stories and commentaries over the course of several hours, I realized that I wasn’t missing out on anything. It seemed that Western reporters and analysts were making the same old arguments but came up with new ways to call Turkey names, including “an electoral dictatorship” ruled by “a hyper executive presidency” – an “Erdoğan-state” that subscribes to “nationalist Islamism.”

Although Western governments were quick to congratulate President Recep Tayyip Erdoğan on his election victory, it is no secret that they are unhappy with the outcome. You can tell from the frustration of Western journalists, who remained hopeful throughout the campaign that Erdoğan was finally going to be voted out of office.

European media outlets, for example, are experiencing mixed feelings. They are unhappy that their hard work could not stop Erdoğan from clinching re-election. They encouraged opposition leaders to “keep fighting the good fight” and threaten that the Turkish economy could collapse. At the same time, they concede that Europe must cooperate with the Erdoğan administration to address pressing problems, including illegal immigration, over the next five years. In this sense, they feel that the president could rely on five years of political stability in talks with NATO and the European Union. Altogether, their sense is that things just got more difficult for Europe.

A claim that appeared in The Economist recently encapsulates European media’s view on Turkey’s future direction: “It was the evening of June 24, day one of what Erdogan calls the ‘new Turkey,’ a synthesis of Islamic nationalism and Ottoman nostalgia, and possibly the last day of the old republic founded by [Mustafa] Kemal Ataturk.” The “new Turkey,” warns the magazine, will be more Islamist, nationalist and authoritarian.

This twisted answer to the question where Turkey will be in five years’ time reflects an unwillingness to acknowledge what happened there over the past five years. If Western reporters took a moment to imagine how Germany or France would react if they underwent the type of domestic and international turmoil that Turkey has experienced since 2013, they would find easier to understand our point of view. The fact that we fought against three terrorist organizations simultaneously and survived a coup attempt is all that they need to take into consideration.

Moreover, the Turkish government sought to overcome such challenges by holding elections every single time. Over the past five years, the country held two presidential elections in 2014 and 2018, one local election in 2014, three general elections in June 2015, November 2015 and 2018, and a constitutional referendum in April 2017.

In this regard, Turkish voters consider Erdoğan’s struggle as a type of democratic resistance rather than an indication of lurking authoritarianism. By extension, they tasked the president with institutionalizing Turkey’s new system of government.

The Western notion that this national-native resistance is “nationalist-Islamist” or “anti-Western” does not reflect the truth; nor is it fair to act like the rise of populism in Eastern and Western Europe, which was fueled by hostility toward refugees, is the same thing as the national resistance in Turkey.

Here are two examples: First, Turkey – unlike Europe – welcomed refugees with open arms even though it was fighting terrorism and dealing with two civil wars in the region. Xenophobic nationalism could not take hold in our country. The rise of nationalist fervor in Turkey is directly linked to a sense of being under attack and a commitment to resist.

Secondly, Turkey has a strong democracy that allows the Peoples’ Democratic Party (HDP), which refuses to distance itself from the terrorist organization PKK, to be represented in its Parliament. A quick look at Spain, which faces no terrorist threat whatsoever, would be enough to appreciate the significance of this development.

Another outcome of the past five years was the need to redefine Turkey’s relationship with the West. Blaming current tensions on Erdoğan does not make them go away. As a matter of fact, the Turkish public increasingly views Turkey’s efforts to redefine its role within the Western alliance as part of the struggle for democracy.

Under the circumstances, Western governments would be wise to take stock of the past five years if they hope to enjoy closer relations with Turkey in the next five years.