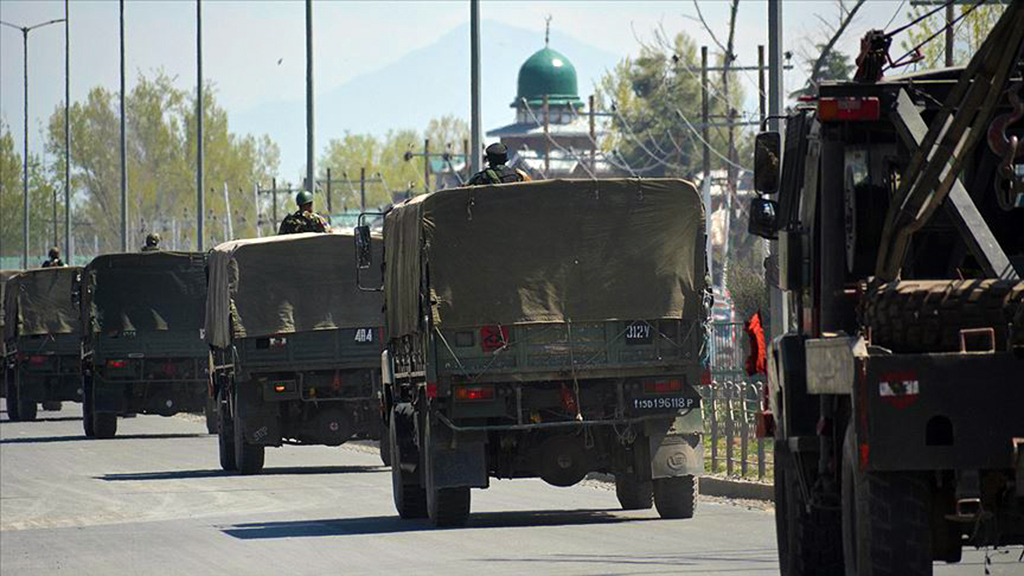 The Kashmir crisis and the decline of pluralism in Asia

Indian Prime Minister Narendra Modi revoked Article 370 of the Indian constitution which gives autonomy to Jammu and Kashmir. India's decision flared up new tensions in the region and led to protests in Jammu and Kashmir as well as in neighboring Pakistan.

Indian Prime Minister Narendra Modi revoked Article 370 of the Indian constitution which gives autonomy to Jammu and Kashmir. India’s decision flared up new tensions in the region and led to protests in Jammu and Kashmir as well as in neighboring Pakistan.

These decisions did not come as a surprise, taking into account the discourse and practices of India’s ruling, Hindu nationalist, Bharatiya Janata Party (BJP). There is an increasing pressure on the Muslims in India and increasing communal riots targeting businesses, places of worship, schools and even the homes of Muslims in different states.

Rising levels of tensions between India and Pakistan is not just a demonstration of an inter-state escalation or a conflict but is a more profound tension which infiltrates the ordinary people, spreading a sense of hate.

There is a persistent decline in pluralism and tolerance of ethnic, religious and other minorities in South and Southeast Asia. The recent escalation in Jammu and Kashmir has significant geopolitical underpinnings, which has brought the issue of geopolitical competition of the world powers to the fore.

Most policymakers discussed and cautioned of the possibility of nuclear escalation between India and Pakistan, but no one really voiced concerns related to the rights of people in Jammu and Kashmir or criticized the violation of international laws. The recent tension in Jammu and Kashmir is at the same time, a demonstration of a broader problem in the entire region.

Geopolitical competition between China, the U.S. and India, and the emerging alliances affect the recent escalation in the region, and it seems that this competition will continue by further escalation of tensions in the coming years. Due to geopolitical arrangements and alliances, the world public seems to avoid increasing pressures on minorities.

Macro-level tensions between leaders usually have a significant impact at the communal level. There is a rise of the “national security state” in the region, which undermines the pluralistic credentials and the rule of law. This may constitute a broader structural problem which may have a long-term impact.

Security-oriented calculations and geopolitical competitions between world powers undermine the principles of pluralism that represents the seeds of stability at the grassroots levels in the region. Despite the tensions between the states and communal competitions and conflicts, the pluralistic communities in the region have managed to survive for a long period of time.

Those tensions were both the cause and consequence of electoral and economic rivalries, but the rule of law and the more pluralistic vision of the bureaucrats helped to manage those frictions.

Pluralism in decline across region

We are experiencing a rapid decline in pluralistic visions and practices in the region and the rise of authoritarian populism, which no more respects the rule of law. Authoritarian populist leaders and parties in the area target minorities as soft targets, but their main struggle is against the notion of pluralism.

While the Indian subcontinent seems to be the focal zone for the decline of pluralism, the overall trend is not peculiar to the subcontinent. Hindu nationalists in India; the secularist elite in Bangladesh; Buddhist political actors in Sri Lanka and Myanmar and the military establishment in Pakistan force their versions of political mainstream which limits the social and political space for minority identities and minority views.

Myanmar experienced a genocide where Rohingya Muslims were the victims. China’s treatment of Uighurs and the recent tension in Hong Kong raises a concern about China.

Despite the economic progress and increased political and cultural engagement with the rest of the world, the Chinese establishment seems to be less tolerant of religious minorities.

In Sri Lanka, after the April 2019 terror attacks increased tensions there is increasing pressure on the Muslim minority and the other ethnic and religious groups.

Indian Muslims who are under the pressure of Hindu nationalists will also be affected by the pressure. Indian officials and intellectuals are often proud of the statement “India is the largest democracy in the world,” a idea that can hardly be maintained if the pluralist foundations of Indian democracy crumble.

Pressuring minorities and suspending the political, institutional and cultural components of pluralism is becoming mainstream in Asia. This is a dangerous trend and transformation, which may generate new tensions in the region and obstruct the economic development of new power hubs.

Opposition must help HDP distance itself from PKK terror
Previous

The brutality of the Assad regime remains unchanged
Next
Loading...
Loading...
We use cookies to ensure that we give you the best experience on our website. If you continue to use this site we will assume that you are happy with it.Ok