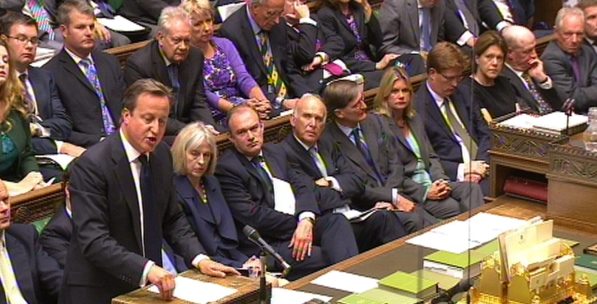 The Intervention in Syria: The Fear of Western Hegemony

Following the use of chemical weapons by Bashar al Assad, who has violated all the red lines in international politics, the US and others have started to discuss a possible military intervention in Syria, but this is mostly because they have concerns about maintaining the legitimacy of the international system.

The Arab uprisings burst into flames with the spark in Tunisia in late 2010 and ended shortly with revolutions; i.e., with regime changes in three countries. The wave of revolts spreading unexpectedly and rapidly has turned the balances upside down in the Middle East. In fact, the wave of revolts was basically against the status quo which had been formed disconnected with people and based on the artificial regional political system established by Sykes-Picot of the Western colonialist countries in the early 20th century and fortified at Camp David towards the end of the century. In other words, the Arab uprisings, in fact, were riots against the political and economical order set up in the region by the Western countries. First of all, the on-going uprising against the Baath regime in Syria as of early 2011 should be discussed in this context. During the revolt in Syria, over a hundred thousand civilians died, millions were injured or became refugees so far. The international community did not even show a serious reaction to the mass killings committed by Bashar al Assad against his own people. For different reasons, except Turkey and a few small countries, global and regional powers did not adopt a clear-cut attitude against these massacres.

The general opinion is that use of chemical weapons is a crime of humanity according to international norms and laws, and it should be retaliated. Therefore, as the requirement of the doctrines of “humanitarian intervention” and “responsibility to protect, R2P”; global powers, starting with the permanent members of the United Nation (UN) Security Council, should take action and punish the violator of the law. The R2P doctrine was developed in a report prepared by the International Commission on Intervention and State Sovereignty in 2001. Starting with this report, the UN in 2005 approved the World Summit Outcome Document, and the UN Secretary General Ban Ki-moon released the report titled “Implementing the Responsibility to Protect” in 2009. According to these documents, each individual State has the responsibility to protect people who are subjected to mass massacres outside national borders as well. The State shall apply this as a final resort after consuming all diplomatic channels.

Developed after the failure of the international system and the reluctance of the Western global powers in the 1995 Bosnia/Srebrenica and the 1994 Rwanda massacres, this principle suggests taking concrete steps in terms of humanitarian intervention. It also holds the states accountable for the protection of peoples against humanity crimes. According to this, if a country cannot resolve her issues within national borders, an international intervention is deemed proper. However, practice always lags behind theory and principles cannot be put into practice. For instance, the R2P doctrine applied against Muammar Gaddafi in Libya was not implemented to prevent crimes of humanity in Syria where over a hundred thousand people died so far, and in Yemen where thousands were killed. The UN Security Council’s reluctance in Syria and Yemen should not be a surprise or a disappointment. The reason is that implementation of this doctrine is possible with the fulfillment of the real-politics principle, not with humanitarian reasons only. Or rather, practical political reasons and national interests weigh more. Implementation of this doctrine in a sense enables the legitimacy of external interventions by Western countries. The Western aggression continues under the guise of humanitarian intervention and sometimes these interventions end in humanitarian crimes.

The first and the most legitimate intervention alternative is the one accompanied by a UN Security Council resolution. As far as international legitimacy is concerned, this is the first plan that comes to mind and this is Turkey’s first choice as well. However, Russia and China, as the two veto-power countries of the Council, back Assad; therefore, a UN resolution in favor of an interventio

The Coup and Resistance in Egypt
Previous

The Secular World's Fantasy of Participation/Deliberation' Heaven
Next
Loading...
Loading...
We use cookies to ensure that we give you the best experience on our website. If you continue to use this site we will assume that you are happy with it.Ok