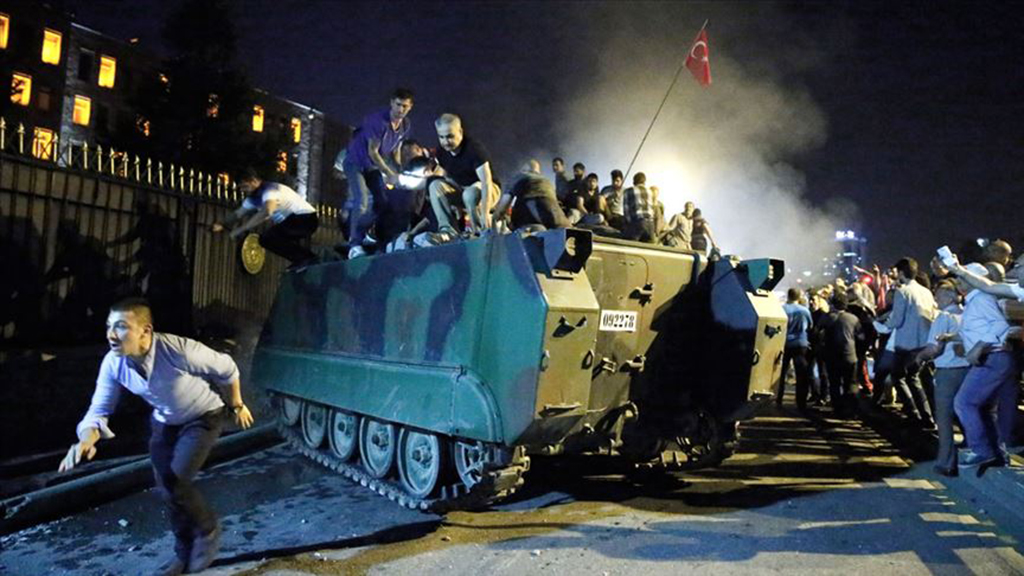 Three years ago, on July 15, a military junta, led by members of the Gülenist Terror Group (FETÖ), attempted to overthrow Turkey’s democratically elected government. The coup attempt was thwarted by millions of Turkish people, who took the streets and resisted against the heavy weapons without resorting to violence. To honor their contribution, the government declared July 15 as Democracy and National Unity Day, which is celebrated by millions of people nationwide.

The July 15 military coup attempt has been considered as one of the most significant turning points for the Turkish domestic and foreign policies. Since domestic policy determines the quality of foreign policy, it is necessary to focus on the impact of July 15 on the domestic politics of Turkey.

First of all, the coup attempt ended up with the strengthening of national unity and the consolidation of the Turkish political system. The post-coup process indicates a large adjustment in consolidating state power.

Second, the government initiated a comprehensive reconstruction process and transformation of state institutions and that of the domestic political system with the support of the people. Many important legal changes including the new presidential system, restructuring of state institutions and a comprehensive judicial reform were made. However, it will take some time to benefit from these large-scale changes.

Third, some of the changes in domestic policy, such as the transformation of the administrative system and the groundbreaking developments in the defense industry, have significant impacts on foreign policy orientation and behavior.

Especially innovation in the defense industry, such as the production of unmanned aerial vehicles (UAVs), gets the whip hand of the government in its struggle against terrorism. Therefore, Turkey now can take more independent initiatives in terms of hitting terrorist targets and gathering intelligence.

Ultimately, a more capable Turkey is less dependent on other states in the struggle against transnational terrorism.

Similarly, the coup attempt has significantly influenced Turkish foreign and security policy orientation. Turkey has increased its capacity and capability in executing operations in order to protect its national independence and territorial integrity.

First of all, after the purging of the coup plotters, the power of the Turkish Armed Forces (TSK) was consolidated. FETÖ members in the army were hindering the capability of the state because they were distorting any effective step and measure taken against the powers of instability. In the end, the TSK first maintained and then increased its deterrent power.

Second, the deterrent power of the TSK was tested in the Syrian conflict. The FETÖ affiliated military officials were hesitant to interfere in the Syrian crisis and take initiatives. The consolidated armed forces during the post-coup attempt period facilitated the execution of the two military operations, namely Operation Euphrates Shield against Daesh and Operation Olive Branch against the PKK-affiliated People’s Protection Units (YPG)/Democratic Union Party (PYD).

These two operations in northern Syria were very successful in military terms. Turkey has strengthened its position in the Syrian conflict after its unilateral interference. It prevented the projections of other actors involved in the crisis and thus indicated that it is a game changer in the region.

Third, Turkey accelerated its efforts of diversifying its foreign relations, especially its providers of weapon systems. In this context, Turkey has bought S-400 defense system from Russia on the one hand and attempted to buy Patriots missiles from the U.S. on the other. In spite of heavy pressure from the U.S., Turkey was determined to buy S-400 missiles and the planes carrying parts of the defense system landed in Turkey on the third anniversary of the coup attempt.

Although Turkey faces many challenges emanating from the Middle East and the wider region, it is determined to balance against these challenges with its own human and material resources. Today, Turkey is more capable of protecting its national interests, securing its borders against illegal infiltrations and taking initiatives in its region.

After the two successful military operations in Syria, Turkey has recently initiated the Operation Claw in Northern Iraq against the PKK and has sent two drillships (the Fatih and the Yavuz) and one seismic ship (the Barbaros) to the Eastern Mediterranean. In short, when forced, Turkey is able to take unilateral measures to find solutions for the crises it may face in the future.

Struggling against the global FETÖ threat
Next
Loading...
Loading...
We use cookies to ensure that we give you the best experience on our website. If you continue to use this site we will assume that you are happy with it.Ok