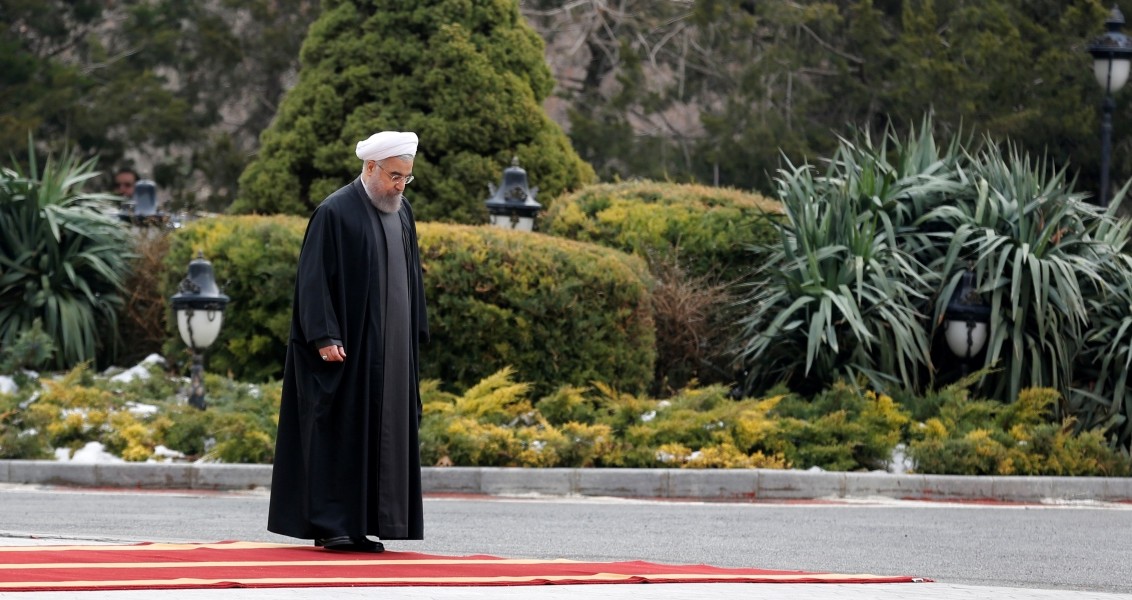 The Impact of Iranian Over-Expansionism on Regional Politics

Iran looks like the winner of the current regional game, however in the long run, it cannot sustain its policies, the cost of which will continue to rise, politically, militarily and economically

Iranian expansionism has been one the most important factors influencing foreign policies in Middle Eastern states. Iran has followed a consistent foreign policy in the region since the 1979 Revolution. The Iranian state, with its official bureaucratic bodies and quasi-official religious institutions, has been invested in the politics of almost every regional state. After heavy Iranian infiltration, Iraq was transformed into a Shiite state; similarly Syria and Yemen are in the process of becoming Shiite states. Since the revolution, the Iranian state simultaneously has followed two distinct foreign policy strategies. Both strategies, which necessitate the instrumentalization of Islam and Shiism, facilitated the expansion of Iran’s role and influence. The first strategy utilized pan-Islamism in which Iran tried to export its revolutionary ideas to other Muslim states, Sunni and Shiite alike. Iran used the religion of Islam, which was/is the biggest common denominator in the region, as an instrument and tool of Iranian expansionism until the advent of the Arab insurgencies. Iran presented itself as the only revolutionary power representing oppressed peoples in the region against pro-status quo states.

The second strategy is pan-Shiism. With the advent of the Arab revolutions, Iran immediately abandoned its pan-Islamic strategy and began to emphasize the Shiite identity. Since then, Iran has focused on all Shiite-related groups, including all versions of Shiism and mobilized them for its foreign policy objectives.

The Iranian state has utilized pan-Shiism as an instrument of its regional expansionist policy since the invasion of Iraq. Western, i.e. American, regional policy facilitated the introduction of the sect or denomination to be accepted as the main component of social and political identity, which also facilitated the Iranian expansionism. Not only the West and Iran but also Sunni Muslim countries began to disregard all other attributes, such as religion (Islam in particular) and ethnicity (Arab, Turk, Fars and Kurd).

Accordingly, Iran has tried to transform all versions of Shiism to create a uniform belief system to serve its strategies. Iranian social and religious institutions began to penetrate regional states’ social and political structures. Other versions of Shiism, such as Zaydiyyah and Nusayriyyah, were uprooted from their traditional understandings and brought closer to the Twelver Shiite version.

The Iranian religious authority, the supreme leader who is the commander in chief of the armed forces and the provisional head of the three branches of the state (legislation, judiciary and executive), began to be accepted as the ultimate political authority for non-Iranian Shiite groups as well. That is, non-Iranian Shiites began to declare their loyalty not to their national political leaderships, but to the Iranian religious authorities.

The Iranian state has followed a two-layered Shiite regional policy. Iran, which enjoys a monopoly of Shiism, initiated a process of tashayyu (to convert someone to Shiism). In the first layer, Iran initiated political tashayyu in countries such as Iraq, Syria, Yemen and Lebanon; it has followed social and religious tashayyu in other regional countries such as Turkey, Egypt and Tunisia. This strategy, which led the Iranian state apparatus to consume 36 years of investment in several years, forced Iran to follow an over-expansionist regional policy. For the mid and long term, Iran cannot sustain this policy, the cost of which will increasingly rise politically, militarily and economically. Iran can be seen as the winner of the regional game, but in the long run it will be one of the big losers in the region. In particular, mass killings by Iranian-backed and led Shiite militia groups in Iraq and Syria will not be forgotten by the people. Thus, this sectarian over-expansionism will create devastating future problems in the region, for Iran, in particular, because it sews sectarian hostilities that do not favor the minority.

In this context, no power challenges Iranian strategy. On the one hand, there are no concrete long-term strategies or political projects on the Sunni side to challenge Iranian sectarian strategies. Most of the time, Sunni states such as the Gulf countries, which encounter many unexpected challenges that threaten their national security and territorial integrity just try to save the day. On the other hand, the regional Arab and Sunni states and societies are divided.

Some Sunni Arab states, such as the United Arab Emirates, try to isolate Turkey; the only country that pursues a non-sectarian regional policy and the only remaining balancer state against the Iranian expansionism and infiltration in the region. In the absence of a strong state system in the Arab world, politically Turkey is the only regional balancing power to normalize Iran and prevent its destabilizing infiltration.

Now Do You Understand What Turkey Is Doing?
Next
Loading...
Loading...
We use cookies to ensure that we give you the best experience on our website. If you continue to use this site we will assume that you are happy with it.Ok